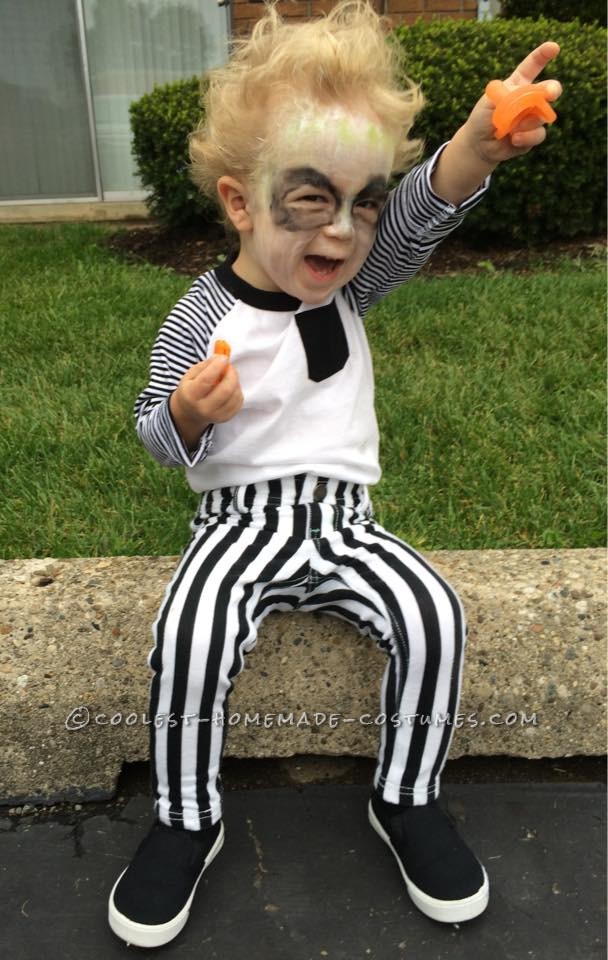 As lil man’s mom, I’ve always wanted to dress up like Beetlejuice but never had the opportunity so I lived the moment through his costume. We are in the running for a local contest in Louisville KY. and hope to win win win! I’ve never had so many compliments on a single thing, and I know that creativity is Key. We always make our costumes, because who wants a store bought costume anyway? Hunter is such a hyper little boy, that his daddy was amazed when he stood still enough for me to put makeup on his face. He even assisted mommy in doing so. His hair grows so fast so we kept it longer to be Beetlejuice and added a lil gel to keep it messy. I searched everywhere for vertical stripes.  When I found his pants I knew this was going to be a huge hit! The rest came easy on finding his costume. My lil man’s personality is out of this world, and he loves being in this costume.

Hair: Gel it up. If you don’t have blonde hair you can spray it with white.

Makeup: You need green white & black. Put green on hair line and a little on forehead. White makeup all over face and black around the eyes. I used the non-smear makeup because he’s a toddler and as an adult when I’m wearing makeup it’s hard not to rub and wipe off.

Be creative, and add your own piece of creativity :D

I know my son Hunter has the “coolest-homemade-costume”, don’t yall agree? 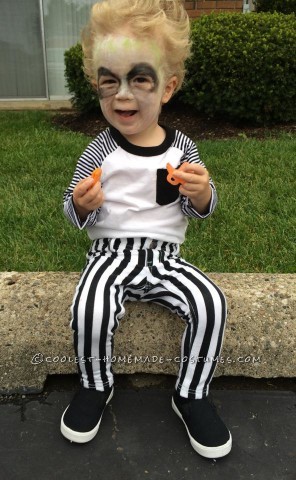 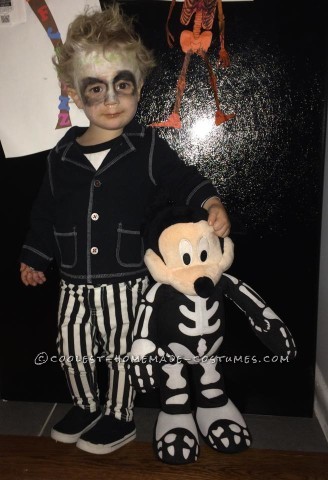 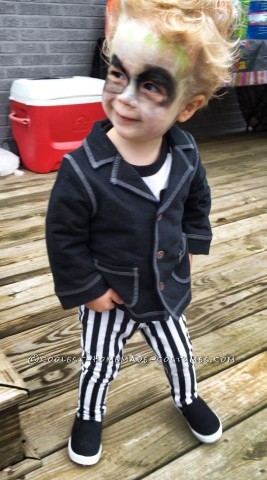 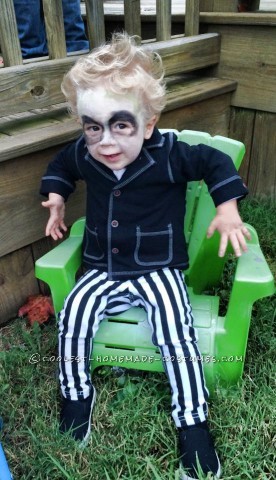 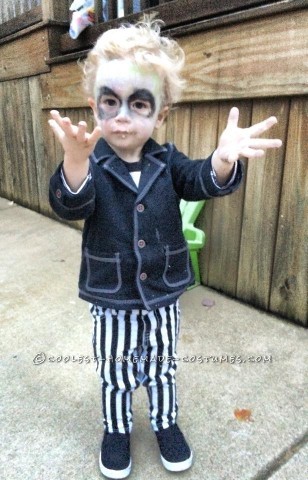