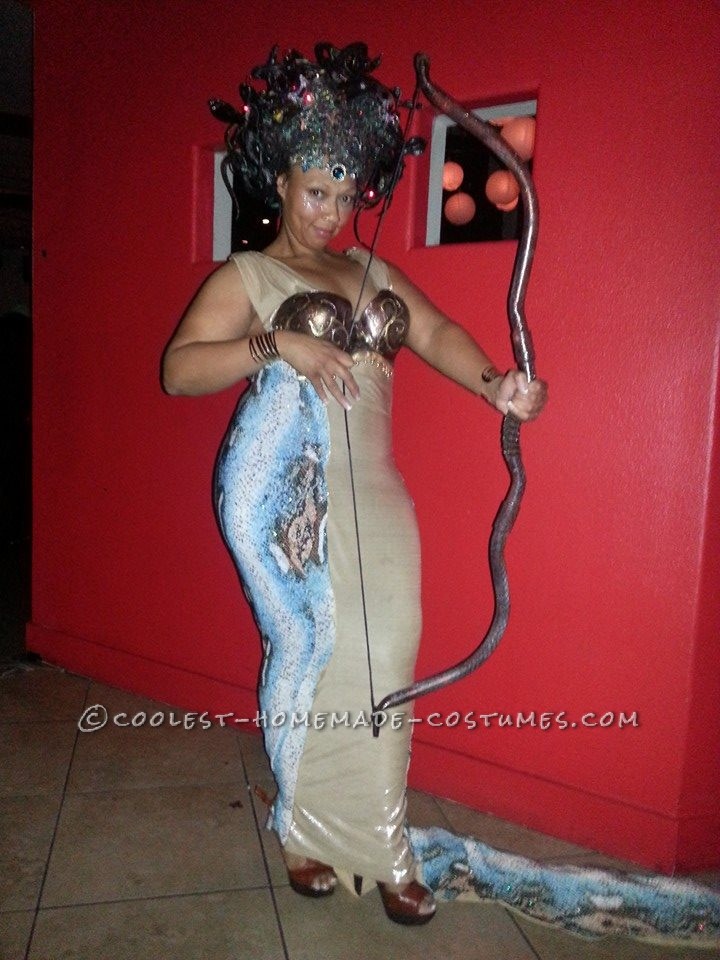 The bow is PVC pipe that was heated with a heat gun to bend. I then painted it black. Once dry, I covered it in a fishnet stocking an painted it orange, bronze, and white to make a snake pattern. I then attached a bowstring.

The headpiece is a soccer ball, foam, and wire with rubber snakes. The idea for the headpiece from the base came from a 2012 submission, but due to the size of my head, I had to go a different route. So I used the  halved soccer ball, a foam ring around the ball, battery powered LED lights attached to the base, and a ton of rubber snakes. I ordered foam wire (wire wrapped in foam that are used in tomato vines) to position the snakes and also serve as a filler for snakes. I spray painted it black,  tossed on a ton of glitter on it , and sealed it. The crown was made from a pack of foam webs I glued together in a way to make a pretty but menacing crown.

The bra armor is a bra coated in molding resin to make it hard and painted to make it look bronzy.

I created the pattern for the dress with brown craft paper. The plan was to mimic the snake with a snake belly, which is gold. The rest is snake patterned fabric. For the tail, I use fabric remnants and added a  ” rattle” at the tip with small beads and a plastic container. I placed it in the tip of the tail, stuffed the tail and sewed it onto the dress. 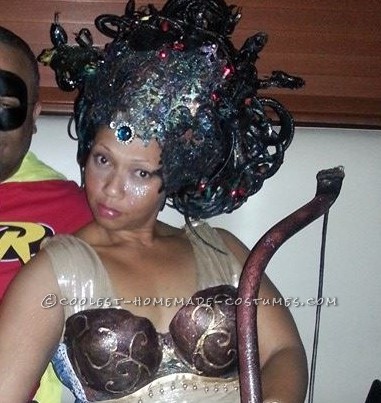 2 thoughts on “Homemade Medusa the Warrior Costume for a Woman”