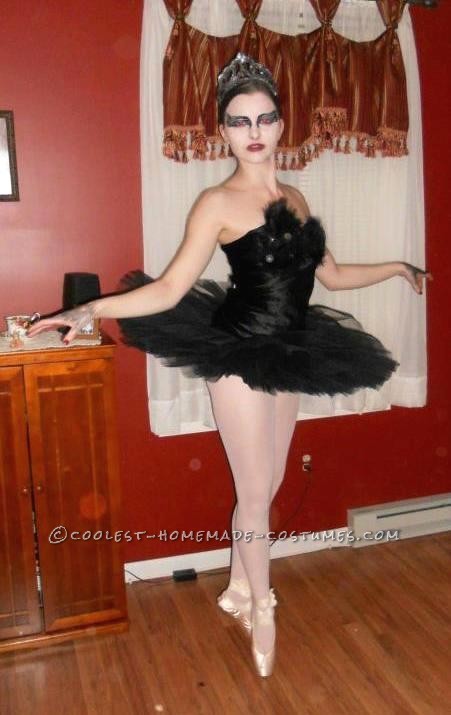 This was my Black Swan costume for 2011. After I saw the film I wanted to do the costume and also a lot of people started telling me that I look like Natalie Portman. I already had the pointe shoes and tights. I bought a rehearsal tutu online. Then I bought a zipper up corset from Charolette Russe and used black crushed velvet and sewed a top that wrapped over the corset.

Then hot glued black feathers, silver gems, and silver sequins that I darkened with watered down black acrylic paint onto the velvet. I also left a lot of the messy glue on it to give it that melted and evil look. Then I bought a cheap sequin crown and darkened it with watered down black acrylic paint. Painted my hands and used the makeup tutorial from Michelle Phan on YouTube to do my own makeup. 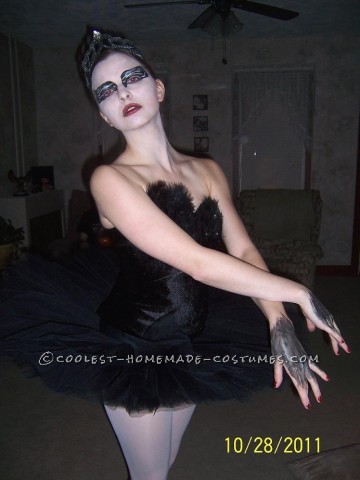 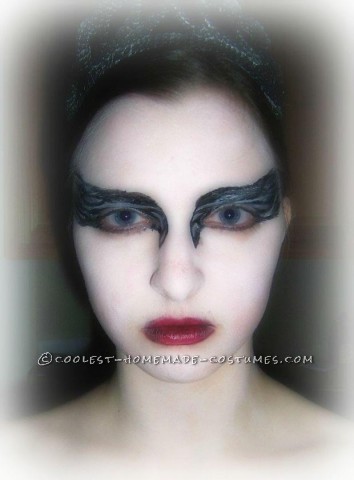 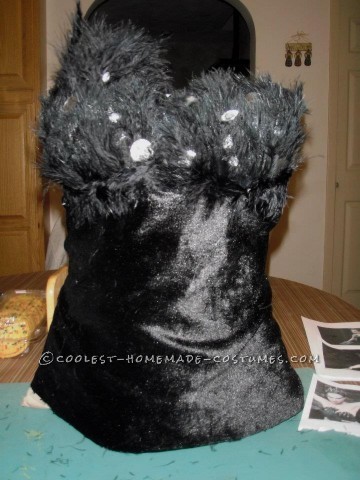