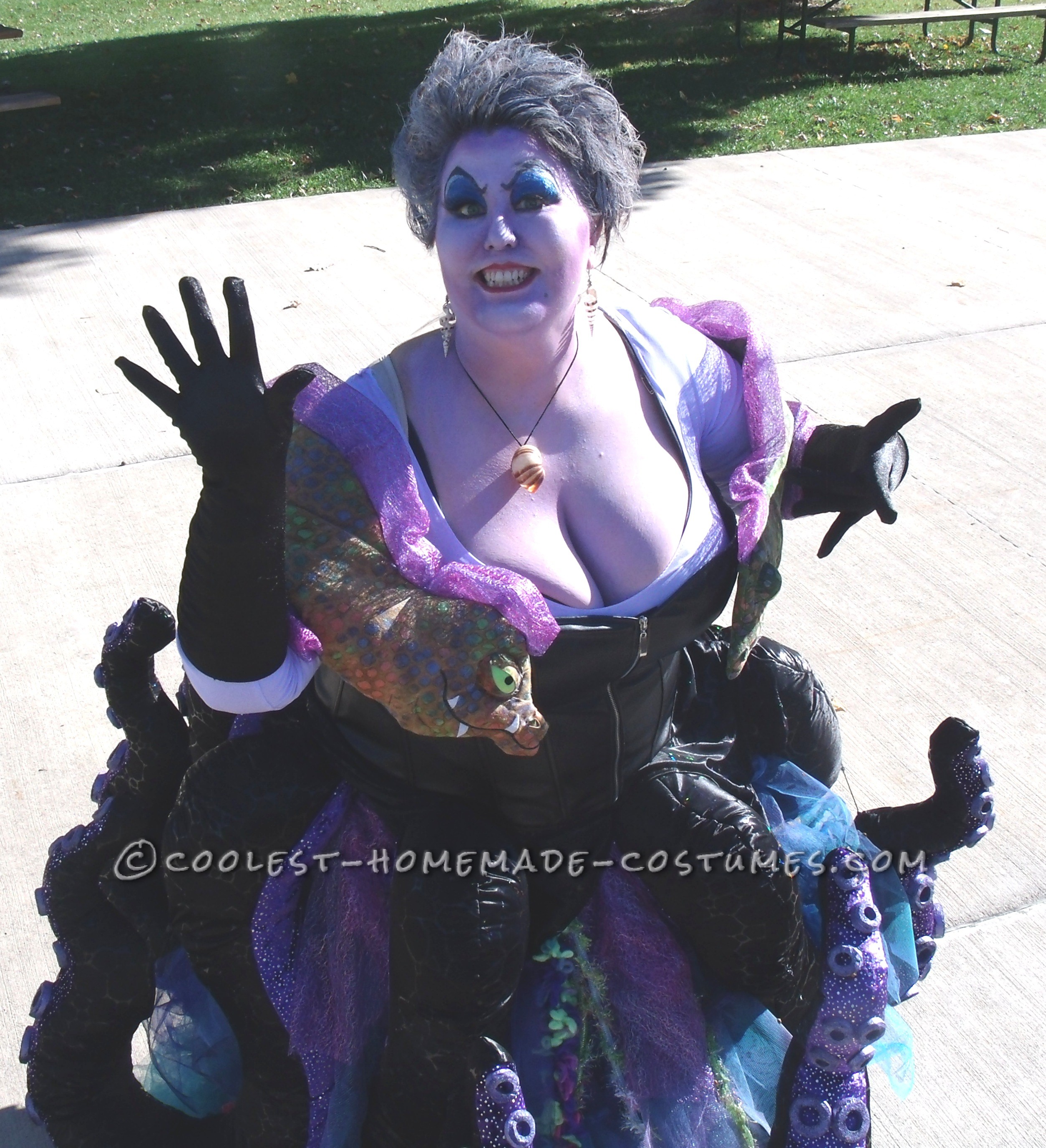 I have thought about attempting Ursula for years. This May, I came across the perfect black fabric. It happened to be last years Halloween supply. I was a little nervous that I wouldn’t find enough. I had to have extra shipped from another store.  This fabric is silky black but has an iridescent rainbow pattern. It almost like someone blew bubbles and they landed on the fabric and popped. All that is left is the soapy residue. So then my quest began.

While scanning pictures of past Ursula costumes I noticed that the tentacles were made of once strip of black and one strip of purple. They either just hung down or were folded upwards. I wanted mine to be a little more free formed. So instead of a pillow shape I went with a “triangle shape”. One problem I had was that the fabric was stretchy. So I also bought a basic flat black.  I cut a squiggly shape out of cardboard and used ti as a stencil, so they would be similar in shape.  In order to re-enforce the sheer black I had to cut 2 shapes out of the main sheer black cloth and 2 shapes out of the non-stretchy basic black fabric( Same with batting all sewed together). The purple fabric was also stretchy and needed a second piece of non-stretchy fabric. In all there are 8 shapes of fabric and batting to make 1 tentacle! I sewed in loops to attach them to a belt. To make the suction cups I cut a pool noodle and foam pipe insulation into doughnut shapes and painted them purple. They were carefully hot glued on. There are 152 suction cups!

Weight also became an issue. Individually they are light but all together they probably weigh 30 – 40 lbs. I could not pull the belt tight enough to keep them on. So I came up with a plan. I used a 3/4 inch pex pipe( flexible pvc pipe). I rounded it as best as I could. I threaded the belt through the center of the pipe and strung the loops of the tentacles over the pipe.I use a parachute clasp to keep it together. I also have straps coming down from my bra that hook into clasps on the belt, to create a some sort of harness.

The eels were probably the most challenging. The fins and eyes light up. For the eyes I cut a ping pong ball in half and glued fabric around the eyes to make lids. In most craft store you can find small lights in the wedding section. On the back of the eels I made zipper access to deal with the lighting and also to store my money and I.D. for outings and events. The water skirt was a thrift store find. It’s the tule skirt that goes under a wedding dress. I sprayed it blue, purple,and green. I glued on bright yarns and mesh tubular ribbon for sea weed.

The corset and gloves were bought on line. I just added a fringe of fabric to the bottom of the corset to hide the belt. For the makeup I just watched several youtube tutorials. I ratted my hair and used the Got2be glued product from swartzkopf. It took me about 2 and a half hours to complete the makeup and hair. During my photo shoot we were attacked by hundreds of biting Japanese beetles (orange lady bugs)! We were only at the park for less then 30 min and grabbed what photos we could. This day, was the first day, I saw the costume all put together. I am very pleased with how it turned out. Sometimes I amaze myself! 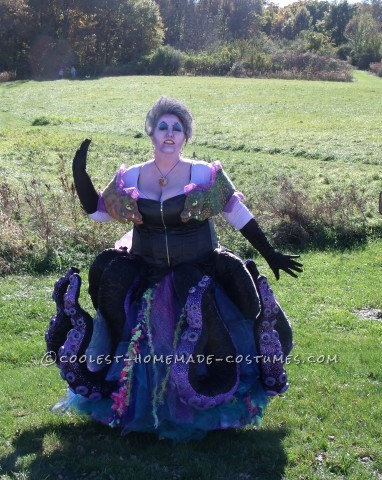 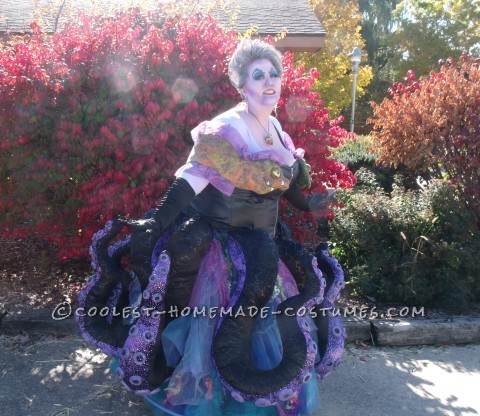 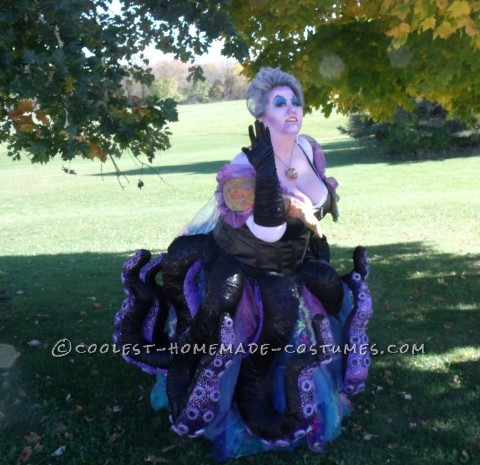 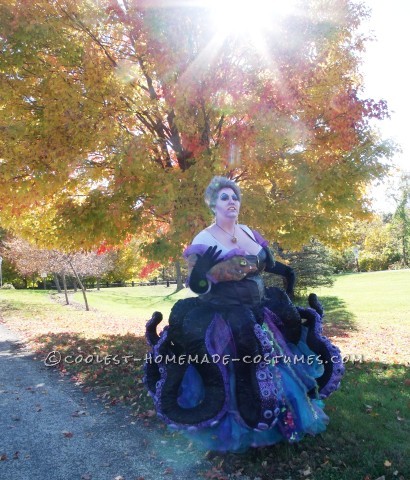 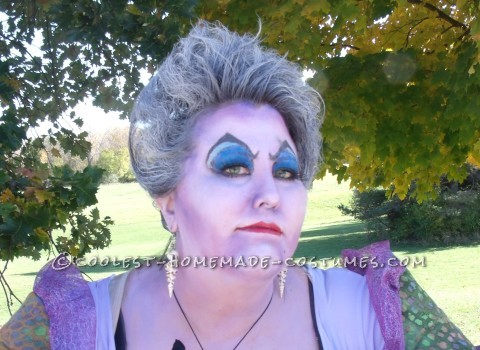