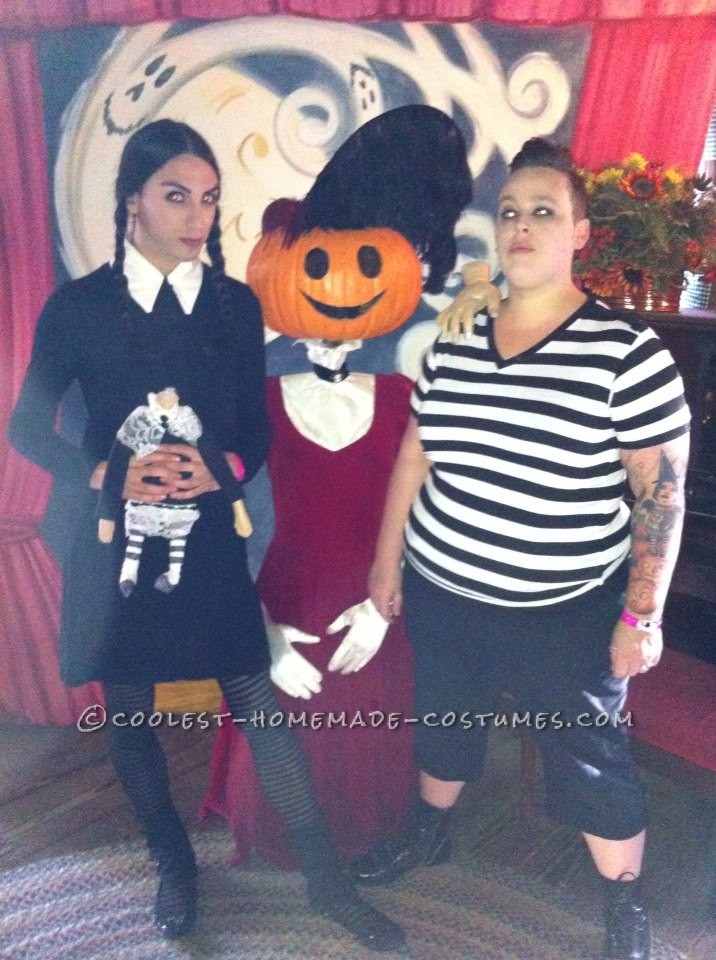 My girlfriend and I take Halloween pretty seriously, and we take dressing up very seriously too. And by ”seriously” I mean we have tremendous fun with it! This year, we ended up making so many costumes for other people, that we hadn’t even decided what we were going to dress up as until Halloween was almost upon us.

We had however bought our tickets for Mickey’s Halloween Party at Disneyland, and would be leaving in just a couple days. The previous year we had been robots, and knew that in order to move freely in the park and get on rides, we would need more hassle-free costumes than some of our previous creations.

Then, the Friday before Halloween, out with our lanky friend in the sexy taco costume we had made him, he revealed that the previous year, he had been inappropriately cast as Pugsley Addams in a couples costume. My girlfriend and I are huge Addams Family fans, and decided to co-opt their idea. My black hair had just reached the perfect length for Wednesday’s braids, and the costumes would be fairly easy to pull together and to move around in.

The Addams Family began as New Yorker cartoons drawn by Charles Addams, and have been featured in a syndicated cartoon, a live-action television show, and a handful of feature length movies. This means that, while there are certain defining characteristics, you can take some liberty with the characters.

Pugsley Addams wears a striped shirt, black shorts, and boots. My girlfriend already had a good pair of boots, and a pair of pants she was up for cutting off, and I found a cute black-and-white striped shirt for $15 that had a V-neck and little black epaulets on the shoulders. Classic enough to fit Pugsley, but with details that made it a little cuter.

For Wednesday, I thrifted a black cotton dress for $5 that fit my long arms. The above-the-knee hem and high waistline gave it more of a little girl look. Wednesday’s dress of course has a white collar, and in some versions cuffs. I opted for just a collar. To save money and time hunting for the right collar shape to cut off of a shirt, I instead cut up a thick white bed sheet. I sewed three layers together to give it the appropriate stiffness. The sheet had plenty of material, which allowed me some trial and error.

I had recently bought a bunch of black canvas, which I cut a strip of and hemmed the edges to make a placard of buttons for beneath the collar.

Wednesday usually wears old-timey button-up black boots, which I would kill for a pair of, but with our time and limited budget (anything we spent on costumes would be money we couldn’t spend in Disneyland!), I thought it would be better to make spats with materials we had on hand. I used more of my black canvas and traced the pattern from a light-colored pair of spats we already had.

She usually wears black tights, but I noticed in some of the original illustrations she has a gray and black vertical stripe, which helps break up all the solid black of her dress and boots. I had a pair of black tights with horizontal stripes, sheer and opaque, which echoed the stripes of Pugsley’s shirt. If I had used black-and-white striped tights I think it would have looked too ”mall-goth” which is not Wednesday’s look at all, but having some kind of dark texture or pattern makes the costume pop a little more. I wore two pairs of flesh-tone pantyhose underneath the black to cover my leg hair.

I had everything ready for us to be an excellent Puglsey and Wednesday, but I had a few more hours before we left for Anaheim, and a 6-7 hour road trip to sew during. So… props. In researching the costumes, I saw Wednesday holding a headless doll, and a couple Addams Family costumes that included Thing, the family pet that is a human hand.

My girlfriend wanted her Pugsley accessory to be dynamite or poison, which would have been perfect if we weren’t going to Disneyland. If you go at Halloween, be sure to check their costume guidelines. They have rules about weapons and masks. And if go as Disney characters, you aren’t supposed to pose for pictures or sign autographs. I didn’t think any kids would ask for Addams Family autographs, but I wanted to keep my options open.

I splayed my fingers out as wide as they could go, and traced generously around them, then cut around the line. I sewed the pieces together up to the wrist, then turned it inside out through that opening (using the back of a pen to push the fingers inside out). Next, I hot glued fake nails on each finger that I had gotten a huge pack of in Chinatown for another costume.

I had to finish sewing all the machine-sewn parts before the drive, so I started conceiving of a headless doll that could act as a purse. I sewed Velcro on opposite sides and ends of a rectangle of black canvas, folded it up like an envelope with the Velcro meeting in the center, and sewed the non-Velcro ends together, making a little pouch big enough for my phone, wallet, and any other little things I might need in the park.

Next I sewed a pair of arms and a gaping neck with my beige felt, and a pair of white legs from my sheet. I threw these appendages into a bag with white lace trim and a scrap of stretchy, non-fraying black fabric to figure out the arms along the drive.

I also packed more than enough black buttons for my dress and spats, Velcro, pipe cleaners to build a bendable armature for inside of Thing, stuffing, scissors, black, white, and beige thread- I somehow forgot sewing needles, but we picked up a sewing kit with three of them for five bucks at a truck stop. And don’t forget safety pins!

As we drove, I finished Thing, wrapping stuffing around the armature then putting it in the hand like a glove and finally sewing a circle of beige felt into the wrist to seal it shut.

For the doll, limbs got sewn along the edges of the purse pouch. I extended the hem with white lace and used a bit at the neck to echo the collar on Wednesday’s dress. I wanted her to have shoes, so I packed a Sharpie and drew a pair onto the white cloth legs, then added stripes. The pen had a very illustrative texture which looked great with the Addams aesthetic. I sewed some little buttons on to give the doll spats too, and another pair of buttons at her throat- the same I used for the front of my dress.

I used plastic, faceted black buttons that caught the light nicely, which helped give the black of the outfit a little more depth. I sewed Velcro by hand into the spats (something I don’t recommend), I had been hoping for button holes, but they are way too time consuming, but I sewed five shiny black buttons onto each spat.

The morning we were going to the Halloween celebration in Disneyland, we took our time in the morning getting ready. I discovered that the laces still showed under the spats on the black shoes I had brought, so we went to a nearby Target and found a pair of sparkly black ballet flats which glammed it up a little bit, but would still be fairly comfortable to walk around the park in.

Back at our hotel room, I pulled the stretchy black dress over my head, then my girlfriend helped me safety pin the collar around my neck. We pinned Thing to her shoulder with two safety pins connected from inside the shirt. My girlfriend braided my hair, and spiked hers up a bit. We powdered our faces a little and put on a touch of black eye makeup to give that pale Addams pallor, then headed to the park!

Some people were excited to see our characters, mostly adults, and we got to see a lot of adults telling their children who we were. One pack of pretty little kids in line for Pirates of the Caribbean, despite being unfamiliar with The Addams Family, were very interested in the hand, how we had made it, and how it was attached. We told them about the magic of safety pins.

The staff in particular were really excited about the inventiveness of our costumes. One commented how great it was to see costumes that weren’t Disney or Marvel characters, and another lamented that she was not permitted to take pictures.

In line for the Jungle Cruise, a guide called out to us wondering where the rest of the family were. “They don’t know we’re here,” We replied. “Our family doesn’t approve of our Disney lifestyle.”

As we were boarding Mr. Toad’s Wild Ride, we asked, “Does this road lead to Hell?” “To the inferno,” our guide corrected. “Oh good,” we responded. “We’ll see Mother!”

A girl, maybe 10, in line for Peter Pan was very excited to see me, and her mother said that Wednesday was a favorite character of hers. Another girl toward the end of the night, was a bit uncomfortable that I was a boy in a dress, but my girlfriend as well as her mother were quick to explain that it was perfectly all right. Even more so on Halloween!

The Halloween fireworks and parade made our holiday very special, but being in the park in costume and surrounded by so many others, young, and young at heart, also in costume made our Disneyland Halloween truly spectacular. 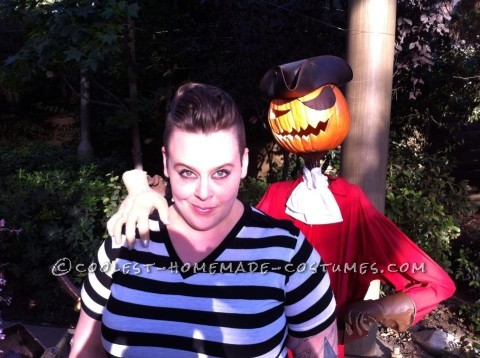 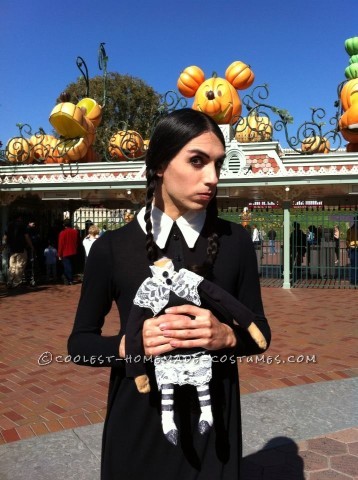 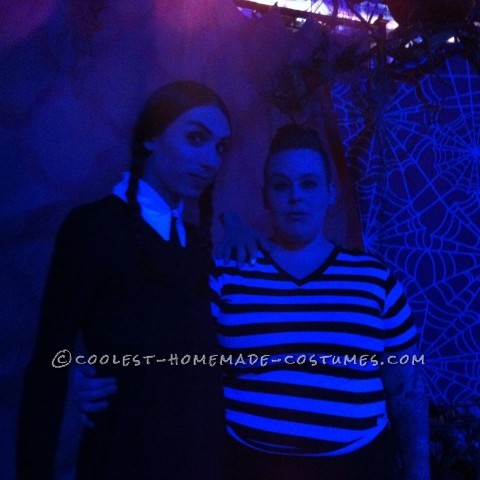 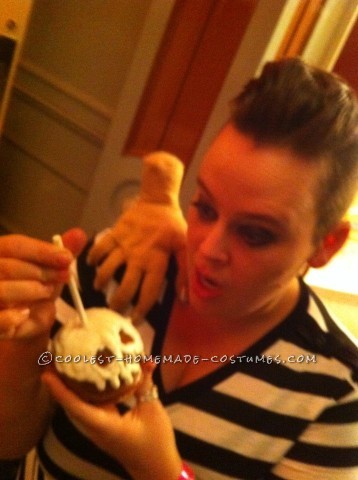 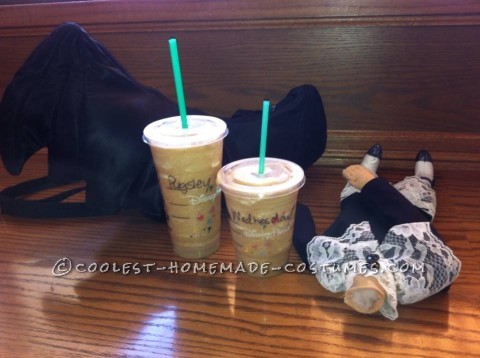 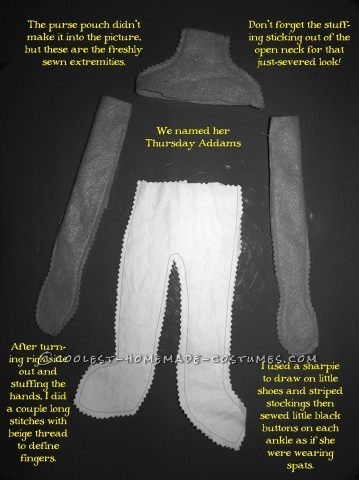 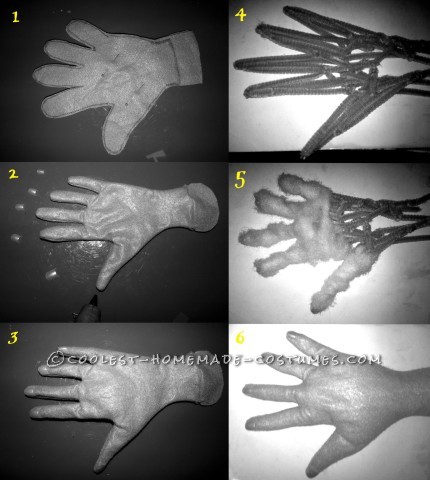 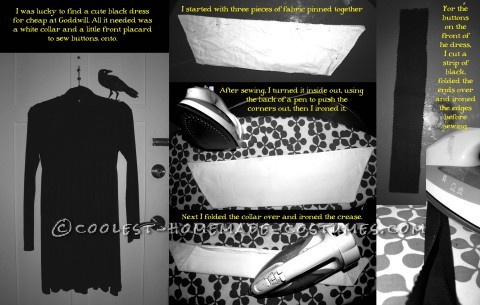