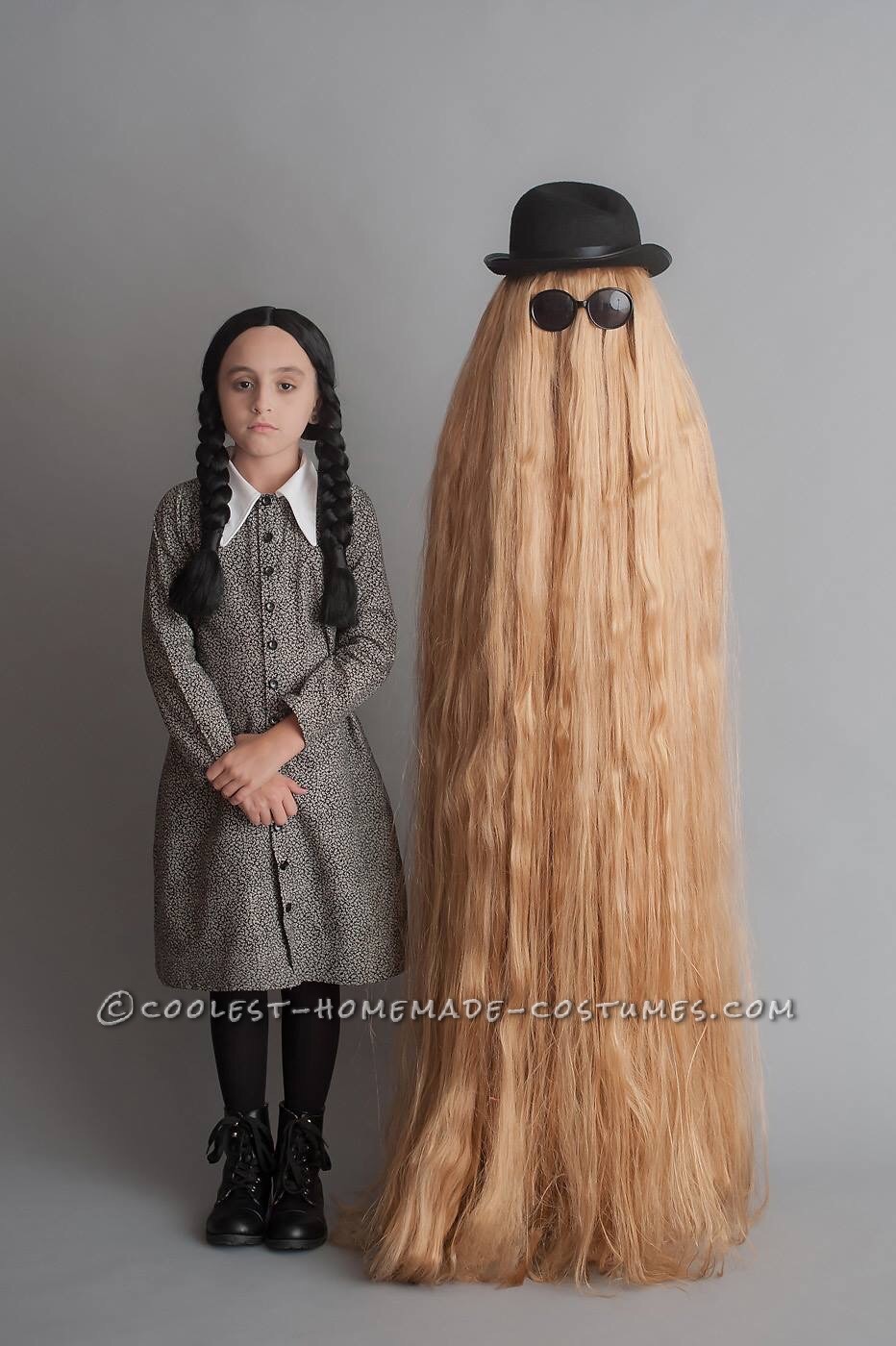 My daughter and I were attending her school’s “Mummy and me” Halloween dance, and we really wanted to dress in something fun and original. Thanks to an idea from my husband, we decided to go as Wednesday Addams and Cousin It from the Addams family. Both costumes are homemade and received lots of attention! For my daughter’s “Wednesday” costume, we purchased fabric from a local store, along with Velcro, and black buttons.

I am fortunate to have a mom who can sew very well, and she happened to make this dress very easily. The front of the dress actually velcros together but is made to look as though it is buttoned. We found a wig for her on Amazon for $10, black tights at Walmart for $3, and combat boots at Ross for $18. For her makeup, I used an inexpensive foundation in the lightest color I could find, and set it with a pale makeup powder. I used brown eyeshadow on her lids and under her eyes for some darkness, and added some pale peach lip color to her lips. We painted her nails a blood red color and finished her look with some dark colored stud earrings. She practiced her facial expressions in the mirror to get into character! I think she pulled it off quite well.

The Cousin Itt costume was actually very simple to make! I found some “Lady Godiva” 60 inch wigs at a local Halloween shop for $13.99 each. They only had 3 of them available, but fortunately I am very petite and 3 was enough! My mom happened to have some nude colored stretchy fabric on hand which we needed to wrap my body. We sewed a basic wrap with holes for my arms which I could use to poke my arms out if needed. The purpose of the wrap was to keep any body parts from sticking out of the hair for a smoother look. We also made a hood to go around my head with the same fabric. Each wig was snipped inside, then stretched around, and hand stitched to the hood of the wrap. We tried as best as possible to sew the wigs so the hair would fall evenly all the way around. I then found a pair of sunglasses at Ross clothing store for $6, and the hat on Amazon for about $7. The hardest part of the costume was being able to see through the hair and sunglasses, and it does get a little warm under all of that hair! I received many compliments and it was a lot of fun to wear. My daughter and I won the prize for best “Mummy and me”!! 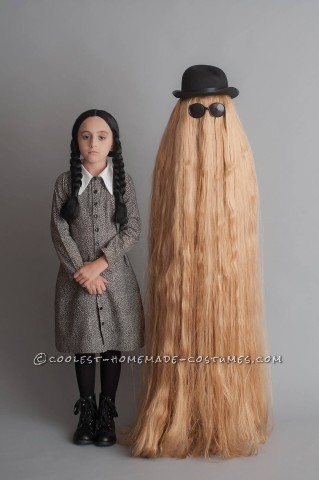 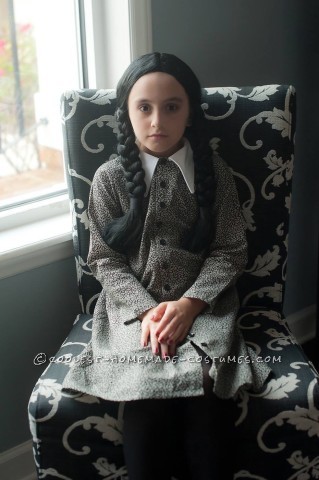