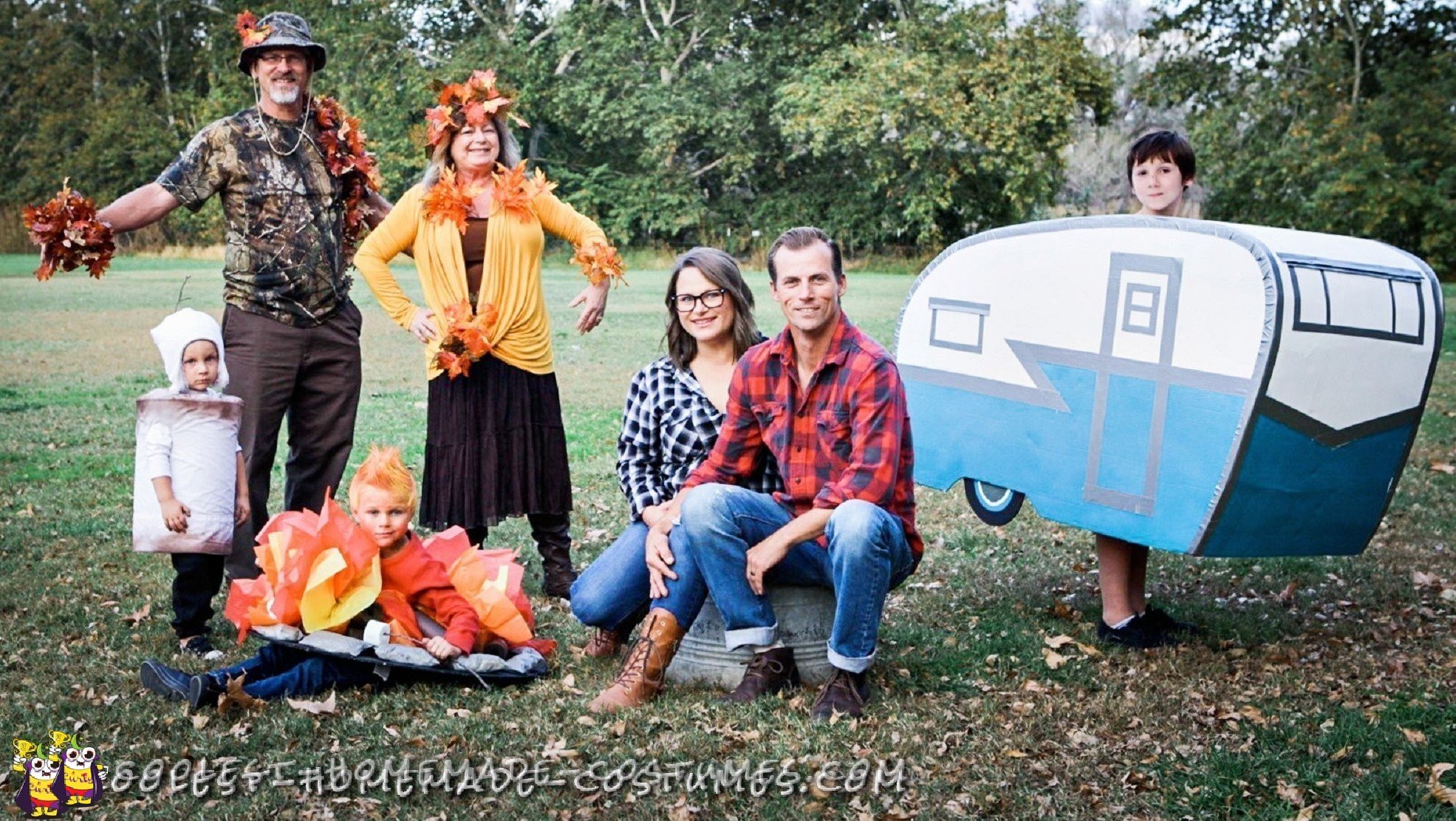 The Idea for our Family Camping Costumes

Our family loves camping and it is our dream to one day have a cute vintage trailer of our own! So we became our own campsite with these family camping costumes.

I started by googling vintage trailers. We LOVE the Shasta design so that is what I tried to copy using a refrigerator box and a whole lot of duct tape. Shaping the middle section of the box and taping it was quite trying. After painting, the duct tape started peeling off. So I had to go back and re tape the entire thing. Good times.

Next was the fire… there are a few tutorials out there and I found one I liked best and started there. The fire pit is made of a cardboard base. I spray painted snack size baggies filled with tissue paper for the stones. For the logs, I spray painted pool noodles and used both colored fabric and tissue paper for the fire. I used spray adhesive to stick both the stones and the pool noodles… should have used duct tape. It was a windy night and my 5 year old is not the most gentle creature so it wasn’t long before pieces were falling off. By the end of the night we had ditched the base and just shoved tissue paper in his pants :)

I found  a marshmallow tutorial online  made of foam. While this sounds good in theory, if you live in a small town without access to padding, finding what you need becomes very difficult! After visiting every possible store in town, I went to Jo Anns fabric about an hour away and found green foam padding. The 1/2 inch was a lot cheaper so I used that one, but the 1 inch may have worked better.

I cut a circle for the top and then using spray adhesive formed the cylinder. Then I also glued velcro to the back to hold it together. I could have skipped this step and just glued it together since it easily went over my 2yr old head. After trying 3 different painting techniques (spray paint- 3coats, acrylic paint with a paint brush and acrylic rolled with a foam roller), nothing worked to my satisfaction. So I finally cut open a pillow case, wrapped it around, glued it on and done.

My husband and I were the campers and the grandparents were the last minute addition of beautiful fall foliage! (Obviously we were all there just as extra props for the 3 little stars of the show!)

We had a great time and won 1st in our little costume contest at trunk or treat! The trailer was the big hit of the night with a whole lot of people taking photos of my 8yr old.

Because the trailer was much bigger in reality than planned, we had to take one vehicle to transport children and the full back of the minivan for just the trailer. We also did a little trick or treating and getting up some of those small pathways to the front door was a challenge… especially if there were other little tricksters around!

We had a great night in our family camping costumes! 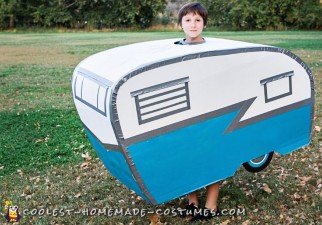 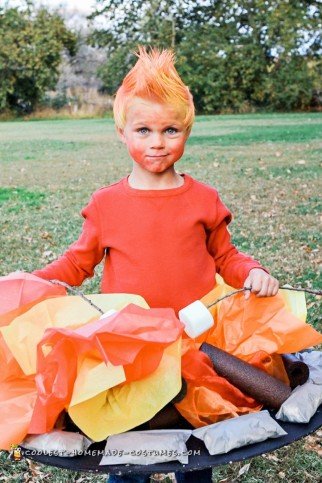 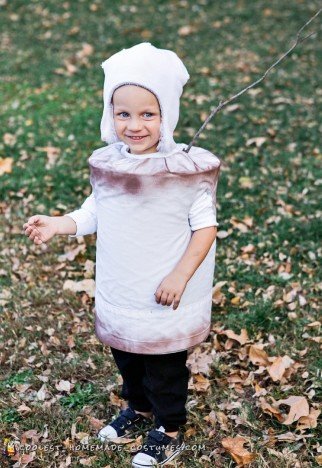