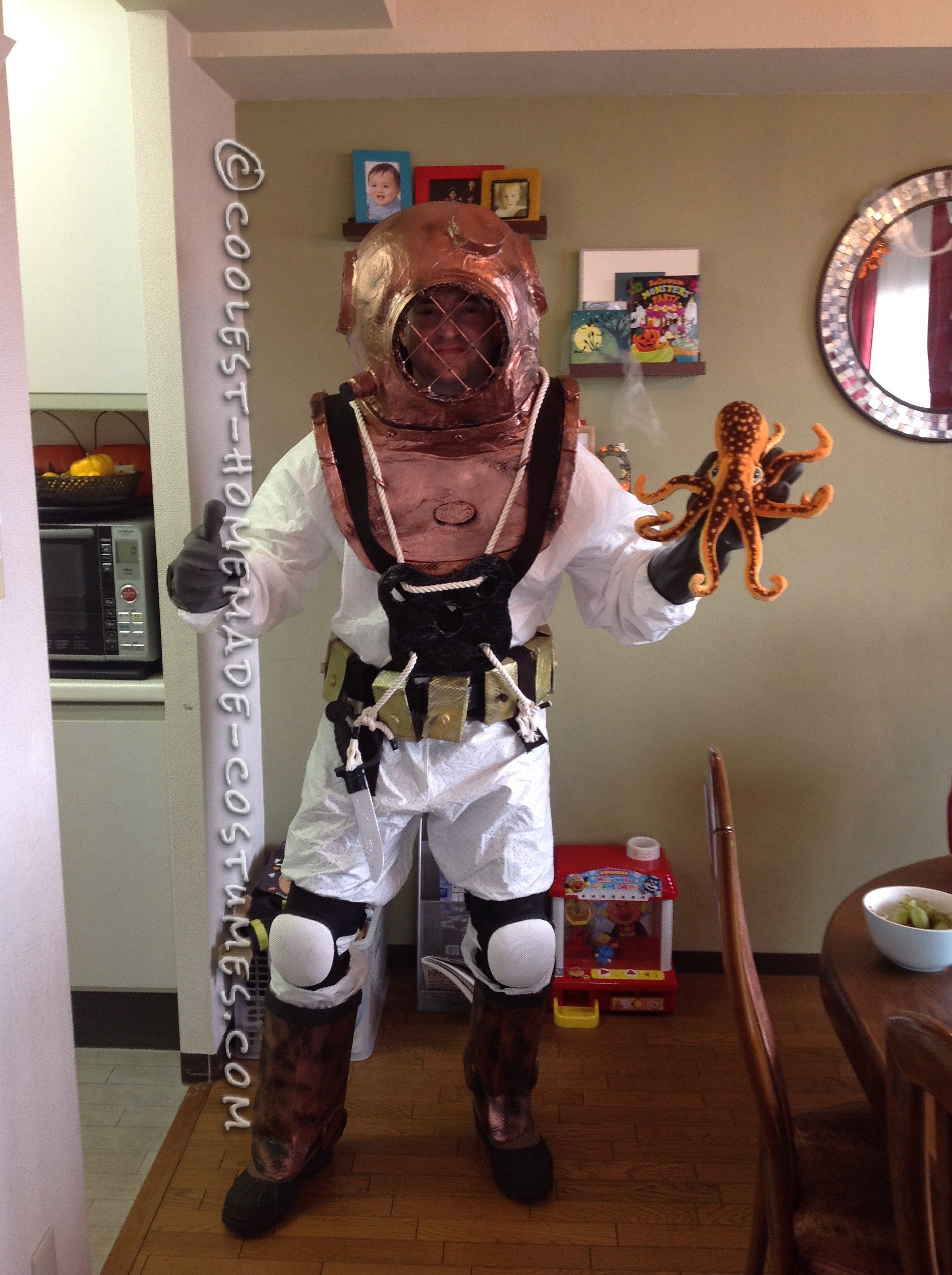 I live in Sapporo, Japan and always enjoy Halloween over here. One of the big disco clubs hosts an event that draws over 1,000 participants each year. Most of the locals buy their costumes at the same stores, and it is pretty easy to stand out if you spend a little time on making a home made costume. Every year I see dozens of Spidermans, sexy nurses, witches, and generic zombies….not too inspired, but a few people are getting better and raising the bar.

I always start thinking of my costume ideas in the summer, and by the time September rolls around, I usually have some kind of costume project underway. This year I decided to make an old style diving costume.

I started with a beach ball from the 100 yen store and a bunch of cardboard. My son was really into it, helping me do the paper mâché layers. Attached is a step by step photo that shows the process. The costume basically had a few basic parts.

Helmet: after the paper mâché dried ( 4 layers), I hot glued pill bottles for the valves, toilet paper rolls for the air hose casing,  foam strips for the helmet base, and round plastic flower pots to make the windows. I also attached plastic screws and metal eyehole screws to give it more of a realistic look. For the windows, I decided to keep them open and just used wooden BBQ skewers cut to size. Finally, I spray painted it with a metallic copper spray paint. I then added grease and grime with black paint sprayed in random spots.

Belt: I used an old carpenter’s belt and made about 10 little paper mâché boxes for the weights. I sprayed them gold and slid them over the belt.

Suit: this was a paper painter’s suit, very cheap and very hot. It looked OK, and was easy to move around in.

Boots: I wore some old snow boots and made a kind of slip on shin casing that matched the color of the helmet.

Gloves: I used a pair of rubber gardening gloves

Other props: I borrowed my son’s stuffed Octopus toy and used Velcro tape to attach it to my shoulder. I also used a plastic toy compass and a knife that I attached to the belt. For the chest weight, I cut the shape out of styrofoam, covered it with paper mâché and painted it black. I used some canvas straps and rope to tie it all together, and velcroed the straps inside the belt. Finally I wore a camping light on my forehead to give off a glow from inside the helmet. I also had a portable fan under my chin which kept things bearable inside the sweaty club.

The costume was a big hit, and all night people were asking to take my picture with them. I had to drink through a straw and was a bit hot, but the suffering paid off. I won the best costume award of ¥100,000 (about $940) for a costume that cost under $100 to make. It was a lot of fun and I feel that the locals appreciate costumes that demonstrate effort and creativity. I am inspired to be even better next year, and can’t wait. 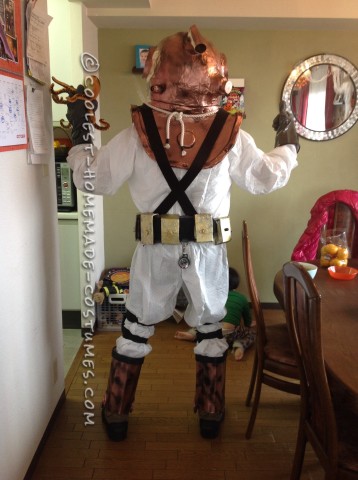 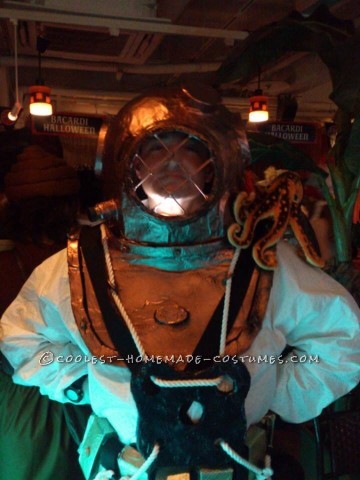 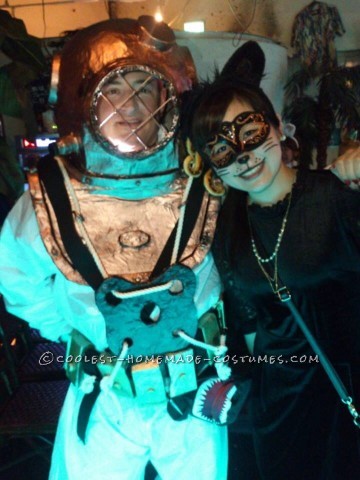 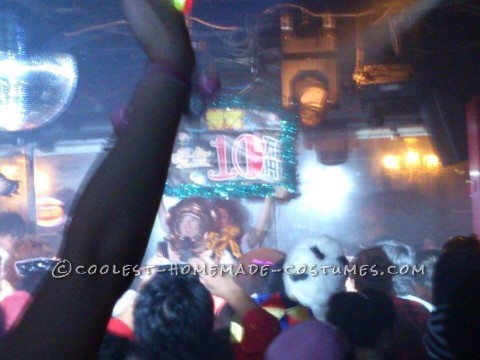 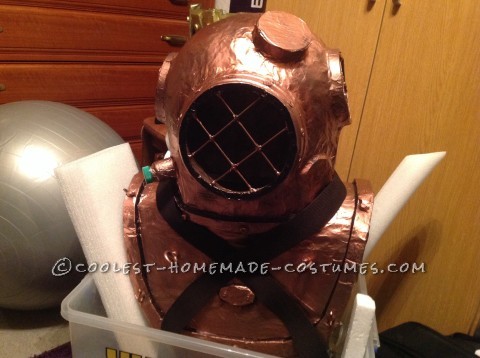 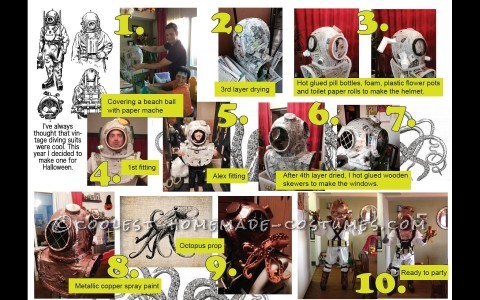