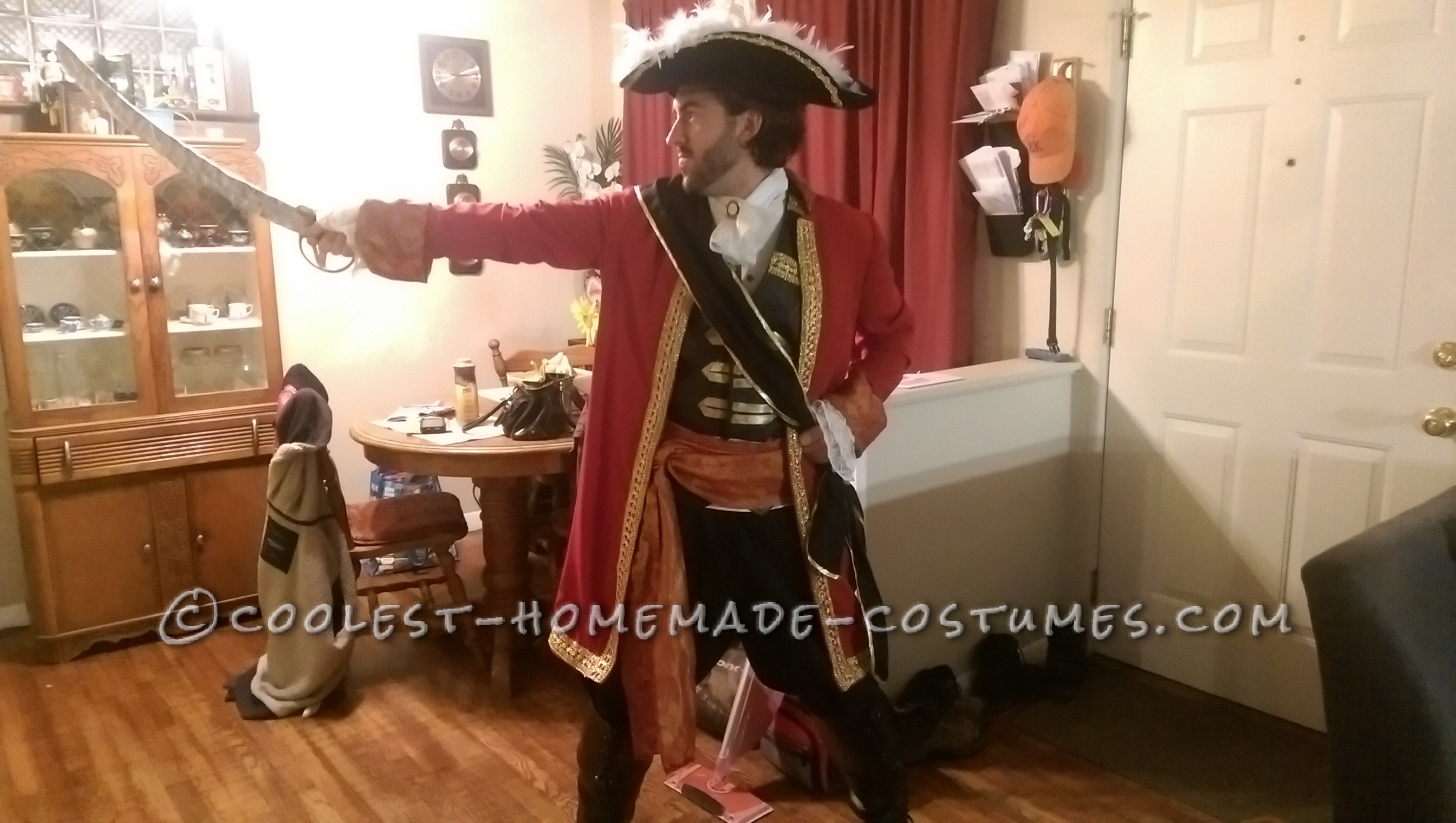 This costume is part of a couples costume I made for my BF and I (and our dog who was Stinker-bell!). I’d wanted to be Rufio for two years now and Dave didn’t mind being in a couples’ costume. :) I started both of these costumes in July and worked on them simultaneously. It actually took a decent amount of work and lots of Goodwill trips to pull it together.

The black sash and boot covers were actually from an old store-bought pirate costume. So was the hat but I wrapped a white feather boa around the inside to match Hook’s hat. The pants are just a pair of basic light weight, thin pants I found at Goodwill, but they puffed out nice like pirate pants when stuffed into the boot covers. The jacket took the most work, finding a large, red man’s coat actually didn’t happen after months of searching the local Goodwills.

I finally found a women’s large, long suit jacket. I’m not very good at sewing and pretty much wing everything I do on the sewing machine (or by hand) and I had to do a lot of alterations on the jacket. I changed the lapel and collar to the straight lapel and short, even collar you see. I split the lower back of the jacket and added a gold button at the top of the split for some nice flair, Hook had only the best ;) I got some nice gold trim that I trimmed the whole of the jacket with and found some fabulously rich red and gold upholstery fabric scraps in my craft stuff to trim the collar with and make the cuffs. Those cuffs may have been the most difficult part. When you don’t know what you’re doing sewing, you make a lot of mistakes :)

I found that I had enough of the fabric left over, even after all my do-overs, to make a long belt-sash to match the cuffs and collar and it really tied the costume together. It’s absolutely my favorite part of the costume! The vest was also a goodwill buy and I added some more of that gold trim and some leftover gold ribbon made the center details, which I painted with gold glitter for an extra flashy effect. Lastly, the shirt was yet another Goodwill buy. A plain, beige long-sleeved shirt to which I sewed a strip of white silk around the collar long enough to wrap around his neck comfortably. To that I sewed on the lacy ends and did the same to the sleeve cuffs.

The broach at his throat is actually a personal one, but it looked great with the costume, a solid silver backing around a bone-carved face with a forehead jewel, very piratey! Dave doesn’t have quite the same locks as Hook but he does have kind of long, thick curly black hair so I didn’t shell out for a large wig.

His facial hair is also really nice, though I did try to make fake mustache extensions from small portions of Dollar Store kiddy hair extensions that I dipped into clear nail polish and wrapped the ends around tin foil while it dried. They looked GREAT! But when I tried to glue them on with lash glue, only the right side was cooperating and by then we were late to the party so we gave up. But if you practice and maybe find something lighter than nail polish to mold the ‘stache, it’ll totally work!

Dave also had a nice looking, (plastic) carved and gold painted hook, but he wasn’t wearing it for pictures of course. Despite all the little liberties taken with the characters, when Dave and I entered the party, it was MAGICAL! These are probably the best costumes I have ever made and possibly ever will make. We’ll remember this Halloween forever! 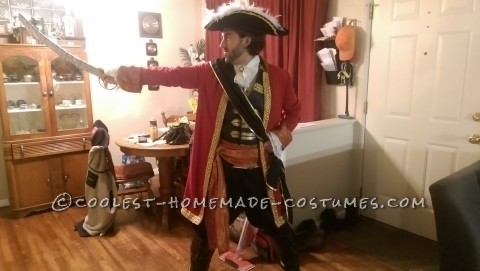 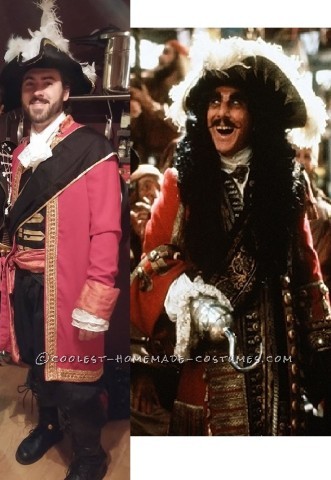 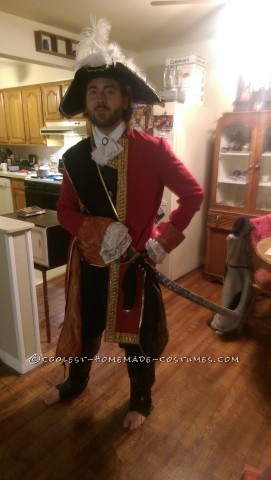 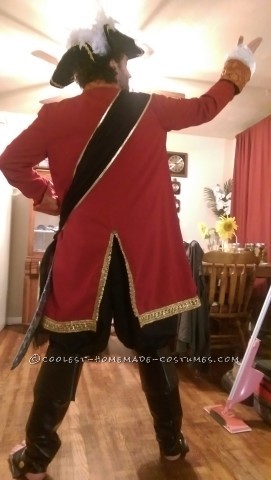 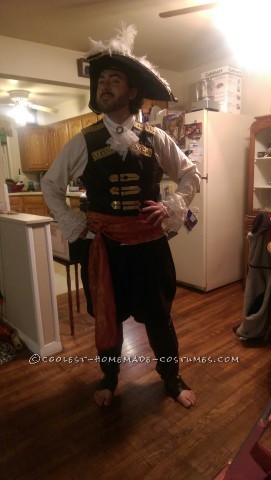 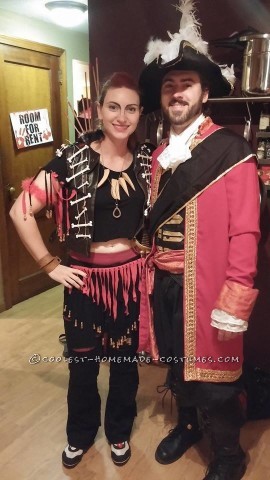 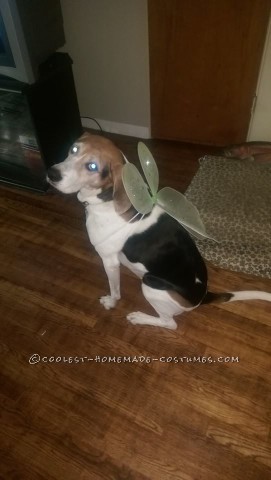