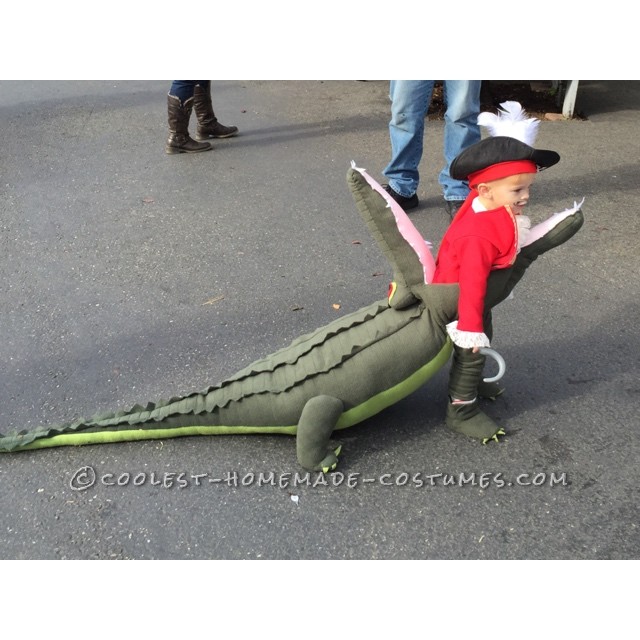 Last year when my son wasn’t walking yet, I was trying to come up with a funny costume that would make sense with a crawling baby. I thought a crocodile or something low to the ground was perfect and loving a little dark humor I wanted to make it eating my son. Unfortunately, I never had the time to make it so I put it on the back burner. This year I made him a spartan costume but he kept stripping it off and refused to wear it. So one week ago I said “screw it, I’m going to do the crocodile costume”. In the middle of planning how to construct it, I was struck by lightning. Captain Hook! How perfect.

To make the stuffed animal portion of the costume I used about two yards of green fleece fabric and about 24 ounces of stuffing. The eyes and teeth are made from felt to add a little stiffness. I designed the jaw to be wider to accommodate my diaper wearing cutie. I cut holes in the jaw and made him green pants with fleece booties that matched the back legs that I already attached to the crocodile. I sewed suspenders into the jaw to hold the weight of the costume so my son could easily walk freely.

For the Captain Hook I made a simple fleece lined coat with lace sticking out and gold trim fused onto the edges. The hat was something I had from a pirate party. I glued the edges to make it a triangle and white feathers for that Captain Hook Flair. The hook is from the dollar store and the sword as well. The mustache is entirely natural of course. I have an early bloomer. ;)

The reactions were amazing. Absolutely no one could walk by without complementing, laughing, or gasping. It was so much fun. My son is a little ham and zoomed around all over the place loving the attention. We were stopped by at least 30 people asking to take photos and countless people told it was the best costume they had ever seen. It was great validation for all the hard work and needle poked fingers! Exactly what I was aiming for. We definitely left a mark on people’s memories. 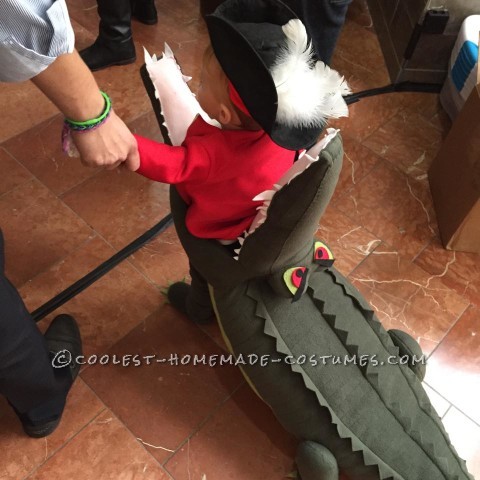 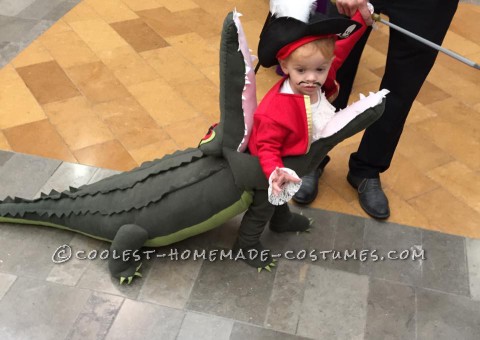 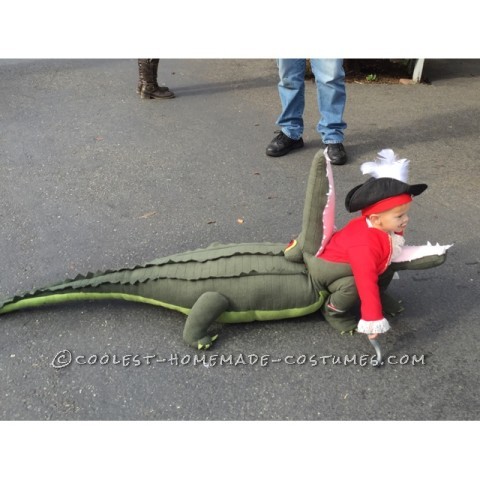