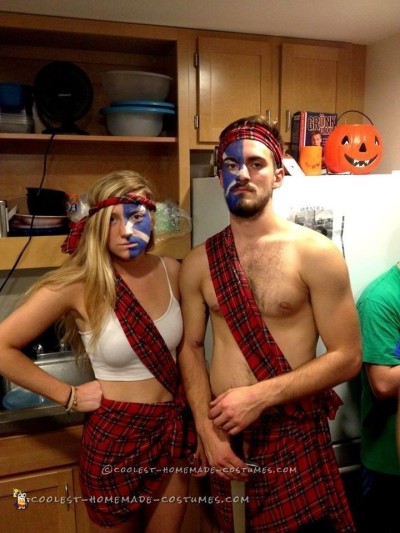 My boyfriend and I decided to be Scotland for a beer Olympics party in light of the current Scottish independence vote. We both love Braveheart and saw it as a perfect opportunity to make a super easy hand made costume and still look bad-ass.

All I did was buy a blue and white face-paint pencil, and a couple of yards of plaid fabric (lots of options, so buy whatever on sale) to make a sash and kilt. Oh, and we had cheap plastic swords laying around too. Wear underarmour underneath of course. We had a lot of fun tying the fabric for one another.

For the man’s kilt, I measured Alston and cut a length that hit just above his knees, and a width that was well beyond the circumference of his waist. No sewing necessary. I wrapped the fabric around and simply tied two small knots at his hip bone. (Again, underarmour is key)

For my kilt, Alston wrapped some paid fabric around me, slightly tighter than his, and I tied a larger knot at my waist, producing a garment that looked almost like a sarong (*note- not a thong). I then used the rest of our fabric to make sashes by wrapping a long piece around itself a few times , then around our bodies loosely, tying both at the base, near our kilt knots. Alston went shirtless and I wore a white spaghetti strap crop top, that could be substituted for a white/black sports bra.

Finally, and most importantly, the face paint. We outlined on half of our faces, half of a White X about an inch in thickness and filled it in. Then fill in the rest of the half blue. This part of the outfit is crucial, but easy.

Completely the costume with knee-high boots for me and a worker boots for Alston (things we already owned). So easy, so cheap, but SO HARDCORE! Keep a straight face for pictures. Optional: add fake blood.

“It looks like you guys are about to f**k everyone in this room up. ”

Again, this is not the most elaborate costume but certainly cheap and easy but unique. Hope this inspires. 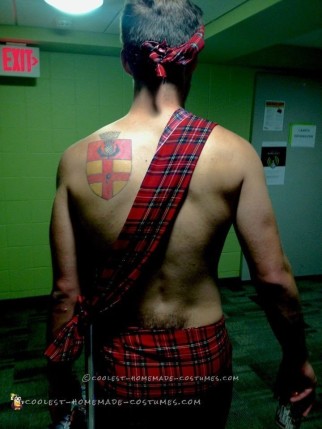 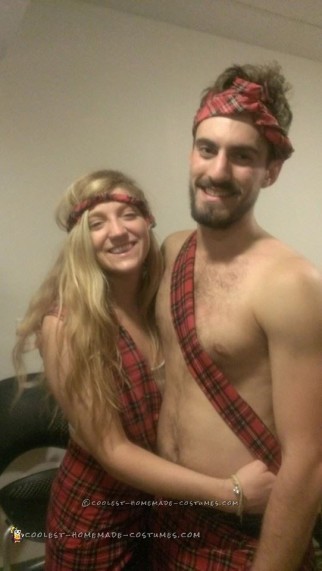 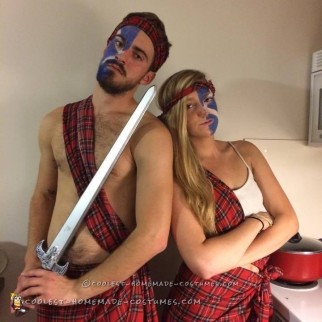 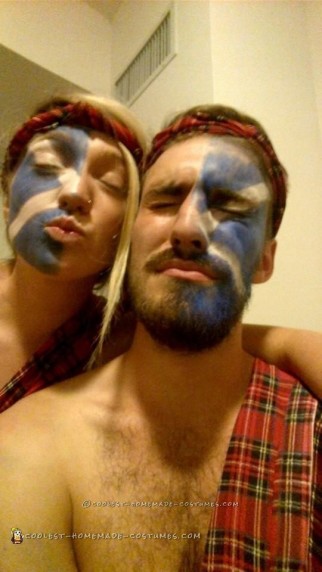 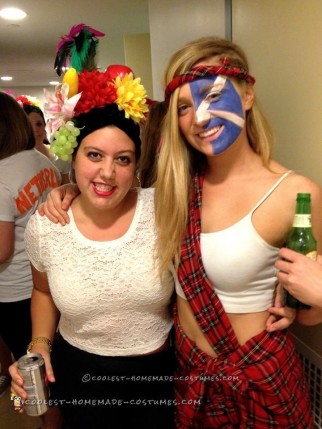