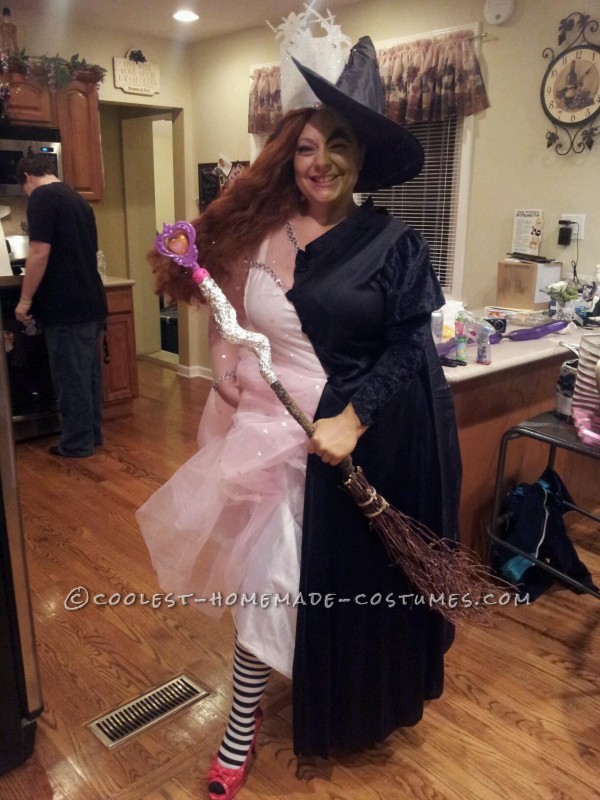 The hat was the tricky part and I did get help from my husband. He had cut them in half and used zip ties to connect the two hats together. I bought a cheap wig and brushed it to all one side and no hair for the bad witch. The make up I did with what I had around the house and green face paint. The shoes and socks I already had. MY FAVORITE costume by far! 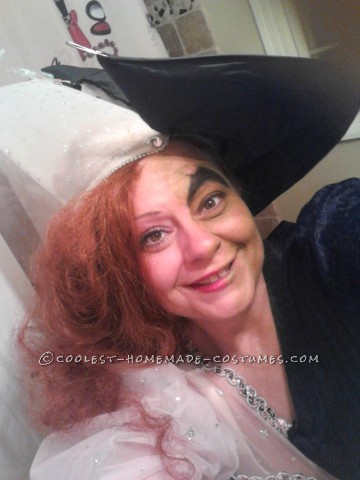 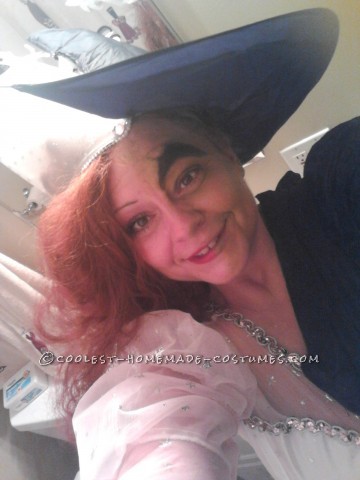 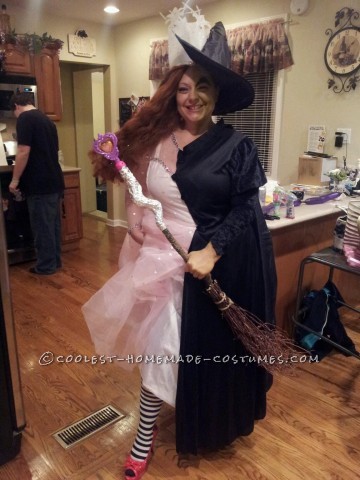 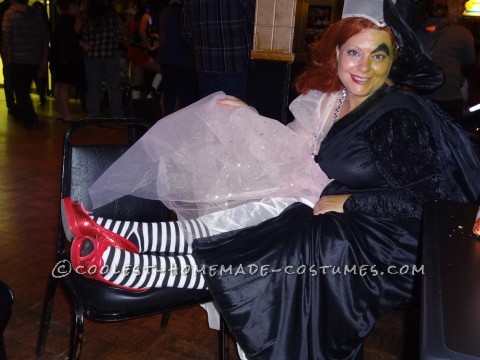 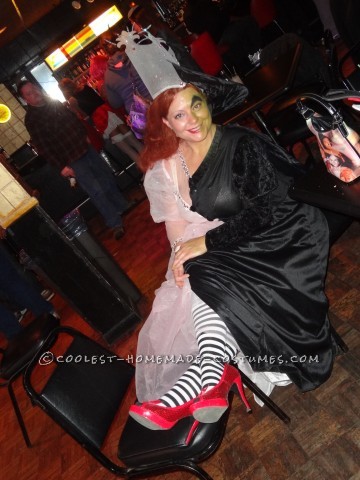 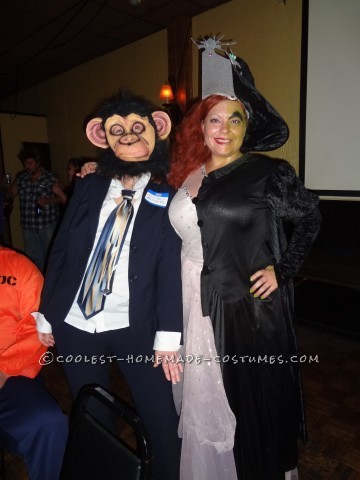