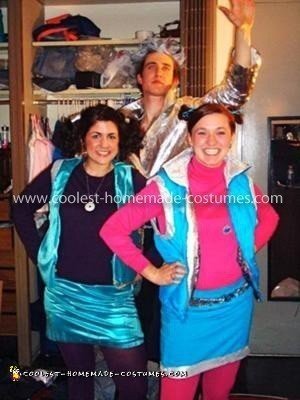 This Homemade Zenon: Girl of the 21st Century Group Costume was inspired by the Disney channel Original Movie Zenon: Girl of the 21st Century. We have the three main characters of the movie, Zenon, Nebula and Protozoa. We bought most of the costumes at the Salvation army and then doctored them up with lots of silver duct tape, silver fabric and silver puff paint. It was all about having as much neon and metallic colors in the costumes. We even included the disk earing worn by Zenon in the movie. Throughout the night an ipod player was carried around playing “Zoom Zoom Zoom”, the song sung by Protoza in the movie.

The costumes were a hit. 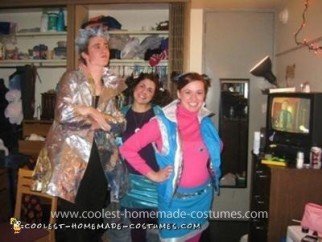