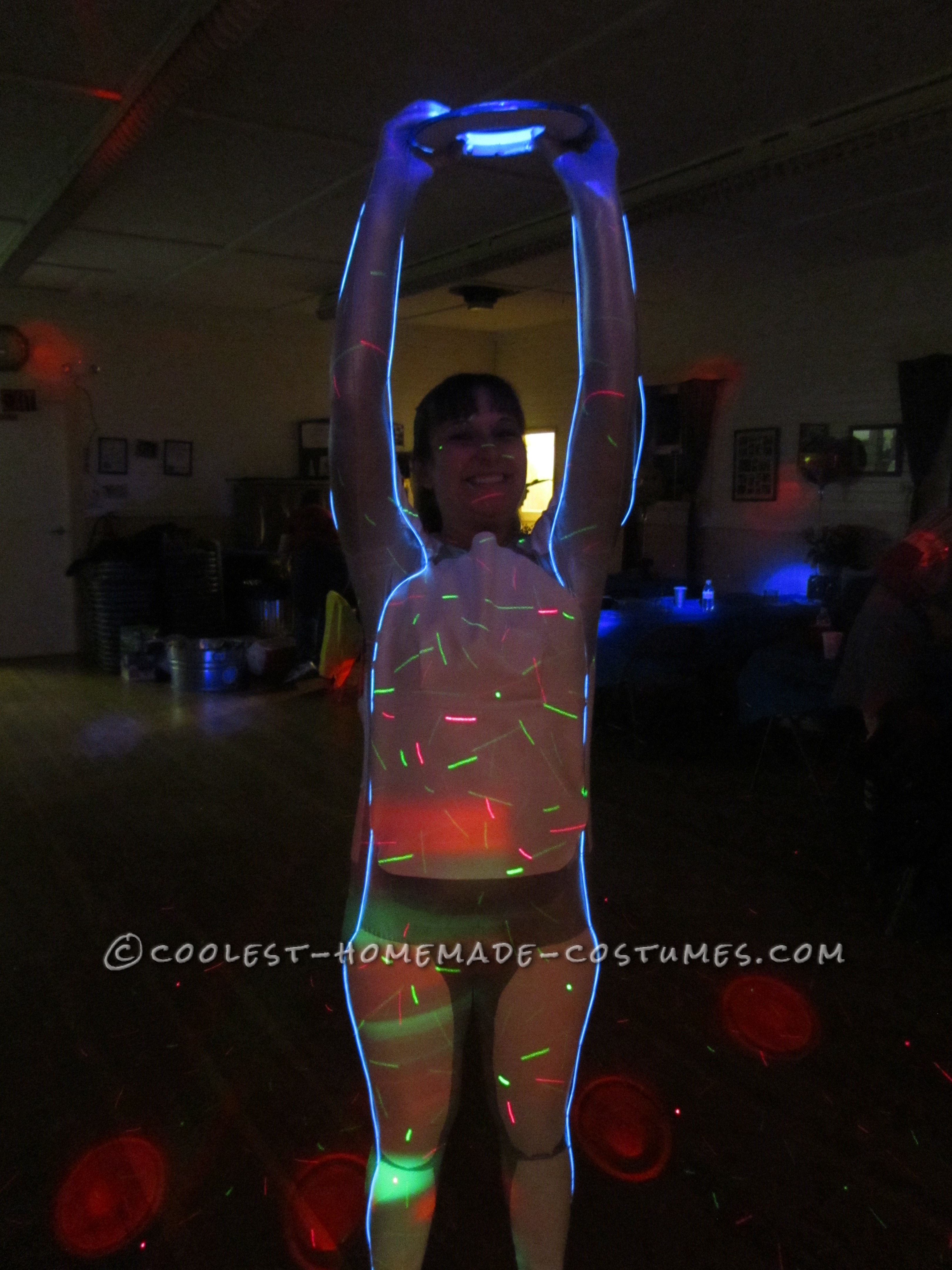 This year I decided to make a  Tron Legacy costume. I don’t think I’ve ever put more effort and time into making this costume! This costume started out with so many different ideas and turned into me watching the movie a million times to make sure everything was pretty darn close to the costumes in the movie.

I first had to start out with a full on silver body suit, then I had to figure out what type of material I was going to use to make up the patterns on the suit. That was a total challenge because I didn’t want it to look cheap so it was a lot of time spent at Joann fabric until I found this amazing thick fabric! Once I had a grasp on the type of fabric I was going to use it was then time to sew it all together.

I thought it was all going to be easy but oh no! God bless my mother she helped me sew this entire outfit together. The funny part is I had to be inside the body suit while my mother sewed the patterns we had cut out on the suit! This involved a lot of poking and having to cut certain stitches out because she sewed it to my underwear or even my bra! It was so much fun and so much time in order to get it put together but it was worth spending the time with my mother.

I found the lights on Amazon and again I had to be in the suit while my mother sewed them on me. The lights had a certain length so we had to really decide how we were going to string them on the suit because we had to sew a pouch in the back so the battery packs could sit inside rather than flopping out. I found the disk at Toys R Us and painted it all white and suck Velcro on my suit and the disk so I was able to pull it off in front of people.

I thought that was an awesome touch because it wouldn’t be a Tron suit unless the disk was able to come off.  When I went out for Halloween it was so much fun because I got stop every couple of steps and took pictures with everyone! My lights had three different settings so I both had them all on one setting or different settings and pulled my disk off for people as well. This was a great costume and I have so much pride and thanks to my mother for helping me! Thank you for checking out my costume and if you vote for me thank you so much! 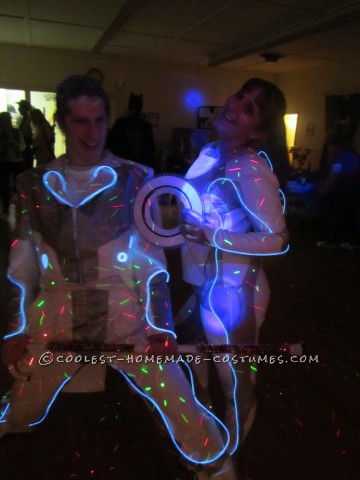 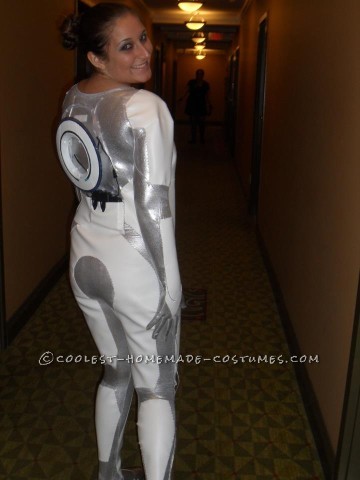 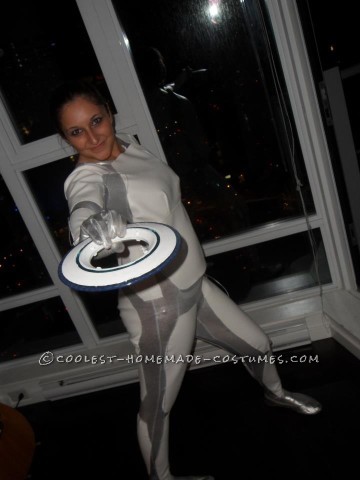 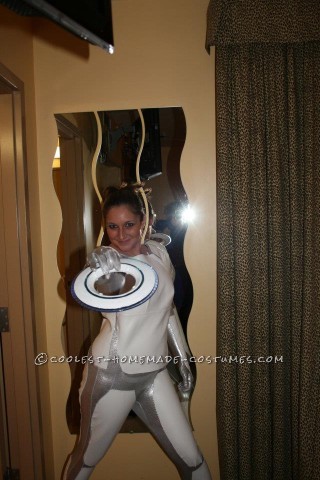