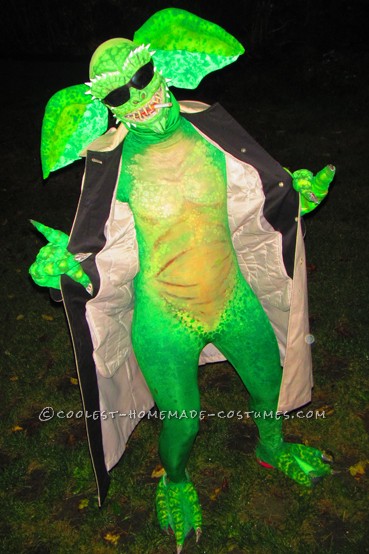 As soon as the thought of being a Gremlin from the movie Gremlins came to me I got super excited.  I grew up watching the movie and loving it so I made a trip to the video store to rekindle the thoughts and images in my mind.

I decided to go above and beyond anything I have ever done for any previous years Halloween costume and make my own mask costume for me by making my own life cast.  The first step was finding out what supplies I would need and how to make a life cast.  Once I acquired the alginate, plaster bandage rolls and Ultra Cal 30 plaster I was ready to start.  With some assistance the alginate was poured over my face  and hardened up then wrapped in plaster bandages.  I think I sat for at least an hour while everything set up.  My goal was to make a full head life cast by having a seam down the middle of my head with the plaster bandages but there were a few mistakes made while laying them down and they ended up getting overlapped so I was basically encased in a full head cast.  We had to take scissors and cut through the plaster to get me out, cutting some of my hair off in the process.  I was only able to salvage the face portion of the mask.  Once off I mixed the Ultra Cal 30 and poured it into the mask to harden, then removed the alginate and plaster wraps to reveal a pretty good copy of my face.

The next step was to sculpt the mask on the the life cast.  I used an air drying clay and sculpted the face after looking at some pictures online.  I decided to be the Flasher character from the movie.  His face has iguana like spikes.

Once the sculpt dried I poured pottery plaster over it to make a mold in which to make my mask from.

The mask is made of latex.  I couldn’t afford to get the really good stuff or the foam that professionals use so I just bought some liquid latex from my local costume shop.  Layer by layer I coated to mold with the latex until I felt like it was thick enough.  I made the mask two pieces so that I would be able to move my face around easily and it would be easier to get it to stay on my face.  After both pieces were done I needed to paint it and do the finishing touches.  The teeth are made from Sculpty and I just used standard grease paint style makeup to color the mask. I used hot glue to add some drool to the mouth.  I also ordered contacts to mimic the eyes.

The ears, hands, feet, and tail were crafted from foam.  The suit is a one piece full body suit that I bought.  I did have to hand paint the entire thing with puffy green fabric paint.  Originally I was hoping to just spray paint it to save time but the fabric just soaked up everything I tried so I ended up using the puffy paint and a stencil I made of scales.  This was very time consuming.  Finally once I had it coasted I started adding the color accents on the belly, back, and arms.  I originally was going to use a swim cap for the head but this didn’t work either as the paint would just flake off when it got stretched so I ended up using a pantyhose leg.

I love the outcome, especially for being the first time I tried this.  Had some funny reactions from young people who haven’t ever seen the movie.  I think they just thought I was some creepy creature. 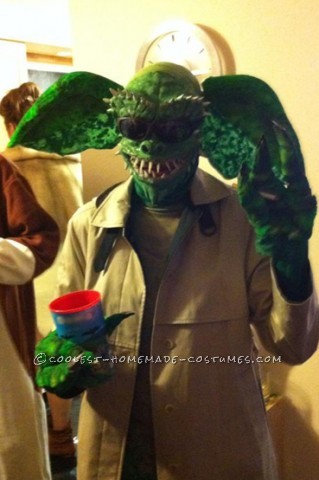 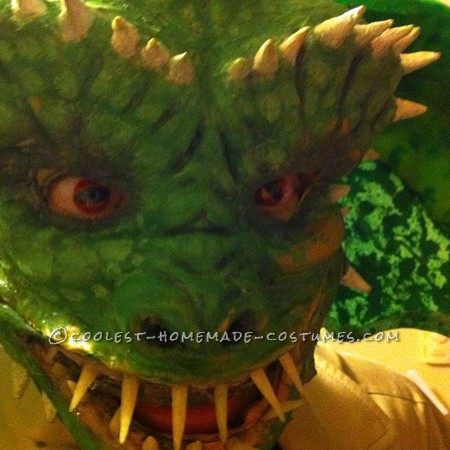 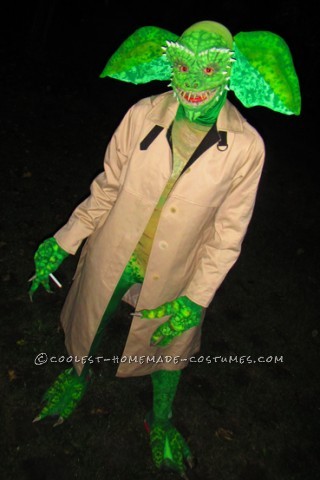 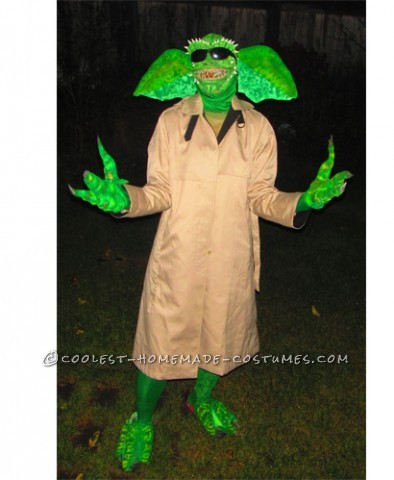 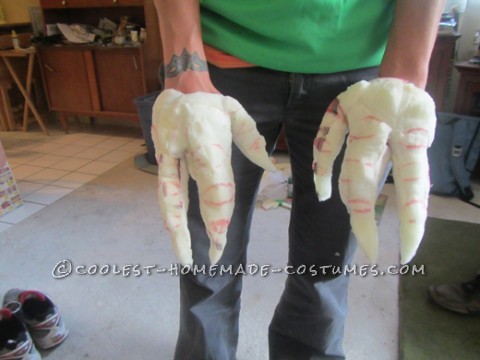 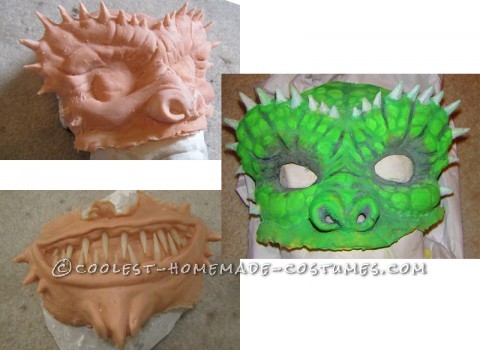 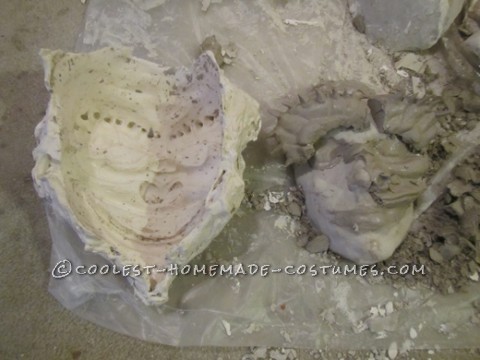 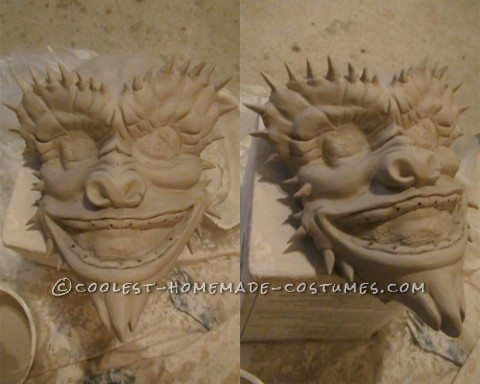 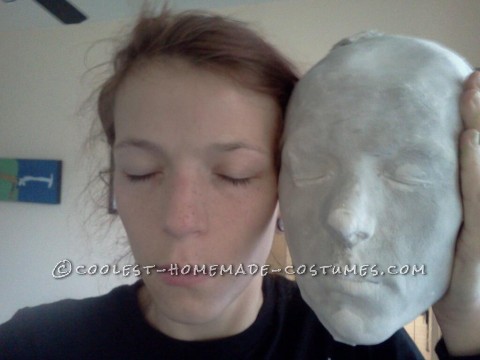