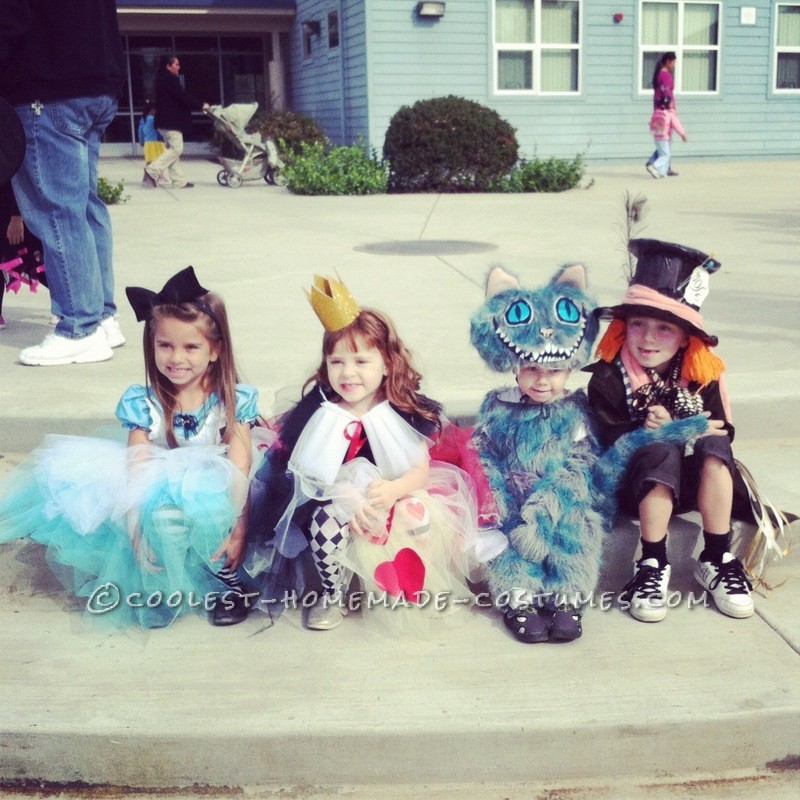 We did the Tim Burton version of Alice in Wonderland for our group costume this year. The kids do a group costume every year, and this is my third submission to this site. The previous ones are Coolest Monster’s Inc and Coolest Scooby Doo.

I made everything except the Alice top.

:: Mad Hatter ::  I found similar fabric that matched pictures of Mad Hatter and sewed the jacket, vest and pants using my son’s regular clothes as a guide. I hemmed the bowtie so it wouldn’t fray. Using scraps from the jacket I made the thread sash by looping yarn through the threads and around the fabric securing the underside of the sash with duct tape. For the hat, I used cardboard from a cereal box, a dress up cowboy hat and black duct tape. I rubbed dark brown paint over it to give it a leather look, taped the feathers and card. For the hat pins I unrolled paperclips and used hot glue to create the beaded ends, then painted with nail polish and duct taped them to the hat as well. Then tied the hat sash around it and added yarn under the brim for the hair.

:: Alice :: I cut and tied blue and white tulle around elastic. Cut out a heart from red felt and hot glued it to the apron part. Made a black felt bow and glued it to a black headband. My daughter already had an Alice dress up dress, so we used that as a top. I cut off the Alice pendant and replaced it with a black bow and jewel thing I had laying around.

:: Queen of Hearts :: I cut and tied yellow, white, red and black tulle around elastic. Cut out hearts from red felt and hot glued them down the front. I cut out 2 crowns from glitter foam then glued the non-glitter sides together, which made 1 crown with 2 glitter sides. Then I glued the ends together to make it round, cut holes on the bottom of both sides, cut and threaded an elastic headband through the holes and glued the cut headband ends back together. I made a black and white tulle capelet with red ribbon.

:: Blue Cheshire Cat :: I made the costume out of grey fur fabric that I painted with food coloring. The head was constructed using another costume as a guide. Felt and fabric for the eyes, and felt for the nose, mouth and inside the ears. The body was made using my son’s clothes as a guide for sizing, and I made the arms detachable so they can come off it he got overheated. He also had a tail.

We got many, many compliments for their costumes! 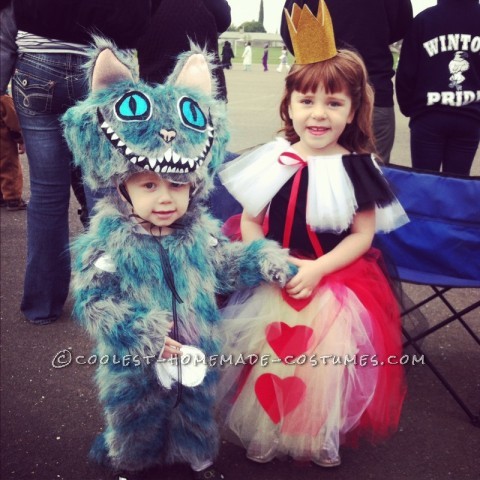 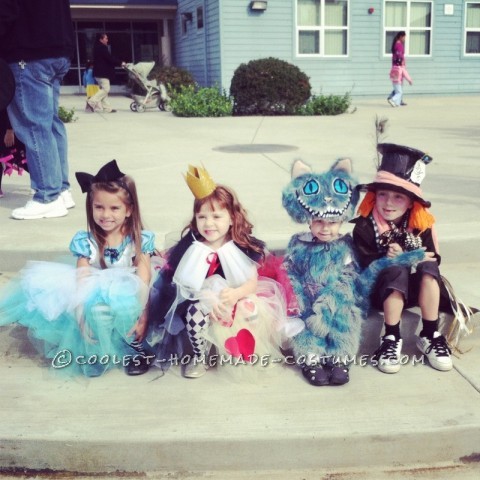 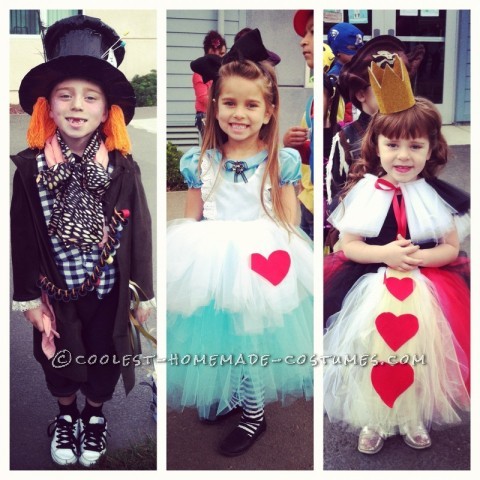 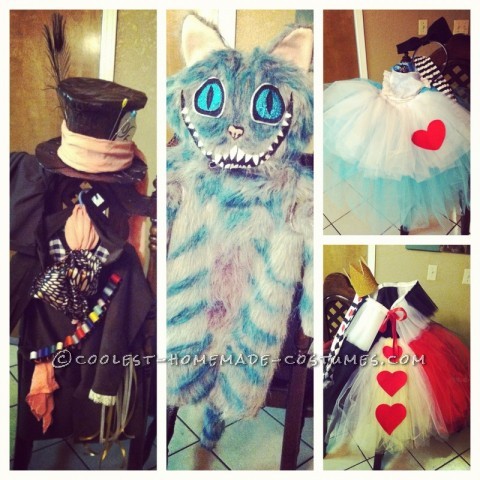 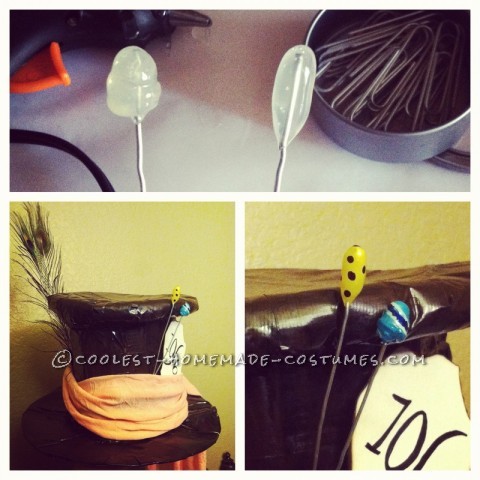 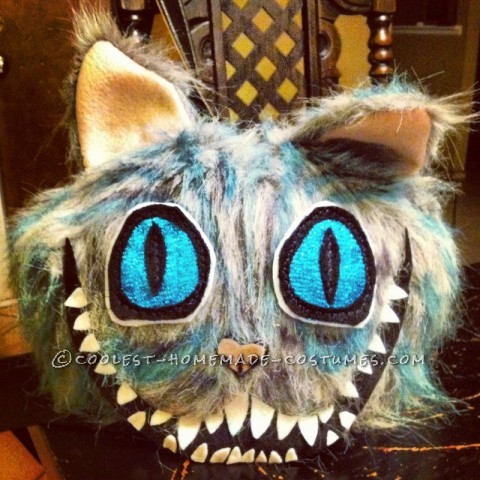