Alice in Wonderland has always been my favorite story. As a child I was so mesmerized by the magic and beautiful animation. I know many people view the story as one about drugs and I, however, see it as an inspirational story about mental health. The white rabbit struggles with anxiety, Alice is struggling with issues of identity. The red queen could possibly be diagnosed with narcissistic personality disorder, etc. I’ve really enjoyed Tim Burton’s take on the story as well and appreciated the lines in it about being “mad”, “all the best people are.”

I am a graduate student in social work and find that I’m at my best when I have a creative outlet. I thought this project up months ago and sketched an idea this past summer. I have dressed as Alice before in previous years and always loved the reactions. This year I dove into this project as an escape from my schoolwork and often instead of it.

As I sat crafting in my living room night after night, I felt that I was becoming my character making hats until I made the perfect one. I made the hats out of card-stock, fabric, wire, and ribbon. Hot glue was my best friend and my worst enemy, as I suffered many burns. I used an old costume (a garden) and cut up the dress to make the mad hatters green outfit and vest. I had the fake roses to create “painting the roses red.” One of my favorite details of the movie was the rocking horse fly and I used a toy horse, clay and paint to recreate it. It was interesting that many people didn’t know what it was and the exciting when someone did.

I made mushrooms out of clay, painted them, and glued them onto my dress. I purchased the blue bow-tie and rabbit’s watch online for less than $5. One of the hardest parts for me was making the apron. I had just white fabric and had to draw it out and sew it on with a pocket. I left this part til the end because I was concerned about the shape. I already had my Alice headband and glued the mad hatter’s hat onto it. I sewed together two different colored tights and cut up a difficult to find mustard sweater.

I wore this out to a party with my social work program and was blown away by my peers’ reactions. It was awesome to be recognized for all my hard work and yet I felt that I really was “mad” for creating something so extensive. I won the costume contest for “Most Social-Worky” costume with the idea that I was a diagnosis of dissociative identity disorder (formally known as multiple personality disorder). 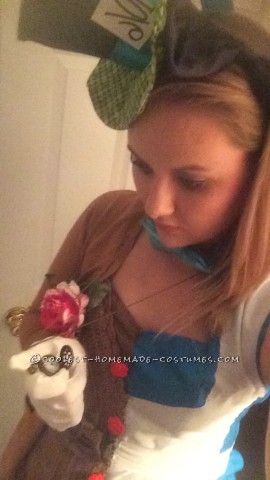 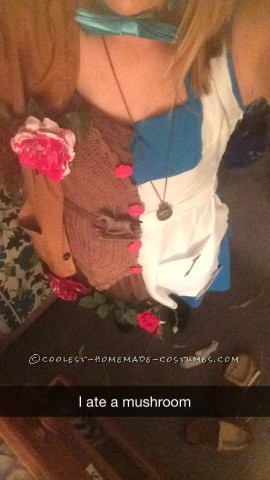 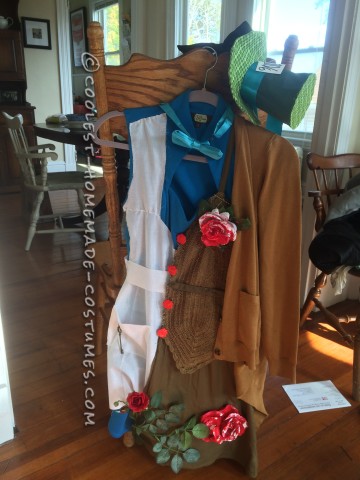 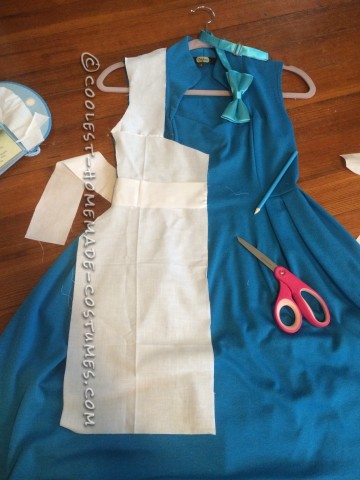 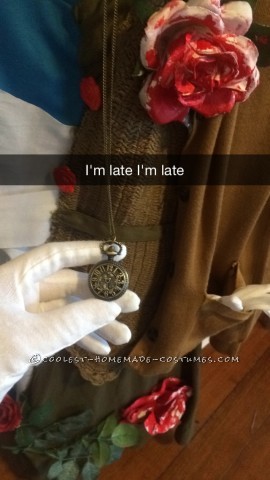 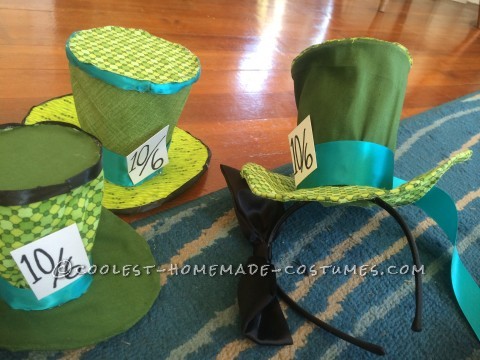 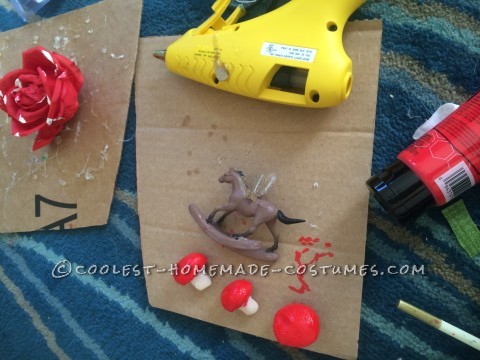 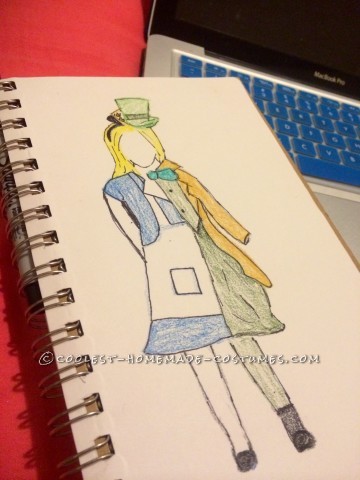