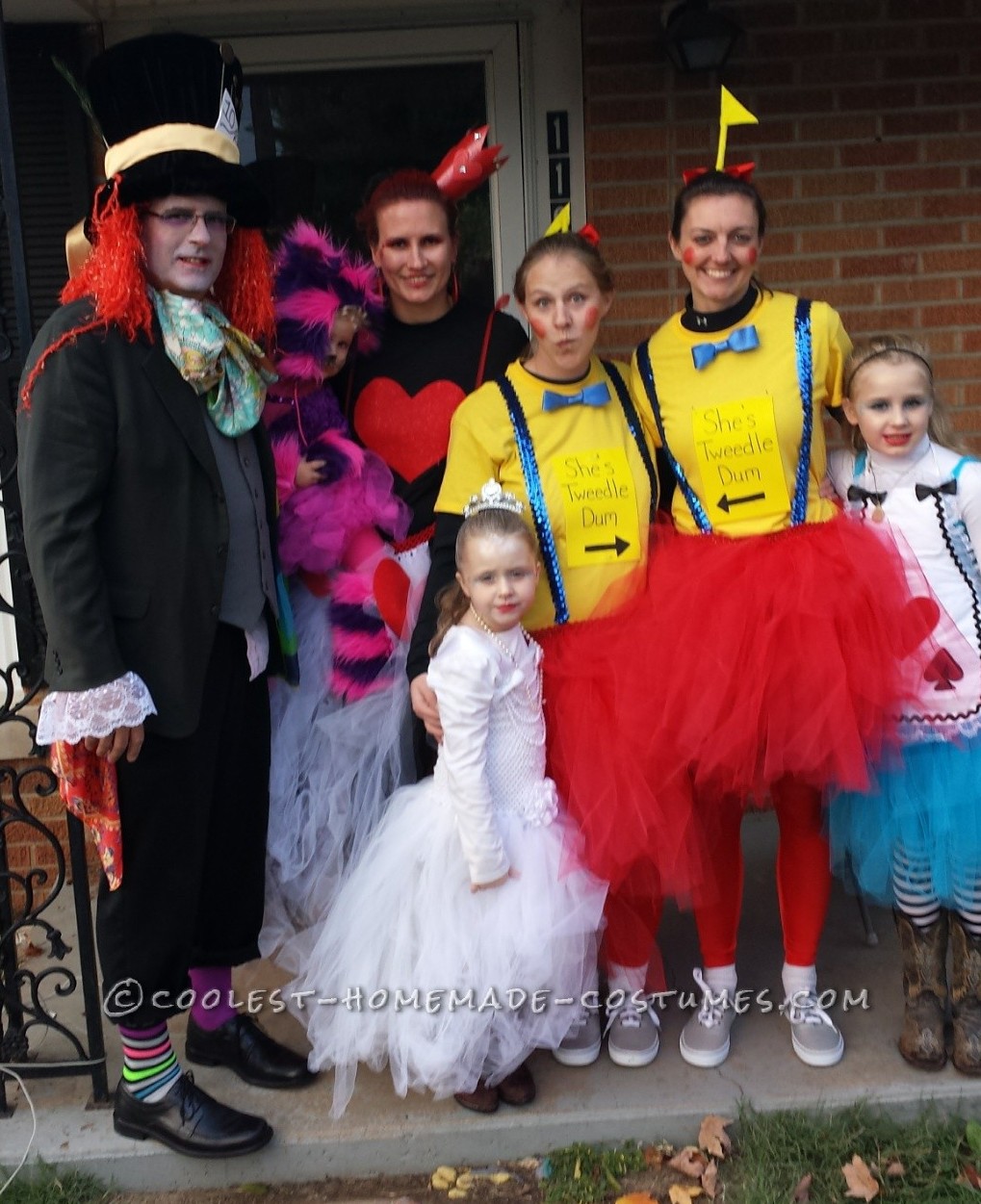 My nine year old daughter and I decided it would be fun to do group costumes this year, and we decided on Alice In Wonderland. I made tutus from tulle for all the girls’ costumes. My nine year old was Alice. I bought a white apron and added lace and some black trim around the edges and cut a heart, spade and club from felt, and glued to the front. We made finger-less gloves from a pair of striped socks. My two year old was Cheshire Cat. Her costume probably took the longest to make as it required a little sewing. I ordered pink and purple fur and was able to make a hat with ears, tail, leg warmers and wrist cuffs from fur to go along with her tutu and chenille tutu top.

My friend’s daughter was the white queen. I just made a white tutu attached to a crochet tutu top and added pearls and bows to the top. I also added some pearls and white ribbon in the tutu. She used a crown from her dress up stuff. Two of our friends were Tweedle Dee and Tweedle Dum. I attached sequin elastic to the tutus as suspenders and used blue metallic ribbon to make a bow that I hot glued to a yellow shirt. We didn’t really want to use hats, so instead, I made a red bow attached to a hair clip and used a straw wrapped in yellow felt to make the flag. We added red leggings and they were good to go. They kept arguing over who was Tweedle Dumb, so I made a sign for the front of each shirt that said “she’s Tweedle Dum” with an arrow pointing to the other.

I was the queen of hearts. I used red felt and cut out hearts to add to the front of my tutu, as well as a large red heart that I glued on a black shirt. I had to use tulle to make suspenders to hold up the tutu because it was heavier than I expected because I made it long. The crown was made from a paper cup that I painted with red paint and glitter and added cut out hearts and jewels to, and then I attached it to a headband. My husband was the mad hatter and was probably the favorite of everyone. I got the jacket and vest at goodwill and added lace to the sleeves of the jacket and scarves and ribbons in the pockets. We just rolled up a pair of his black dress pants and added funky mismatched socks. The hat I made from cardboard and covered with stretchy velvet material. The sash on the hat was a piece of satin material and I made hat pins from wire hangers and old buttons. The hair was orange yarn that I attached under the hat.

We had lots of fun and got tons of compliments on our costumes. We had a couple people ask to take pictures with us and several people told us we had the best costumes they’d seen all night! 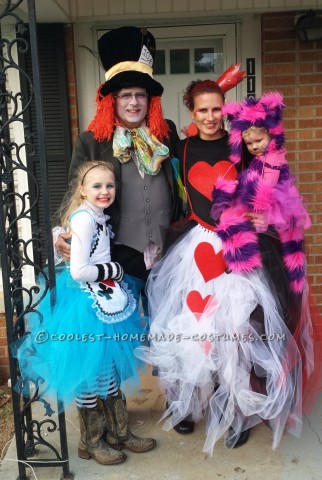 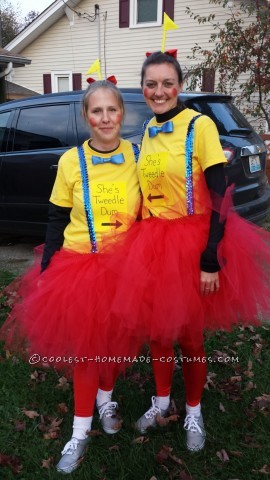 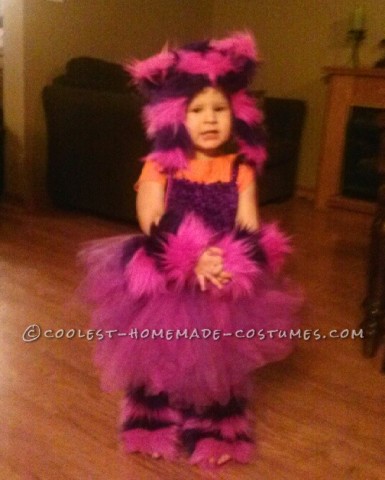 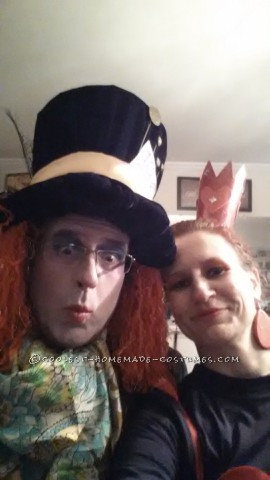 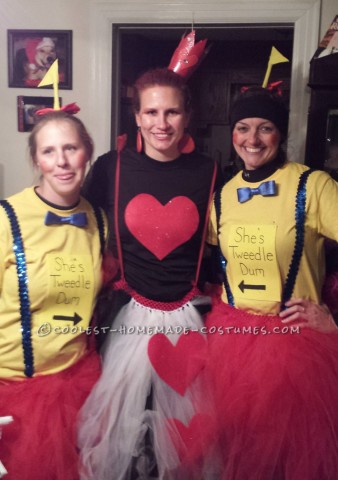 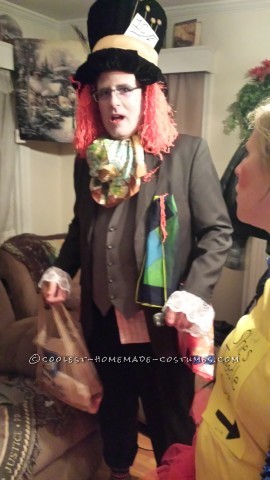 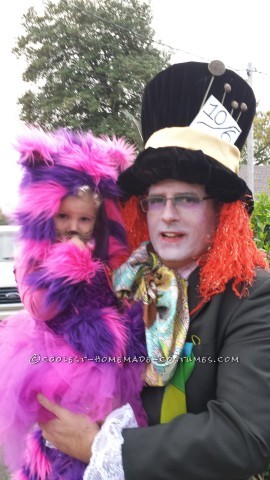