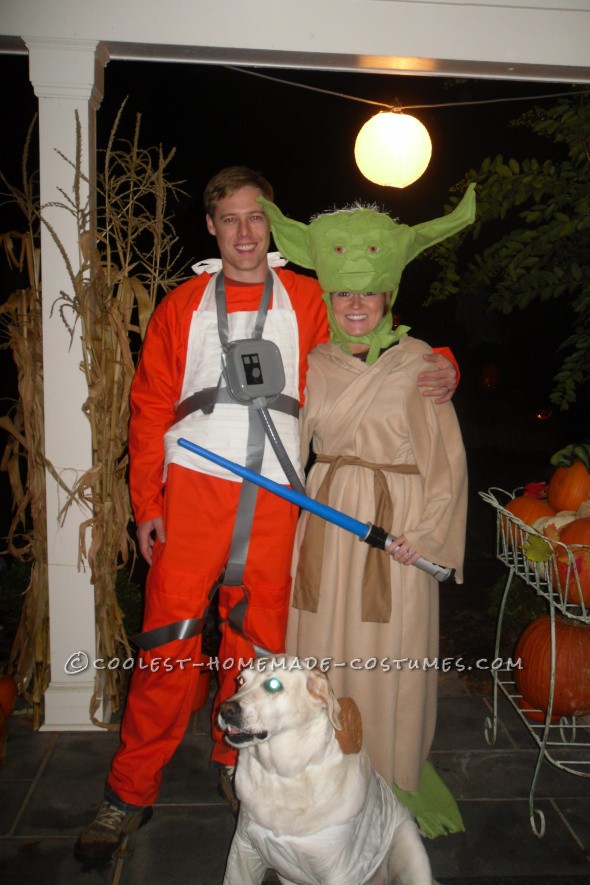 My husband is a HUGE Star wars fan so I allowed him to pick our Halloween costumes this year and low and behold, he chose Star Wars! He wanted to do original Star Wars film characters, and of course he wanted me to be Princess Leia. However, I am pretty ambitious with my Halloween costumes and wanted to step up the game a bit so I decided to be Yoda, and he picked a rebel pilot suit. The suit was pretty easy, I used an old Halloween pattern for a lion but just modified it into a full body suit and added the pockets on the legs. The white vest I sewed by hand and added pleating to the front. The box and wiring on the front is just a spray painted Tupperware container with some tubing from the hardware store attached.

For Yoda I sewed a big oversized robe out of fleece. The fun part was his head, I used a beanie hat and built his head on top with more fleece and pipe cleaners to hold up the ears. I stuffed this a bit to make it stand up taller, and I used long ties around the bottom to hold it on my head like a hoodie. His hair is made from specialty yarn that has a hairlike appearance. We had so much fun at the party and my Yoda costume won first place! Oh and I almost fogot, our dog Harper was Princess Leia since I opted out, I made her buns out of felt that stayed on her head with elastic and a white doggy “dress” and belt. She was adorable! For more photos and step by step intructions check out my blog post 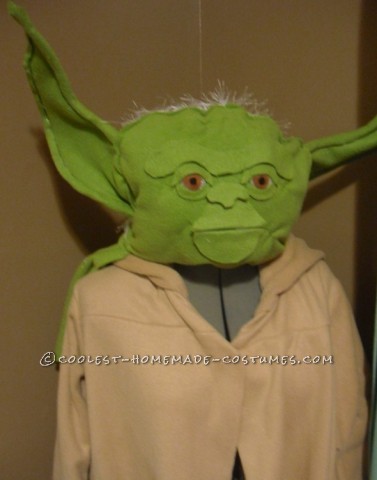 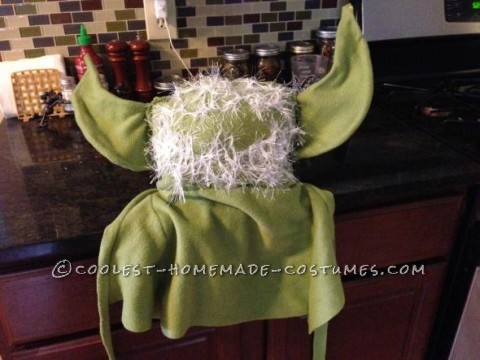 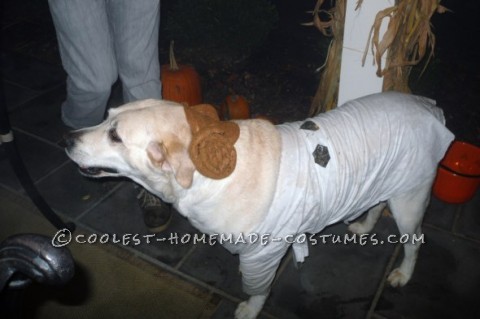