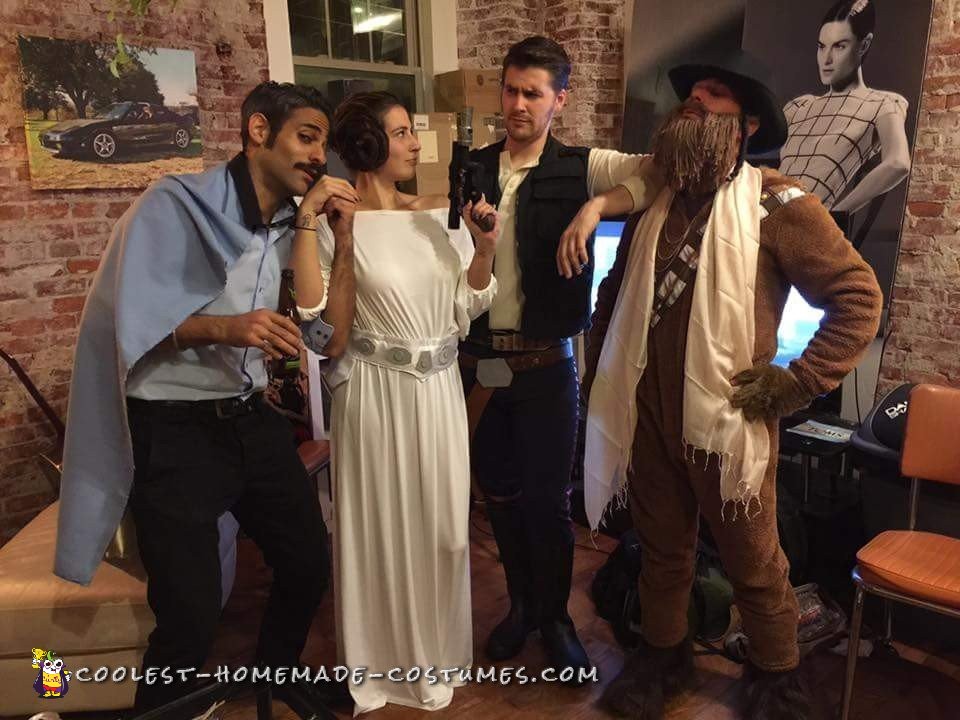 A long time ago in a neighborhood far far away (1991 in the suburbs of central NJ), two lifelong 7 year old best friends Brendon (Han) and Alex (Lando) swore someday, when closer in age to the actual stars in the movie, they would pull off a perfect Han/Lando Halloween costume.

24 years later, still best friends, on the eve of a new star wars movie release THE TIME HAS FINALLY COME.

When my fiancé Sarah suggested we do a Han/Leia couples costume I knew it was time to fulfill the long standing 24-year childhood agreement with my best friend. Our hilariously good buddy Ethan decided to get in on the action putting his own spin on Chewy, with his “Jewbacca” costume. Together we hit a bunch of bars and destroyed the dance floor in style!

For Han I got $20 used fishing vest. I got some ultra tight hipster pants from H&M and had Sarah hand paint the red hashes on the legs. The belt was a $7 Walmart belt, the gun holster I made from hacking apart a $10 Walmart pleather tote bag with hand riveted studs and buttons. I hand-painted the toy blaster to match. The boots are rain boots.

Leia was a white dress from Amazon, her belt hand made by Sarah, made with white sheer fabric and hand painted silver belt studs made from crafting foam. She also made a hidden pocket for her cell phone.

Lando was simply a blue collared shirt with black slacks and black shoes. His cape was handmade made by Sarah.

Jewbacca is a Chewbacca onesie pajama, with a fake beard from etsy, and a costume fedora with fake payis curls and a scarf in place of a jewish tallit.

This Star Wars group costume was a BLAST to do. Everyone stayed completely in character the whole night, to a point that we were asked if we were professional impersonators!

As we walked the Philly bar scene we heard phrases like “on point” and “nailed it!” every couple minutes. We’ve done group costumes before, but never to such an excited warm embracing reception as these. What especially made Sarah’s night was when a group of youngsters asked if we were the real Han and Leia, which is probably the greatest compliment I’ve ever received.

Yes, plenty have dressed like characters from Star Wars, but where they focus on characters like Luke and other Jedi, we decided to stay with the “cool” Star Wars “good time party” characters. Many group costumes have Luke… forget that. We have a Lando. 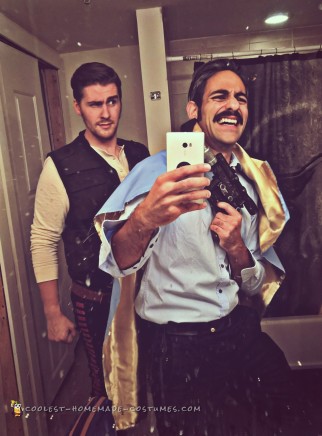 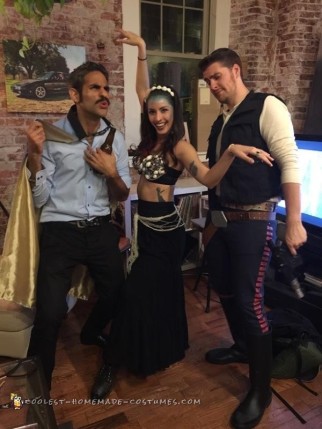 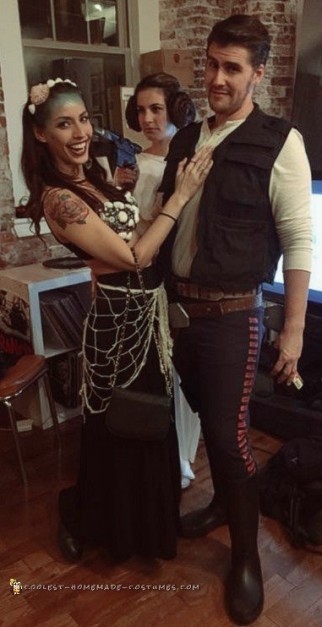 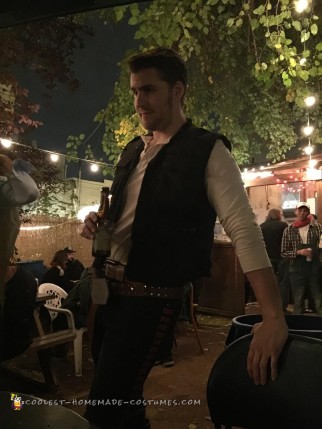 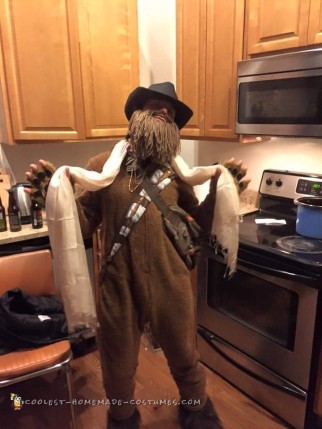 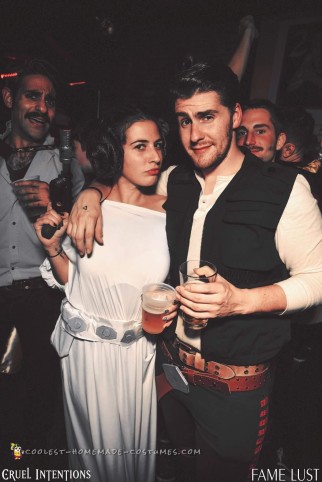 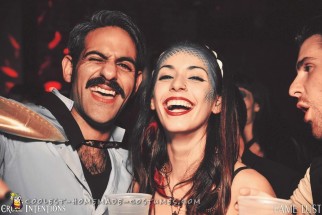 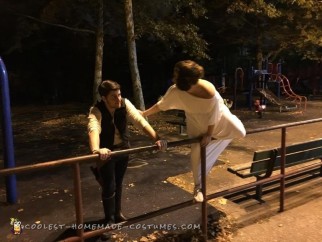 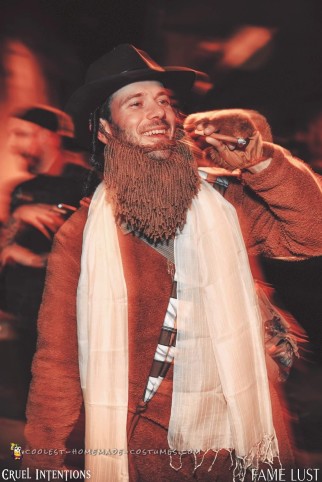