I love Star Wars. Not in the “I jumped on the bandwagon in 2010” way, but in the “I’ve loved Star Wars since the 80s” kind of way. So does my husband (Dorks). So we decided to be Star Wars characters for Halloween. The hard part was choosing the characters we wanted to be. I love the Princess Leia costumes but wanted to do something different. There’s not too many other women’s characters other than her and Padme Amidala! So I decided I would be Darth Vader but put a little feminine touch to the costume. My husband wanted to be Jabba the Hutt so found a costume online that was hysterical so went with that. A friend of ours had a Stormtrooper costume so he wore that. Before going out, we had fun posing in random pictures around my friend’s apartment.

To make the Darth Vader(ette) costume, I did a lot of mashing together of other costumes to make mine.

I found a cheap Catwomen suit at a Halloween store. I then bought a cheap kid’s Darth Vader costume. I cut the chest plate out and Velcro’d it to the suit (so I would still be able to unzip it) and cut the belt off and sewed it to the Catwomen suit. I purchased some large gems from a craft store and sewed them onto the belt to make it stand out. There was also a cape included in the kid’s Darth costume that I used. I purchased a light saber, breathing device and a helmet/mask from an online costume store. I had the black boots so was set there. Likewise I already owned black gloves.

I wore the costume to a party that had a costume contest. I was nominated for the best woman’s costume and came in third. The top 2 were Leeloo from the Fifth Element and the other was some store bought sexy-type costume. Both girls had hot bodies and about 6 square inches of fabric covering their entire body so every guy in the crowd was screaming their heads off!!

No one could hear the breathing device unless we were away from the music speakers but it was a fun prop to have either way. Wearing the helmet was interesting because no one could hear me and I was sweating up a storm under there! The anonymity of the mask was fun though as not too many people knew who I was! 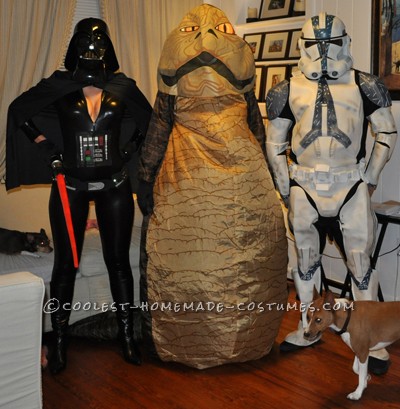 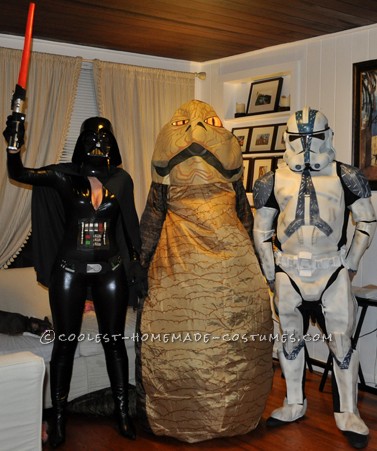 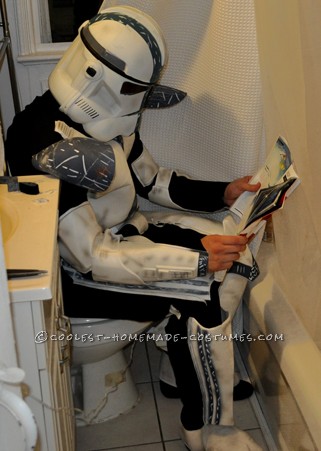 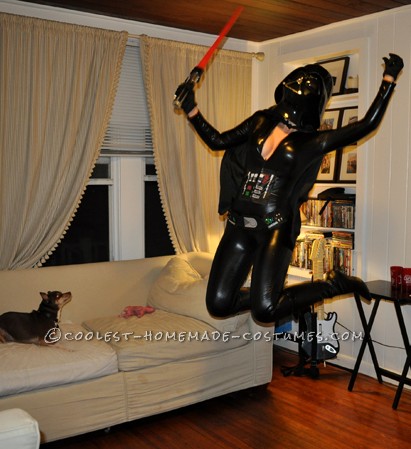 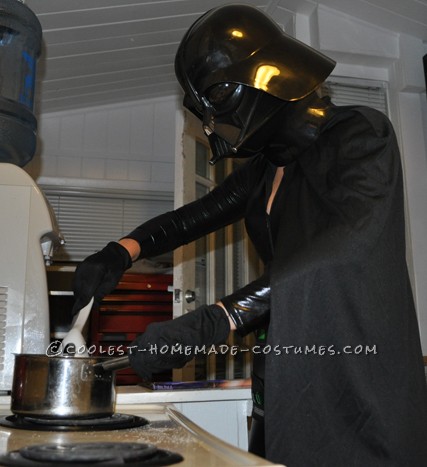 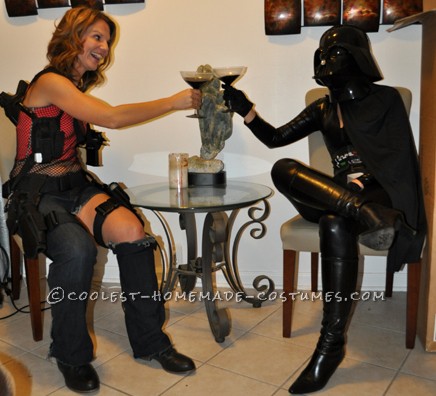 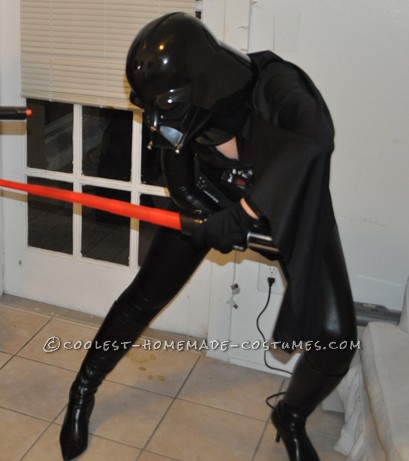 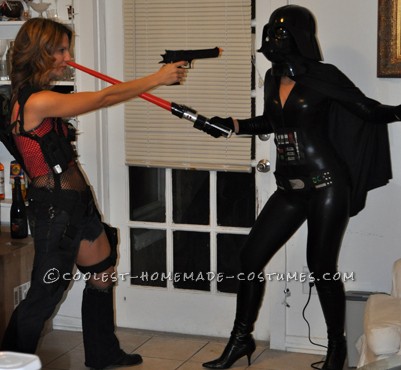