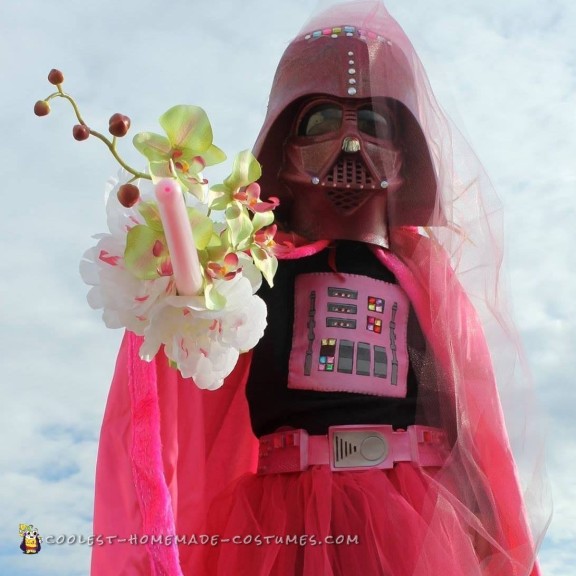 Our 4- year old daughter loves princesses so we decided to give her a new spin on that idea and introduced her to Star Wars. She wanted to be Darth Vader for Halloween but decided that idea wasn’t “pretty” enough and asked to be Pink Darth Vader. In her mind, it was 1/2 bride (another obsession of hers is weddings) and 1/2 Darth Vader. She was adamant that she needed a bouquet (which I incorporated into the light saver) and a veil (floor-length, of course).

A boys’ black Darth Vader costume was up cycled into Pink Darth Vader. I used several bottles of pink paint to alter the mask, chest piece, and belt. She got lots of high fives from neighborhood dads. All the neighborhood kids seemed impressed by her mask and she used the pink light saver as a flashlight. She was very well received. 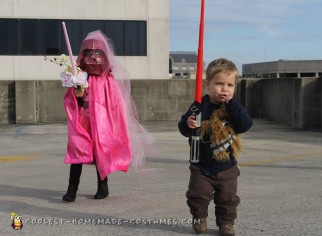 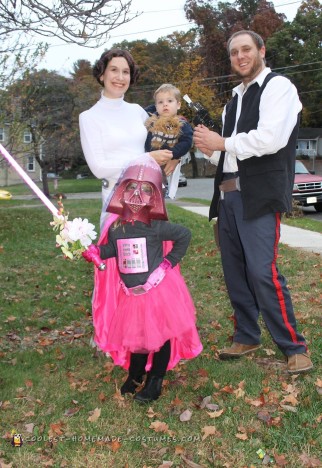