This year my daughter wanted to be Wild Style from “The Lego Movie.”  Luckily, this was a costume type that had been done many times before, and we had many great references across the internet to help us get started. The costume is built from cardboard and papier-mâché.

The head was constructed out of several different card board circles that are stacked on top of one another and glued together.

The body and feet were part of a card board box taped and glued together then coated in papier-mâché.

Building the hair posed the biggest challenge. It was made from strips of thinner cardboard that were taped into place, and then coated in paper-mâché.   Getting the hair correct was probably the most time consuming part of the costume.

An opaque projector helped us get the details from images of Wild Style like her face and graffiti on her jacket mapped on to the costume. We thought it was important to make sure we had the eyes and mouth positioned so they could be used not only as a place to see out of the costume but also a way to get fresh air and breathe.

The hands were built from a cardboard tube and more paper-mâché. They fit over her arms and had a hole that allowed her real hand to come out in the middle of the Lego hand. The hole in the hands made it possible for her to carry a candy bag, and ring door bells. Although navigating any porches with stairs did present a challenge because of the head and limited visibility and the boots being a bit clunky.

Once the paper-mâché portion of the costume was done, we coated all body parts with black spray paint and the head in yellow. The rest of the details were painted in acrylics by hand.  The eyes and mouth were cut out with a sharp knife and black window screen was taped over the holes so my daughter could see out but people could not see in.  The reactions from other trick-or-treaters and their parents were awesome!  We lost track of how many people stopped to take photos with her.

This would be a fun group costume with other Lego characters from the movie, or even a fun costume for Comic Con.  It’s fairly easy to make and took about a month.  If we made other Lego costumes in the future, I would like to try making the boots out of upholstery foam covered with stretchy fabric to make them more flexible and easier to walk in. 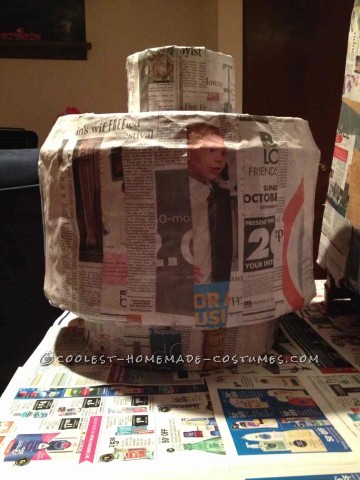 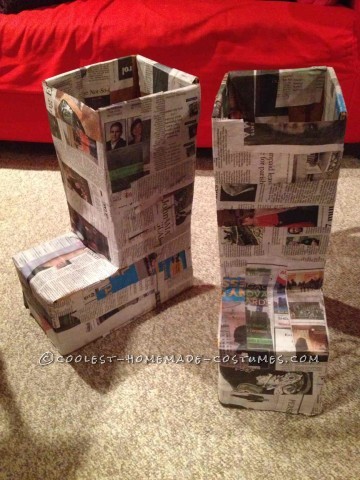 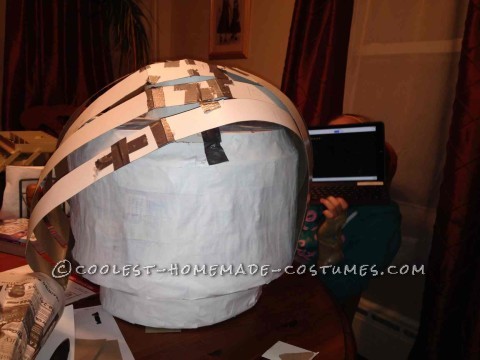 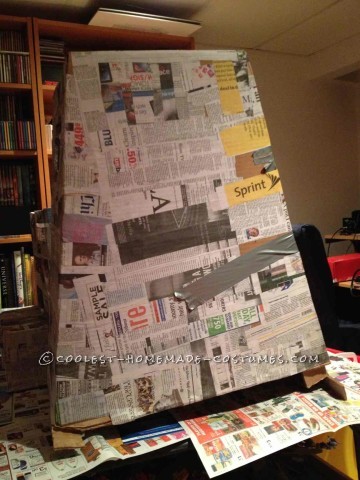 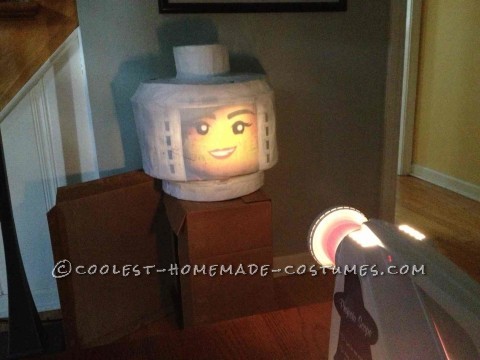