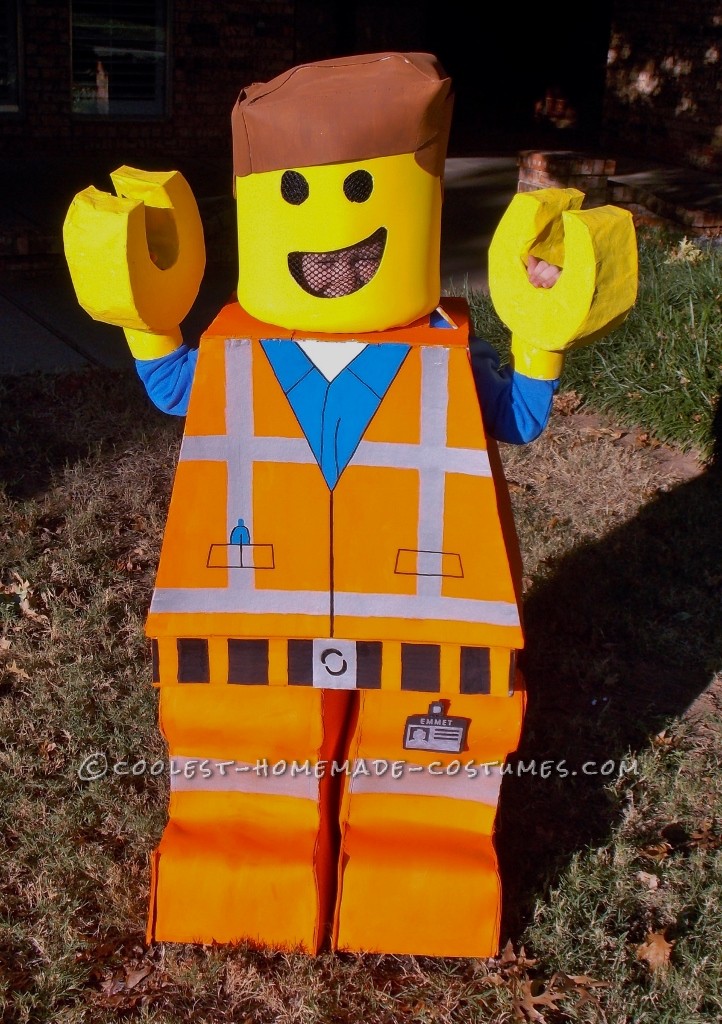 I kept asking my 5 year old what he wanted to be for Halloween. I started asking him in August. He kept saying “I don’t know”. I had no idea what I was in for. Mid-September he finally told me he wanted to be Emmet from the Lego Movie. Lo and behold, there are not any costumes out there (except a hoodie). So, I decided to make it.

I didn’t know what I was doing at the beginning. I focused on one thing at a time. I made the top first. I went to the dollar store and bought two sheets of foam board. I measured a Lego figure and measured my son. I then scaled it to his size. I painted it orange a few times to get the color right. I then painted the other parts on it. I made the belt out of foam board too. I cut out a rectangle. I hot glued the foam together.

I then made the legs/feet. I used white kids foam 3mm and painted it orange. I cut out four sides to make the shapes I wanted. I used shoe boxes upside down for his feet to go in. I then attached the pieces together with hot glue. I went through a whole bag of glue sticks!

The hands were the most time consuming. I used the left over foam board and cut out the “c” shapes. I then put polyurethane foam in between the shapes. I then used flour and water and newspaper to paper mache them together. I made the top layer with white computer paper so I could easily paint it yellow. They turned out great. I left a hole in the middle so I could put a drink coolie in for his hands so he could carry his pumpkin and pick up candy.

I originally wasn’t going to do a head but I figured I might as well go the whole mile. I used two floral foam rings (one for the top and one for the bottom). I held them together with chopsticks. I then hot glued foam around them in a circle. I hand stitched foam together to make the hair then sat it on top. I cut out eyes and a mouth and attached black fabric with holes so he could see out of the mouth.

The best part was my son’s reaction. I was worried about cutting arm holes because I didn’t want to mess it up. He told me “Mommy, it doesn’t matter if everyone laughs at my costume because I love it.” He said it was awesome!

The reactions we got were priceless. Kids said it was the coolest costume ever. Then other kids (we didn’t know) would yell at him, “Hi Emmet”! My son felt very special and I helped make that happen. 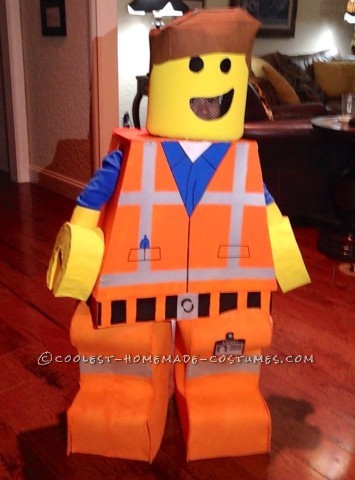 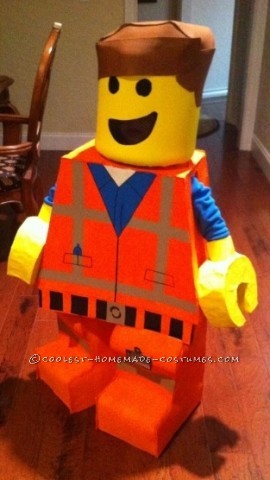 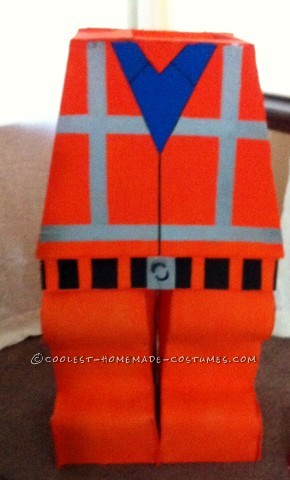 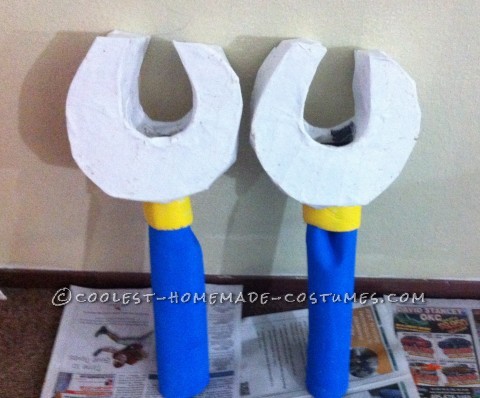 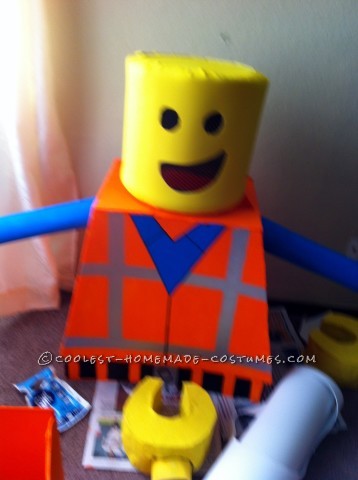 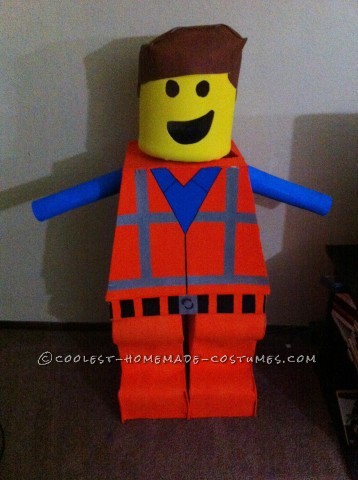