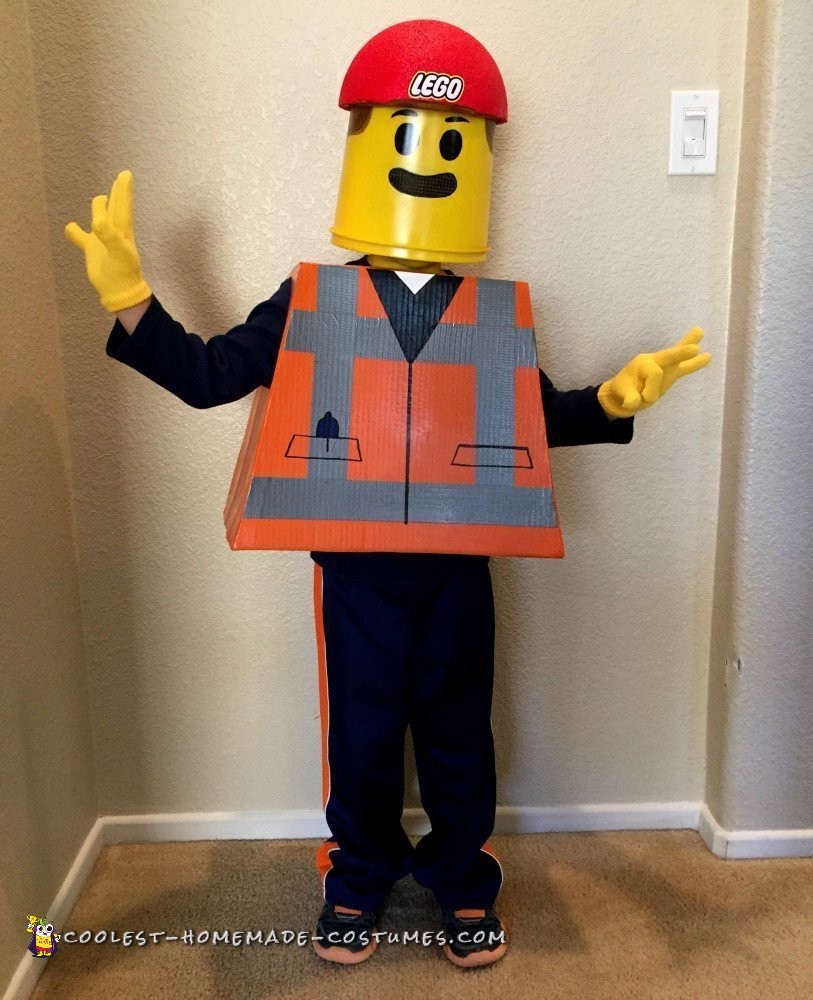 A little about my Lego minifigure costume:

My 5 year old son, Riley, loves Legos, and especially The Lego Movie. One night we were discussing what he wanted to be for Halloween and I decided that I would attempt to make him his favorite character from The Lego Movie, Emmett.

I began making the costume after I found the plastic container that would eventually be the Lego head.

This was my first time making any of my children a Halloween costume. Once I got past the brainstorming phase, I found it to be a lot of fun. Most of the work took place after the kids were in bed for the night. I’m pretty proud of it too. 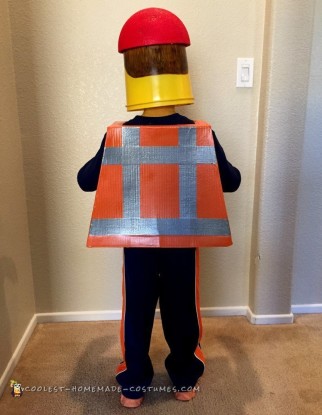 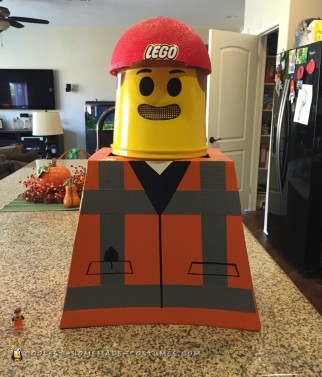 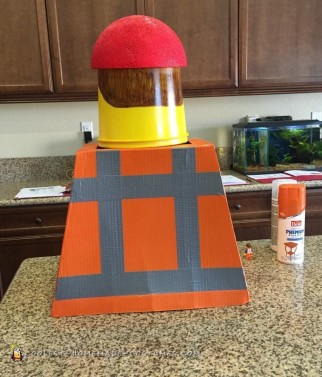 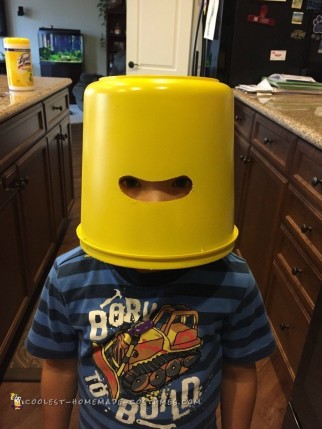 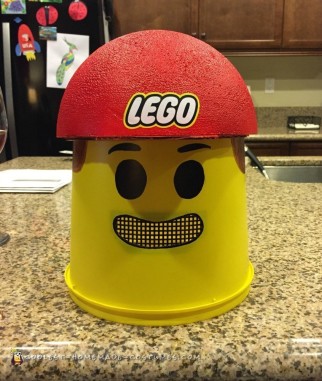