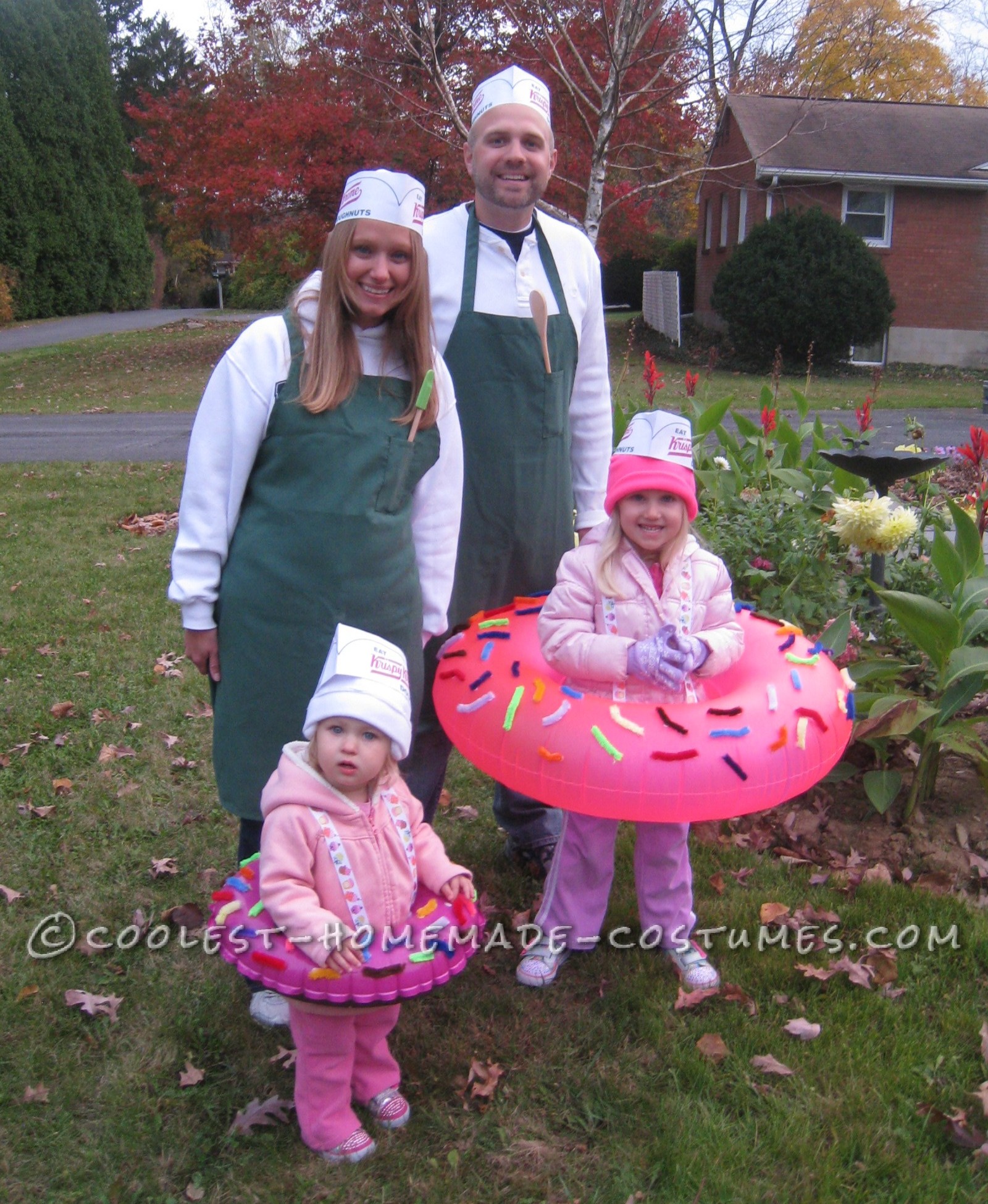 Instead of a traditional wedding cake, my husband and I had a tier of Krispy Kreme doughnuts. Six years later we created two little doughnuts ourselves (one and four year old daughters). After searching for doughnut costumes and only finding ones for $60, I decided to make my own, however, I don’t know how to sew.

I came across several ideas and found one that did not require any sewing and allowed my four year old to help. I wish I would have thought of this idea in summer because finding the swim rings probably would have been easier.

We purchased a 36 “ neon pink swim ring from eBay and used a 20” princess swim ring leftover from summer. My daughter and I then painted the princess ring with chocolate brown paint. I decided not to paint the neon pink swim ring and I’m still not sure if I should have or not. I purchased giant pipe cleaners and cut them. Instead of glue we used Velcro dots to attach the giant pipe cleaners which my daughter loved to do.

We attached the ribbon with Velcro as well but I ended up using a glue gun to make sure it was more secure. I found doughnut hats and aprons on eBay. One problem we found was that the girls could not sit in the wagon at the same time so it took us longer to get “around” our neighborhood .

Our neighbors loved our costumes as well as family and friends and the girls enjoyed being doughnuts. The girls even wore them to daycare for a Halloween party and their friends went crazy and tried eating them. We brought in doughnut holes for the kids to enjoy instead. My four year old even insisted on sitting with the costume on, see picture. The biggest issue is that we do not have a Krispy Kreme near us anymore and we made a lot of people hungry for them! 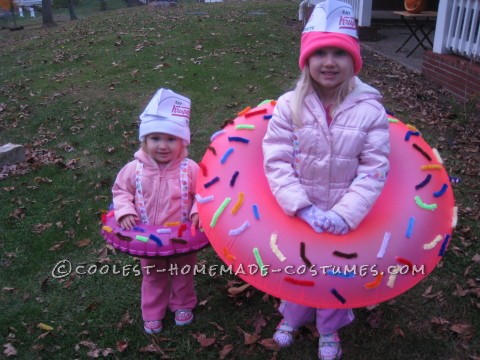 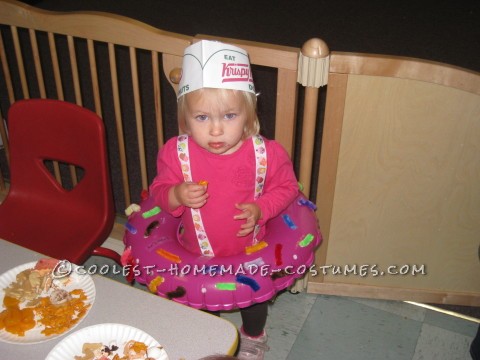 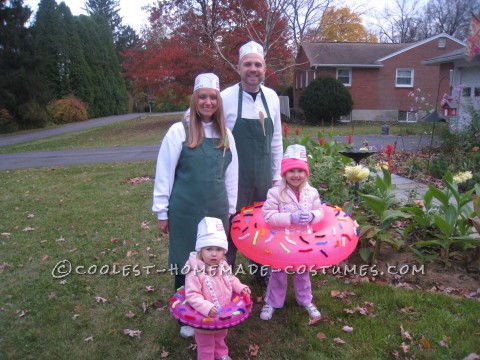 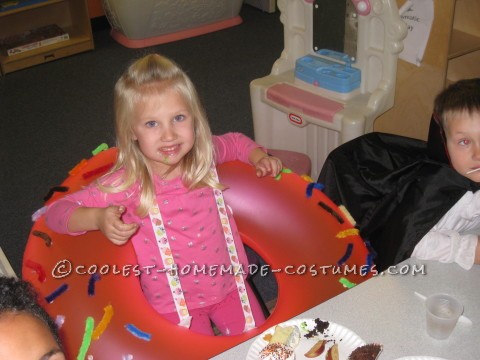