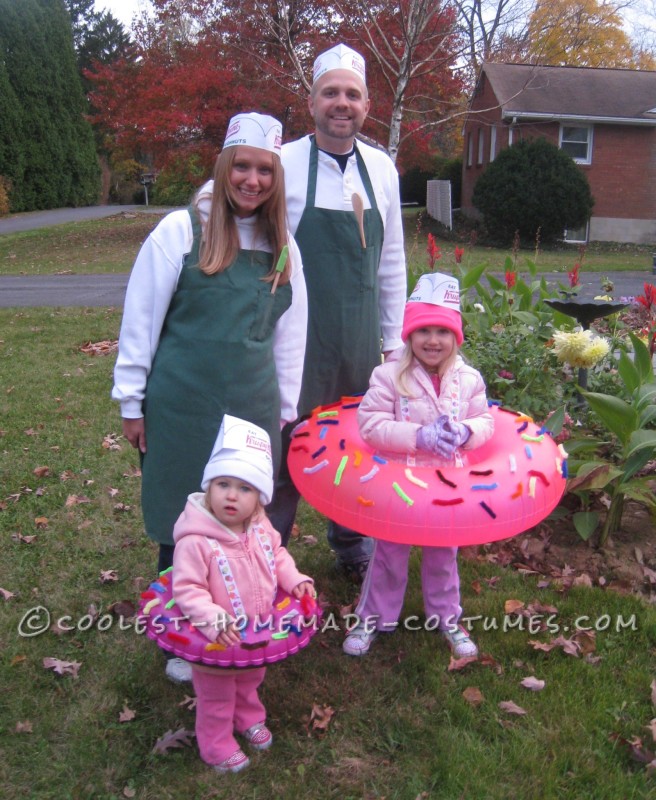 Instead of a traditional wedding cake, my husband and I had a tier of Krispy Kreme doughnuts. Six years later we created two little doughnuts ourselves (one and four year old daughters). After searching for doughnut costumes and only finding ones for $60, I decided to make my own, however, I don’t know how to … Read more 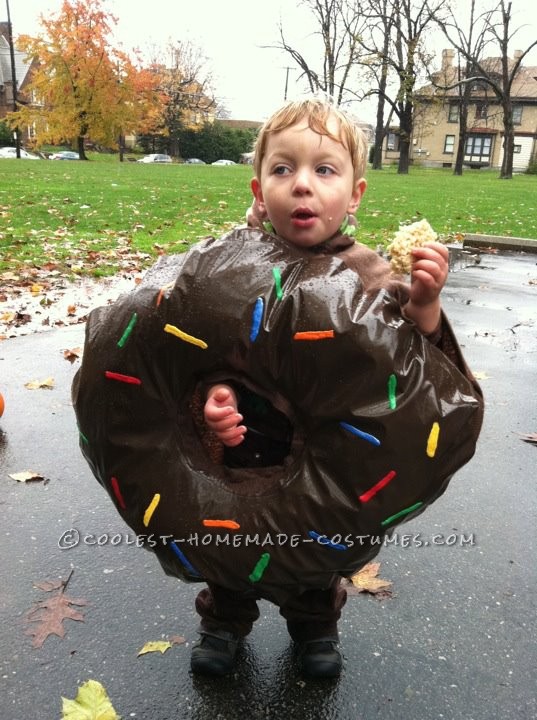 Asked my two and a half year old son what he wanted to be for Halloween last year and his response was simply, “I want donuts”. This has been a common request because donuts are his favorite desert, but it got me thinking… why don’t I make a donut costume for him? So I bought … Read more 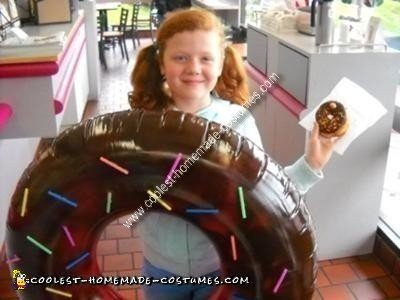 This Chocolate Donut Costume was my daughter’s costume for Halloween 2009. It was SO easy and fun. I took an innertube, blew it up, and spray painted it brown all over. You don’t really have to spray the underside, since you pretty much won’t see that part of the costume. Then, when it was dry … Read more 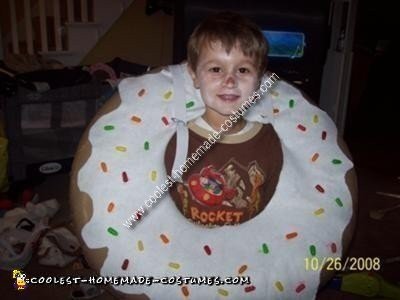 My son wanted a Donut Kids Costume for Halloween. First I bought a circular pool raft. It was pink and on clearance. Then I bought spray brown spray paint. Buy craft glue, Velcro strips, safety pins and Mike & Ikes. I blew up the raft and spray painted it brown. Next I bought 2 sheets … Read more 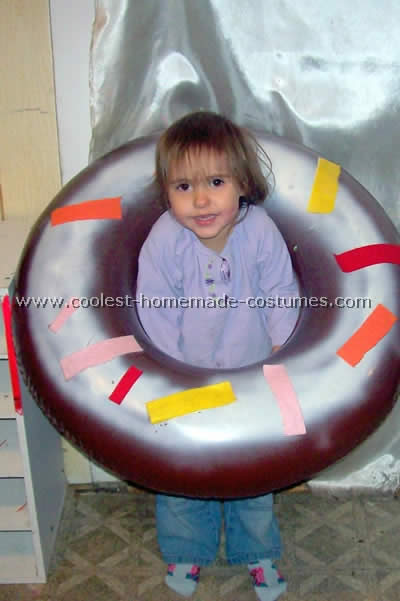 For this cute yet delicious costume my daughter age two and a half wanted to be a “Loclate o-Nut” ( Her pronunciation). It took me a week to decide what to use because I was only interested in easy costumes. Hula Hoop came to mind then I thought a float swim tube. The items you … Read more 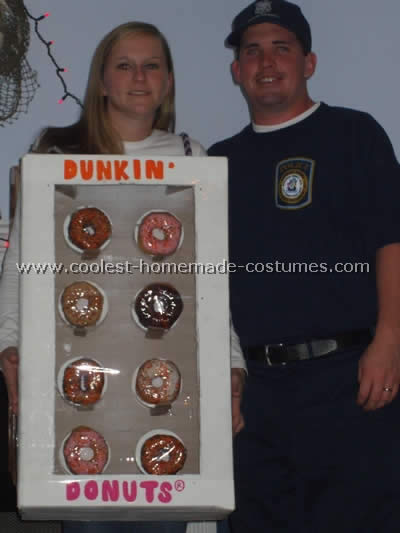 My husband and I spent over a month going back and forth trying to find easy costumes for Halloween. We wanted our costume to be something we dressed up as together, something that didn\’t cost a lot of money and something very original. Somehow we came up with the idea of being “A Cop and … Read more