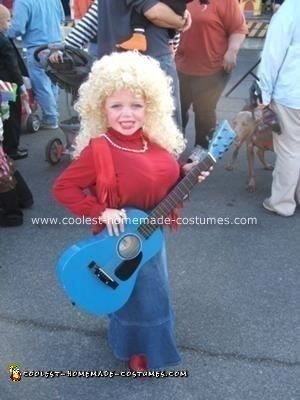 Our Elementary School’s Accelerated Reader theme was Famous Tenneseans. My daughter, aged 6, decided she’d like a Homemade Dolly Parton Costume. We bought a blond curly wig from a Costume store and a hair net. I found a red turtleneck, added a red-fringed suede vest, long denim skirt, red fringed cowboy boots and a concho belt. Dolly loves make-up so I did her eyes, blush, signature red lipstick and a mole by her lip.

Dolly also loves flash. So we dug through my daughter’s dress-up jewelry and found a large fake diamond necklace and earrings for some bling. Since I am a modest size I had to borrow a friend’s DD cup bra. I blew up two balloons half-way and placed inside cups of bra. I had to pin the bra on my daughter so it would be tight enough to stay on.

Lastly, a child’s guitar was her prop. A microphone would also be a great prop. This was a hilarious costume for a young child. We got stopped several times for pictures at our local Halloween Block Party. She also won 2nd place in the costume contest in her age division. 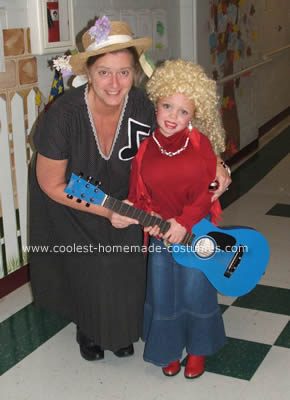 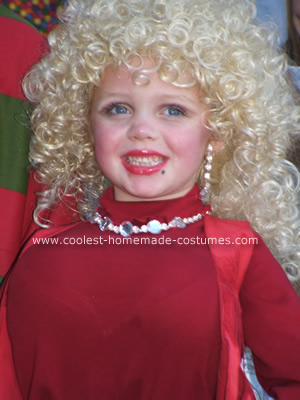 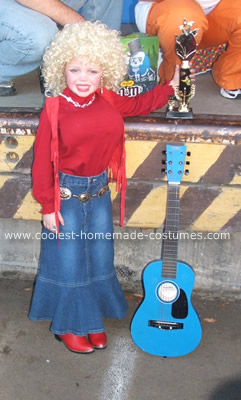