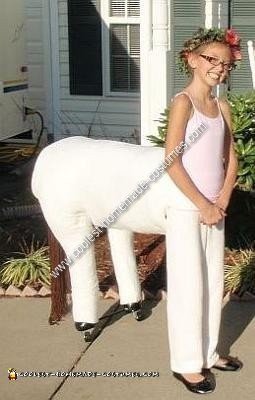 My daughter decided last year that she wanted to make her own costume. We decided on a Homemade Centaur Girl Costume. This was very time consuming because we were trying to make it out of items we had at home and also because of the paper mache.

I began the “costume” by forming chicken wire into the shape of the back of a horse. I held it all together with zip ties.

Next, we began the paper mache. I put 5+ layers on to make sure it was sturdy. We then attached the fabric “fur” with hot glue. I wasn’t even going to attempt trying to sew it. The hot glue held it together GREAT. I put patches of the fabric here and there and because it was furry, you couldn’t see where the pieces were connected.

We then cut a small round piece of wood to go into the bottom of the hind legs and attached rolling wheels off one of our computer chairs. The body of the horse was then attached to my daughter with a “belt” made from the same fabric as the horse body and it was held together at the front of her stomach with Velcro that was sewed onto the belt.

She was a HUGE hit! 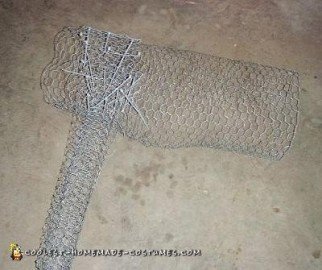 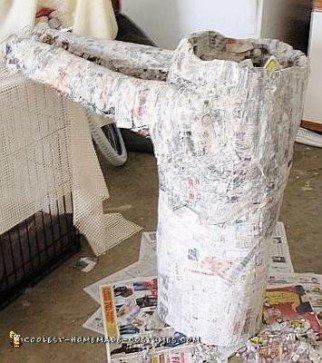