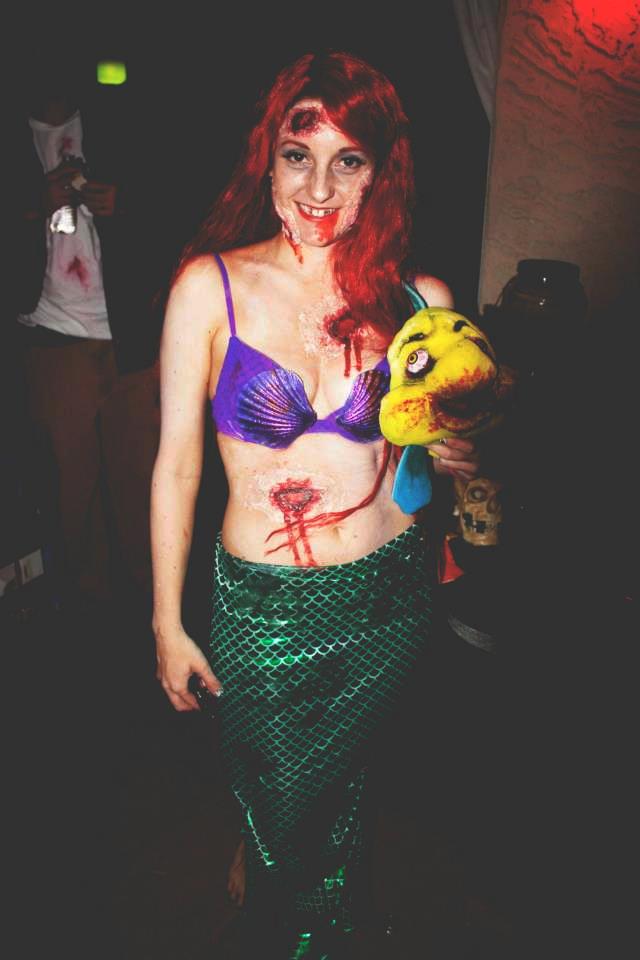 Every year I have a big Halloween costume party at my house. I always go over-the-top and decorate every room in the house. I also love to go all out and make my costumes! This year, I got a group of friends together to go as Disney characters, with a twist…ZOMBIES! Being a redhead, I decided to go as Zombie Ariel!

I made my costume using some pretty simple items. The seashell bra was literally made from seashells I found in Hawaii, painted purple and glued to a purple bra. I made the tail using green scaled fabric that I found at a fabric store. I didn’t do the greatest sewing job but the great part about being a Zombie is that your costume doesn’t have to look perfect! The more ripped up or uneven it is…the better! I dabbed the seashell bra and fin with brown paint to make them appear more dull and dirty. Then added “wounds” to my face and body using a simple toilet paper and glue technique to make the “wounds” appear deep, then added red fake blood and makeup for a more realistic look. I even used teeth stain that I got at a costume shop to make my teeth look decayed. I topped it off with a long, messy red wig!

While shopping at a thrift store I found a Flounder stuffed toy and “Zombified” him! I lightly painted him with brown and red paint to give him that dead look and glued some crazy eyes over his existing eyes using some ping pong eyeballs I found at the dollar store.

The rest of our group included my boyfriend who was a very creepy Zombie Pinocchio, my roommate as Zombie Cinderella, my friends as Zombie Aladdin and Jasmine as well as Zombie Mr & Mrs Incredible!

Our costumes were a big hit! We had so much fun and definitely creeped everyone out with our evil twist on the traditional Disney character costumes! 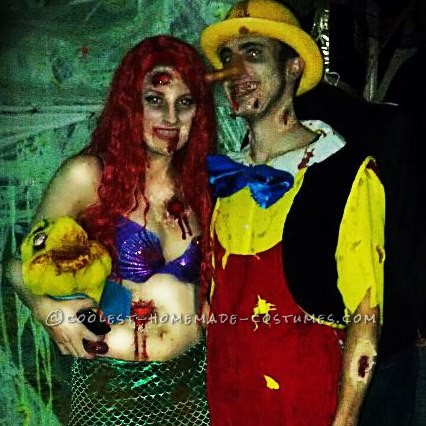 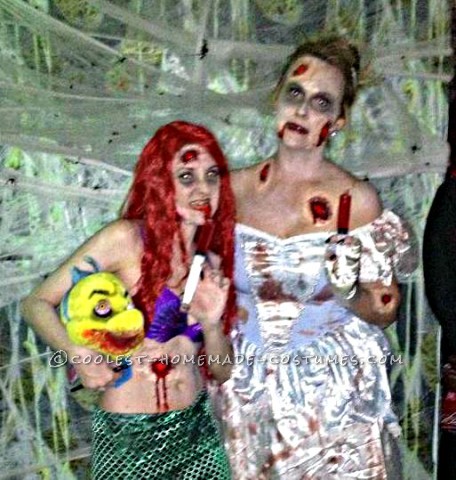 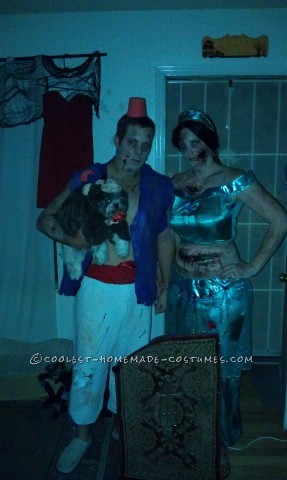 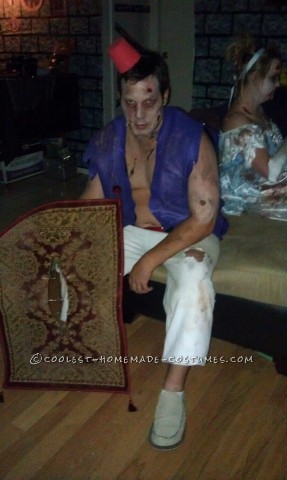 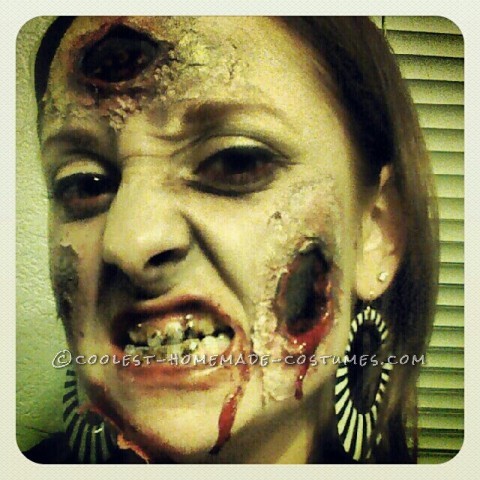