My Son Matthew isn’t like the other kids.  His classmates were all going as “store bought zombie _____ (fill in the blank, ex: zombie babseball, zombie army man, etc)” for Halloween, but not my boy.  He enjoys Halloween and enjoys creating costumes that no one else has seen.  This season- ‘Aircraft Carrier’.  We have made large, wearable vehicle costumes before (Thomas the Train, Model T, Firetruck, Jet Plane), but as he is in school now, we face the added dilema of needing to have a costume under his vehicle, so in addition to creating an aircraft carrier, we also made a Navy Officer uniform.  The carrier was fun to build, it is constructed nearly completely out of cardboard, covered in poster board, and painted ‘haze grey’.  The details on the carrier were either drawn on, or in the case of the landing strips, applied with glow in the dark duck brand tape, so as to really pop at night.  We attached a rubber band to the front of the carrier, which launched a foam airplane off the deck.  The uniform was a regular black suit coat which we hacked with gold buttons, gold stripes for the rank insignia, and a photocopied picture of my actual ribbons from when I served on active duty.  I bought a costume hat, and hacked it to look authentic.  The carrier is suspended over his shoulders with pieces of seat belt.  To collect candy, I made an airplane shaped basket attached to a piece of broom handle which allowed him to reach out to the doors and candy givers, accomodating the large size of the carrier.  Matthew’s costume was a phenominal hit, garnishing rave reviews from the multiple Halloween events we attended, the most amazing reaction was from the service veterans at the Assisted Living Community that we visit (my grandmother, Matthew’s great Grandmother lives there). I had three gentlemen approach us and comment at how good the uniform looked and how creative the carrier was, as well as told us about their service.  As a veteran myself, it was these comments that impressed me the most.  We won a costume contest at a private party for his classmates. 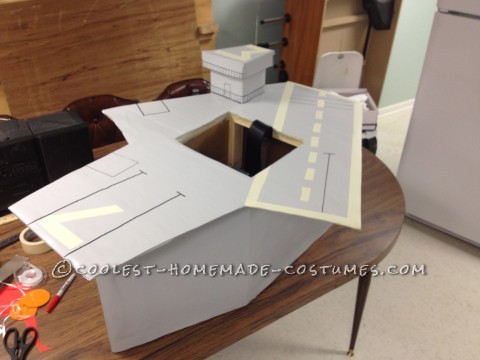 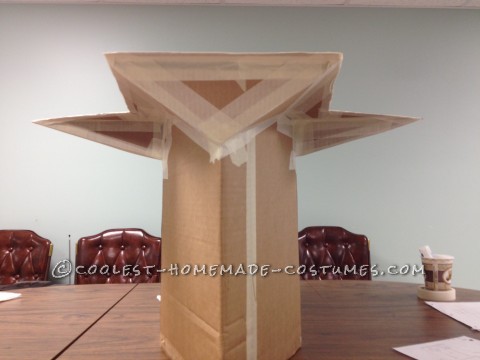 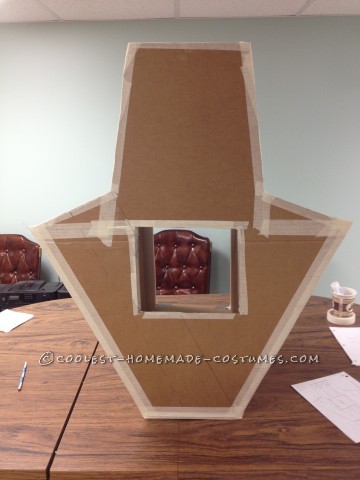