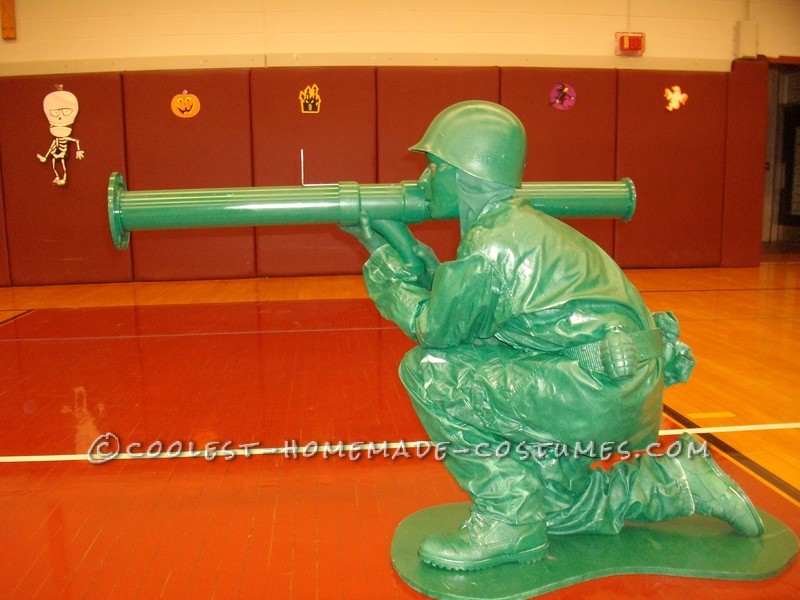 This costume was awesome but boy let me tell you the problems we had.  When Garret first decided he wanted to do this for his costume we thought, oh this will be cheap, we have all kinds of stuff around the house.  We were going to use an old Boy Scouts shirt and a pair of carpenter pants.  Well my husband stated we need to prime the clothes with black paint.  It did not make sense to me but Garret and Brian painted the pants black anyway.  Then he called me one day when I was shopping and said I need you to get bleach and some green dye this will work much better.  I was asking him why bleach, this could not be good.  Oh no, we are fine he said.

Well I bought the bleach and I was not even home for an hour and he said, “well you know the clothes for Garrets costume, I bleached them and they are all ripped.”  He used the whole BIG bottle of bleach straight did not dilute it.  Oh I was so upset.  We had to completely start over.  We went to various Salvation Army stores and low and behold as we were walking out of one of the stores, there on the Halloween costume stand was an official army uniform.  Brian said to me when we left, “Am I out of the dog house yet?”

The bazooka was make out of sewer pipe.  The grenade was a toy that Garret had in his toy box.  The binocular are real.  The clothes were tough to paint but Garret and daddy had a good time doing it.  The clothes were primed with WHITE paint.  Garret was afraid to slop on the paint he did not want to make a mistake.  We told him not to worry there is a lot of paint on these clothes.

As we do every year we take them to their school Halloween party.  Garret really played the part by doing different poses and standing very still. After the school party we take them to The Windmill craft market where they get to trick or treat.  Brian pulled Garret in a wagon and he was very still for all to see.   So many people loved his costume.  People stopped us many times to take pictures.  People said that was the best costume idea ever and asked us how we did it. 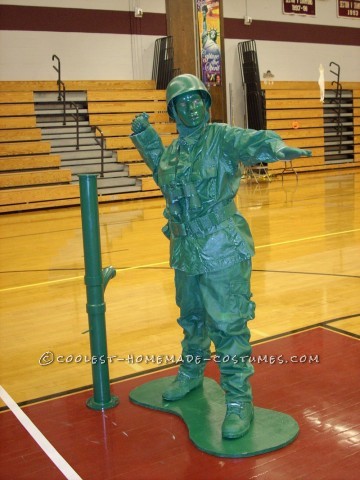 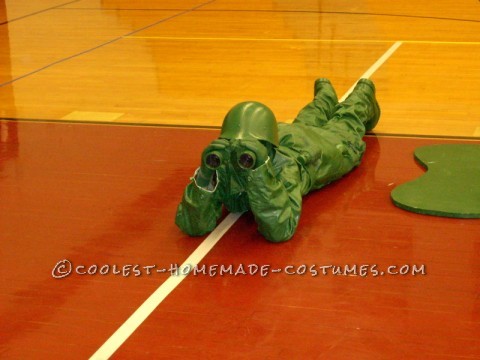 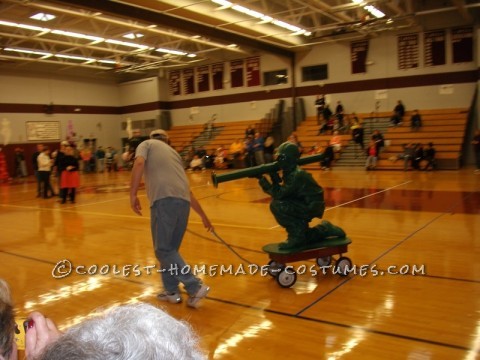 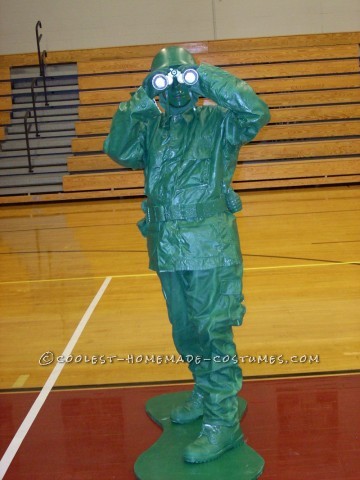 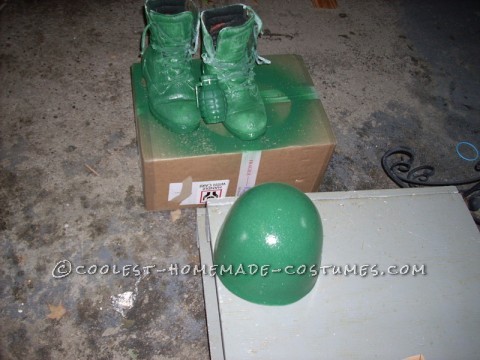 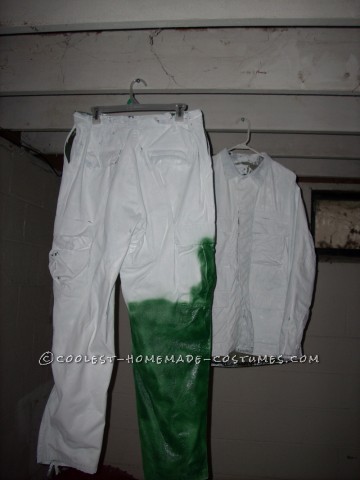 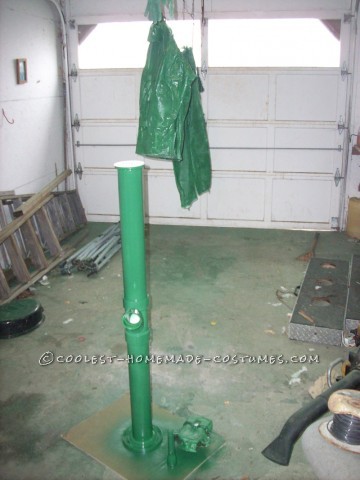