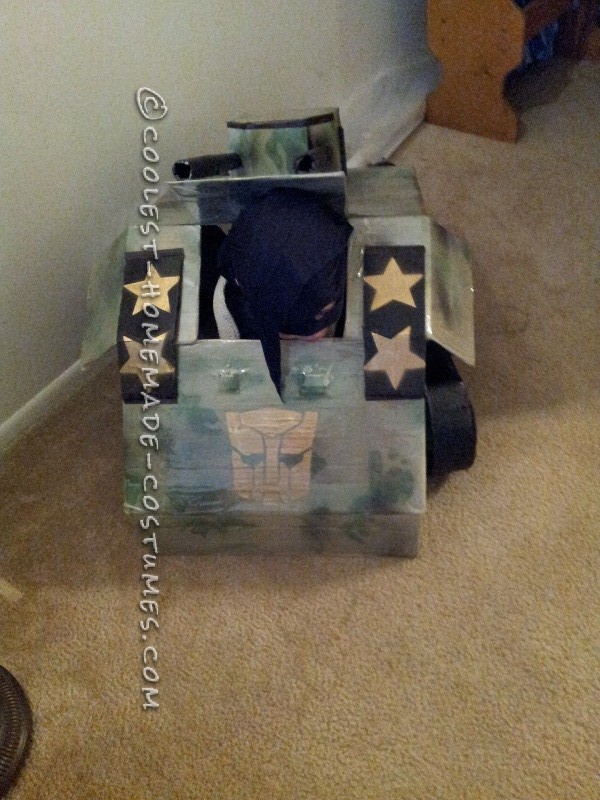 This was a joint project between my four year old and me. He crawls around all day transforming between a tank and a boy, so I decided to design him a costume. We reviewed Google images of tanks so that I could get a feel for the shape, as well as decide what parts needed to transform. Luckily, I have transformed enough of his toys to have some practice with the process.

The shape only took about 45 minutes of imagination once we found a few sturdy boxes of similar width. To strengthen the shell, we wrapped the entire thing in masking tape. Then we began the time consuming process of applying layers of green, gold, black and cream spray paint. We created abstract shapes to stencil the “camouflage effect” using construction paper and an exacto knife. Once all of the paint layers were applied, we re-wrapped the entire tank in clear tape. This was to both add sturdiness and eliminate any fumes from the paint.

When we were satisfied with the final product, we stenciled the autobot symbol on the top and front, designed the bumper tag for the back, and created “shoulder pads” with stars like his favorite tank transformer, Bulkhead. The tires were created by cutting an oblong oval out of cardboard and attaching a strip of cardboard for the tracks. We then followed the same process of tape, paint, tape, topped off with three paper party plates on each side. The black part of the wheels we colored in marker, and the grey in crayon. Gavin worked on the tires while I worked on the spray painting and it was a huge help. We just moved in about 2 months ago, and I needed a use for some of the boxes. I’m guessing that the tank will be around the house for a long time!  He had a blast on Halloween transforming for people, complete with sound effects, and keeps asking to do it again.

All together, the costume took about 3 weeks. We used 3 boxes, 2 rolls of clear tape, 2 rolls of white masking tape, 5 cans of spray paint, 3 sharpies, a crayon, 6 paper plates, and tons of imagination. The process was a lot of fun, and we have already started on another transforming Transformer costume for him to play in. 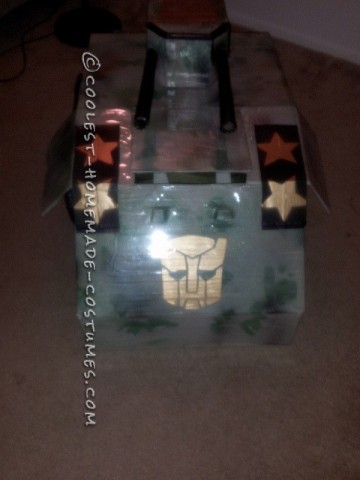 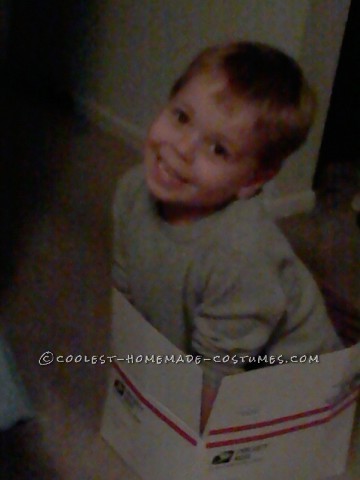 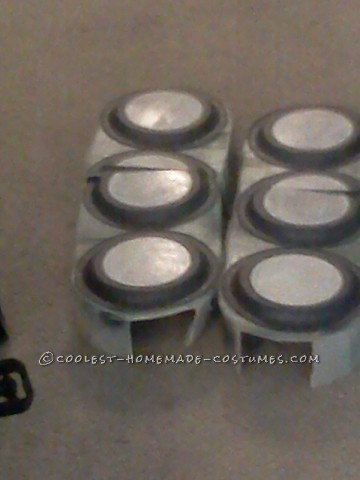 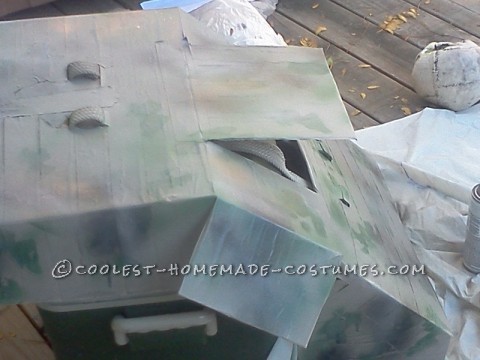 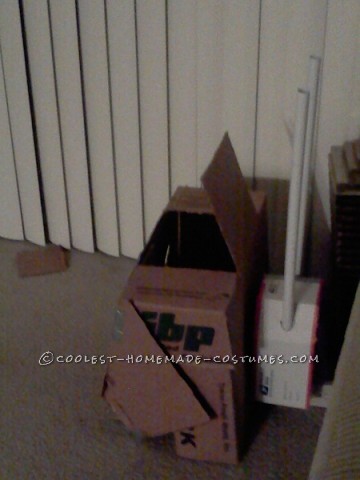 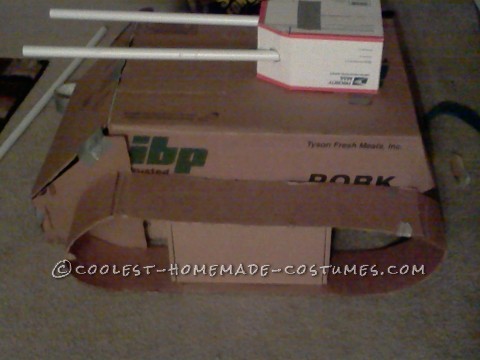 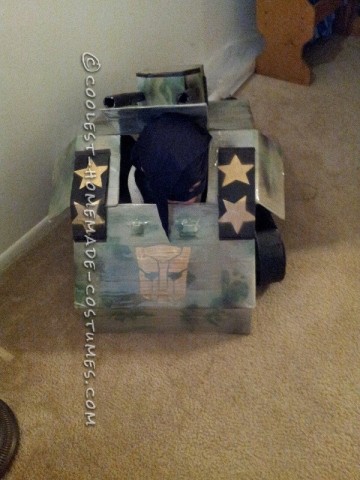 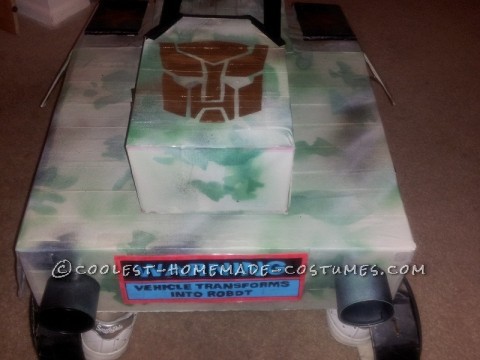