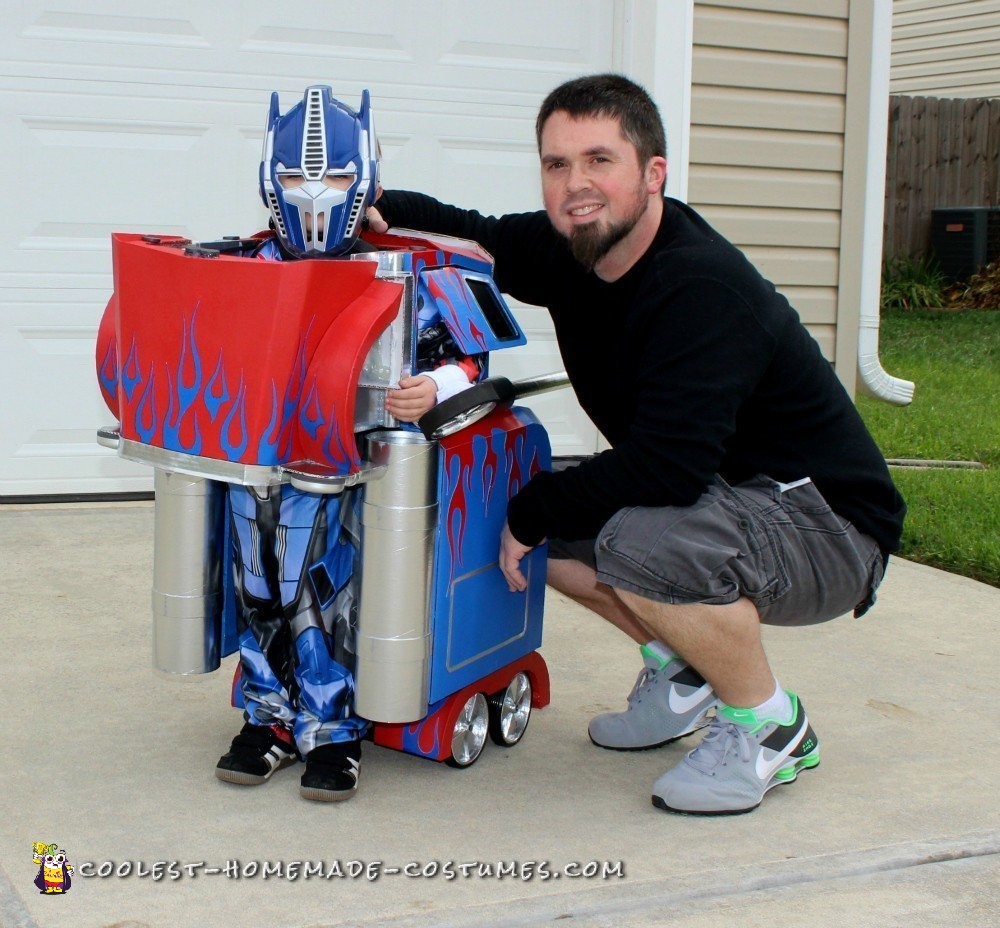 The idea for this transforming Optimus Prime costume was inspired by my son’s love of Transformers. During the first quarter of 2015, this love turned into an obsession. While discussing random real-life objects, such as ceiling fans, bulldozers, clocks, etc., he would constantly ask the question “But…can it transform?” He also began walking and talking like a robot (unfortunately no robot dancing, though).

I tried to explain that Transformers are aliens and not robots; but he didnít quite understand that concept. He also began transforming from bot-mode to vehicle-mode using only his body and a great deal of imagination. From a standing position (bot-mode), he would simply crouch down, then lay flat and extend his arms forward (vehicle mode), all the while imitating the transforming sound effect. At that point, I decided that I needed to create a better means of transformation for him, and that meant he would eventually become a transforming Optimus Prime costume.

During my initial research, I saw several well-built transforming costumes on the internet that were fully functional, but lacked the aesthetic appeal that I was looking for. For my design, I tried to focus my efforts on this aesthetic appeal of the vehicle mode while maintaining the functionality of the costume. I also realized that my son may lack the flexibility and dexterity needed for a transforming costume, so I had to ensure that the transformation was fairly easy.

When I began building and assembling the costume, I ran into several roadblocks that brought about design changes. One of the biggest road blocks dealt with the shapes of the parts. Since I wanted a semi-realistic looking vehicle mode, I designed many parts to incorporate curves and chamfered edges. This prevented me from getting the kind of transforming functionality that I was hoping for.

Another big roadblock dealt with the weight and balance of the costume. Because of this issue, I had to mount the cab and sleeper to the rear fender sub-assembly to partially support the weight of the costume (approximately 10 lbs) with the rear wheels.

After struggling with the costume that I designed and built last year using AutoCAD 2D drafting software, I decided to use Solidworks 3D modeling software for my design this year. Since this design is far more complex than last year’s design, the 3D software proved to be essential in the development stages. 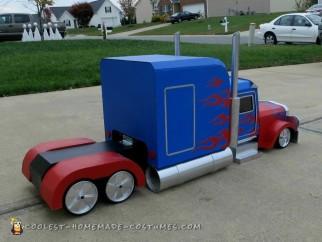 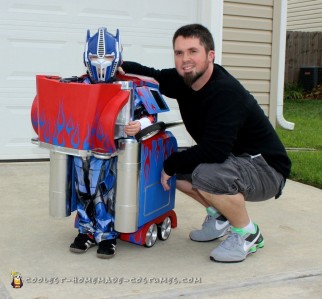 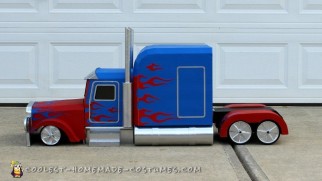