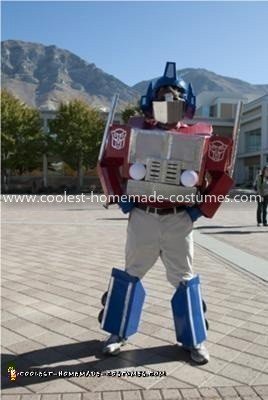 There are a few transforming costume designs out there, but it seems like they usually just settle for the idea that any arrangement of pieces that looks like a car or truck when it is on the ground is good enough. My goal was to build a costume accurate to the design of Optimus Prime in both standing and truck form.

For this Transforming Optimus Prime Costume I began by gathering up spare boxes from stores and freecycle.com. I was lucky enough to find someone giving away a few wardrobe boxes, which supplied more than enough sturdy cardboard for the job.

I had no design but I watched various Youtube videos, picking out elements that I liked and leaving the rest. I had a false start about three weeks before Halloween in which my materials proved unworkable. I tracked down some better stuff and began two weeks before on the project.

The design and construction processes happened simultaneously, and as a result many modifications were necessary as the project rolled forward. I had to add counterbalances and stiffeners, redesign the shoulders several times, and add a harnessed yoke on my back to properly support the load. I had to include a “trailer” part to cover my back side, though Optimus generally transforms into just a cab.

The final product took, I estimate, two wardrobe boxes and several smaller ones; one kickboxing headgear; one novelty hard hat; one corkboard frame; two small lengths of PVC pipe; one roughly 8 foot length of climbing rope; two tap night lights; eight rolls of duct tape including about three of gorilla tape; six stroller wheels; and one piece of paper. I may be forgetting something in there.

A better view of the transformation (and one in which the top flap closes) can be found here:

Here are some more process pictures: 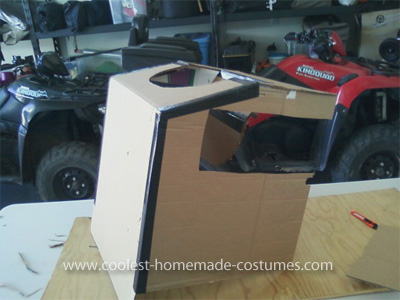 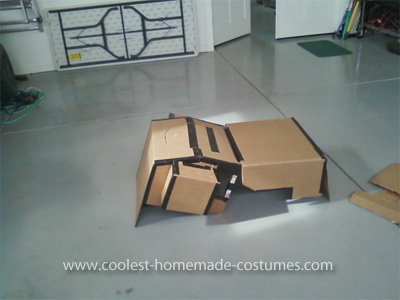 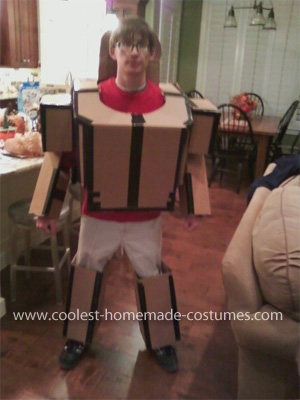 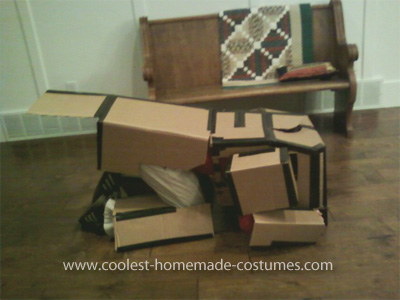 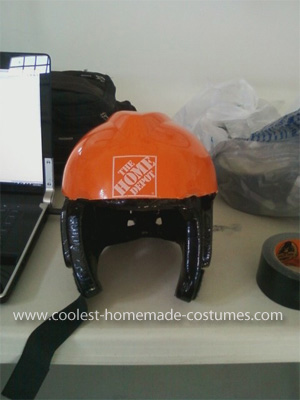 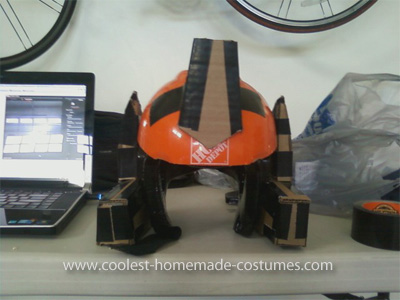