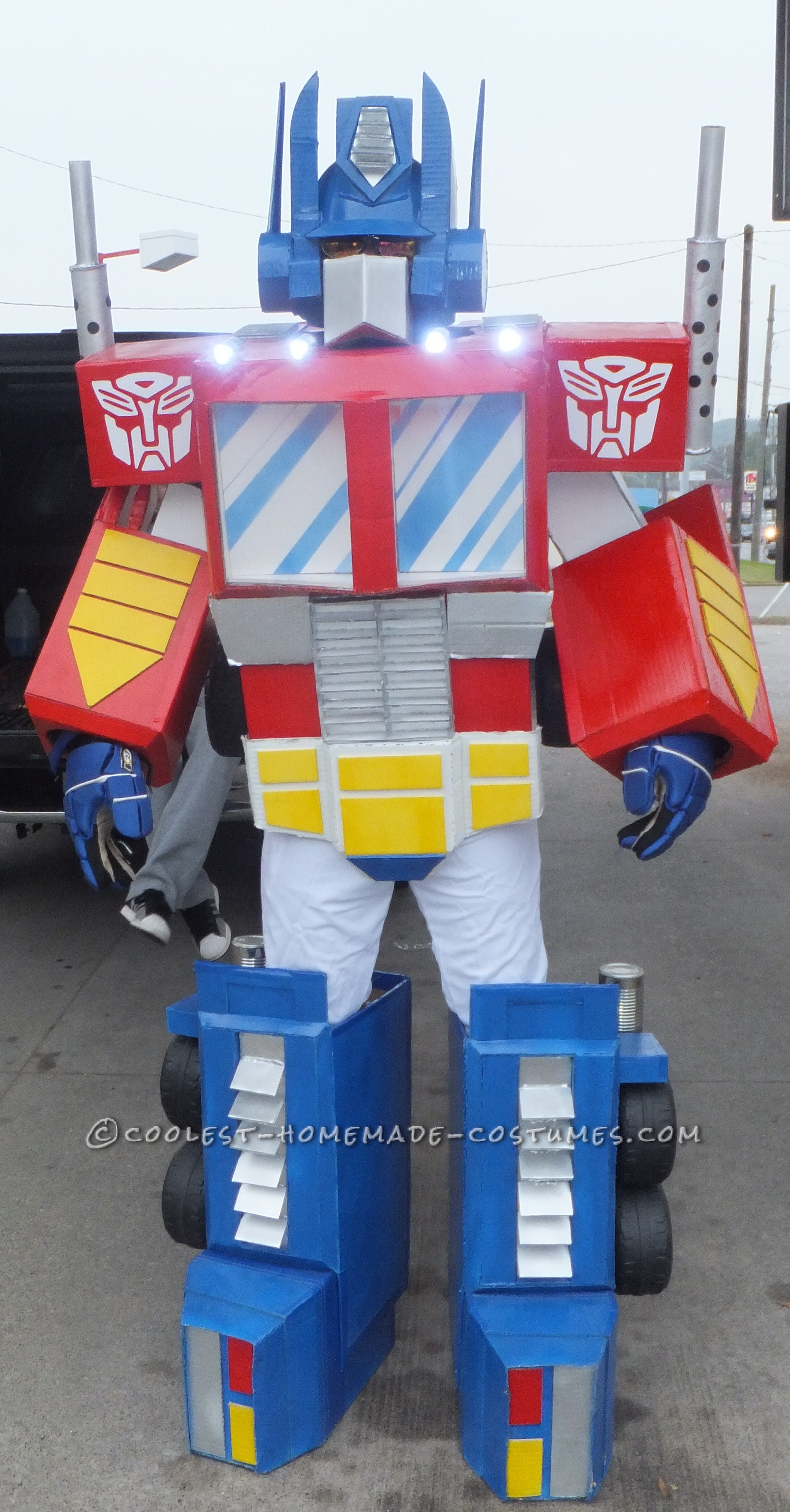 From an early age, I was a fan of Generation 1 Transformers and was fascinated by them. Therefore, when I had the opportunity and the know-how, I decided to create my own life-sized transformer costume. I chose to model my costume after Optimus Prime, as the most recognizable character and to stick to the Gen 1 design from my childhood.

This costume was made from mostly recyclable items that were found. I started with the general idea of how to build the body from cardboard boxes. I wanted to ensure that the end result would be large enough to properly represent Optimus Prime, while still being mobile. I divided the body into segments and measured and cut pieces of cardboard to fit myself. To create the height that I wanted, I also added foam platforms to the feet, which resulted in a height increase increase of one foot (end result of 7′). Once I had each body part built, from the cardboard, I ensured that it all fit together before I added a coat of primer and then painted it. I made sure to capture each detail and accessorize with realistic parts, which were: tires from broken kids’ ride-on toys, plexiglass windows, hockey gloves, paper towel rolls for mufflers, LED flashlights and vegetable cans for gas tanks. I finished it off with velcro closures and straps to make it easier to change into.

I decided to make a test run with the costume near an intersection where I live, just for fun. I got horn honks and waves from passing cars, at first, and then the real fun began. People starting pulling in and stopping to have their picture taken with me. Everybody loved it and I was asked if I would be back out the next day. Being two days before Halloween, I figured it would be a great experience to do it again the following day. Again, several people came and took pictures or wanted their picture taken with me. A large group of children in their costumes came and had their pictures taken with me. My son was there and also took pictures of the crowds that gathered. On Halloween night, I attended a costume party at a local bar and I had to stop several times before even reaching the door, because people were wanting their picture with me. I was greeted with so many “oohs” and “ahhs” that it really justified all the work I put into making the costume. I took countless pictures with people I’d never met, and the bar manager gave me no choice but to participate in their costume contest, and the crowd’s cheers and applause won the contest for me.

I feel that even though Transformers costumes have been done before, mine deserves to win because of my attention to detail and the fact that it, being made from so many recycled materials, was very inexpensive to make. With all supplies, my costs only turned out to be around $200, whereas many people would pay upwards of $1000 for a costume of this size and detailing. 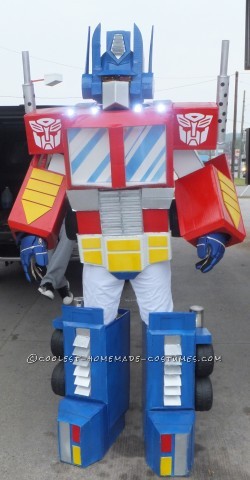 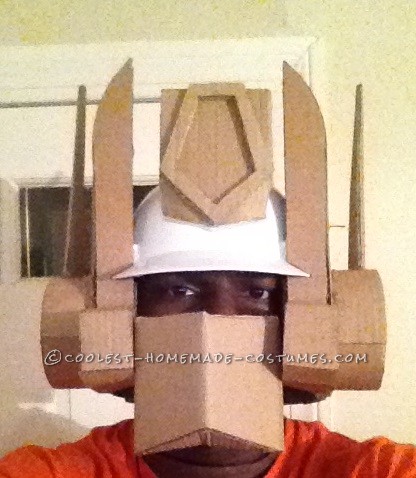 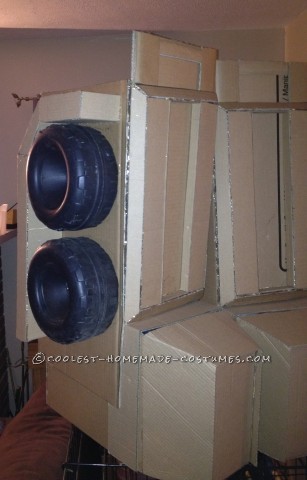 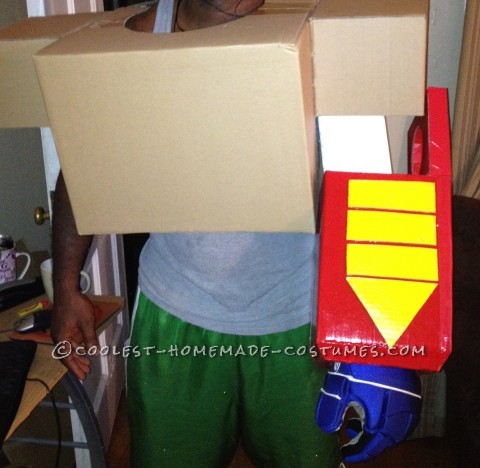 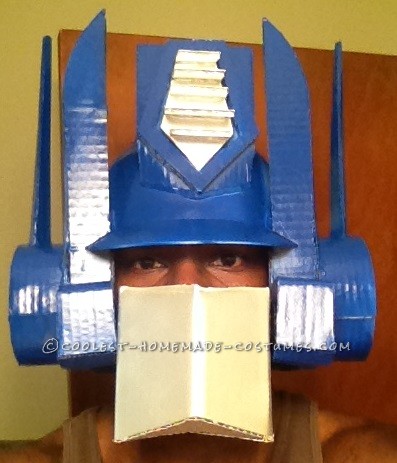 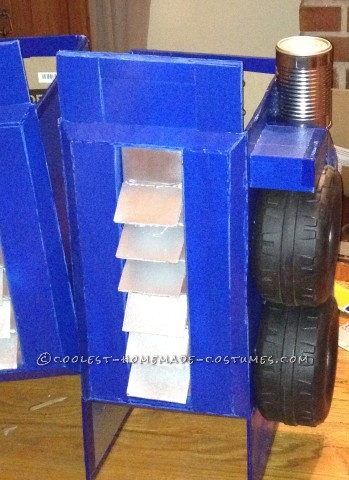 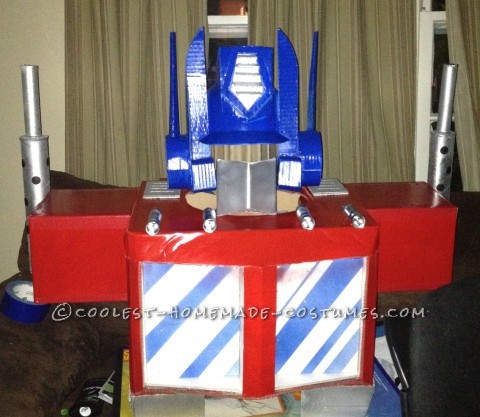 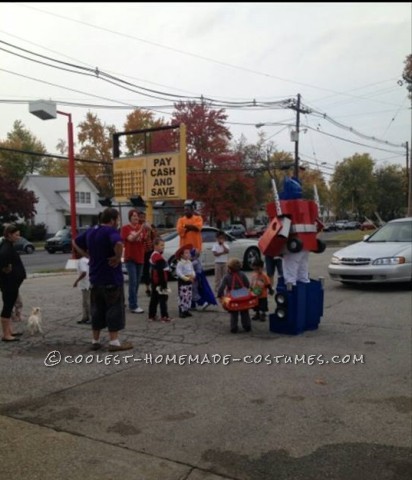