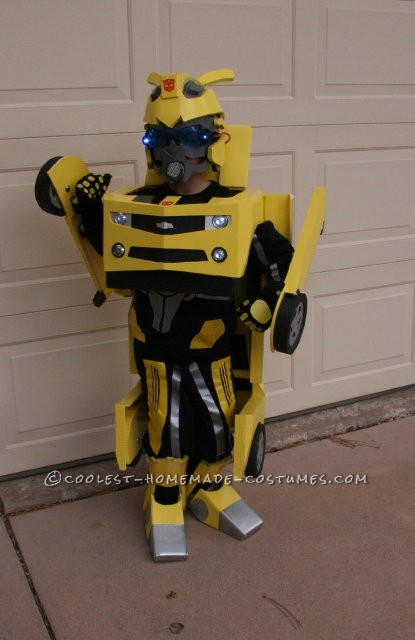 Dad:  “Really, you mean one with black and yellow stripes and cute little wings.  Kind of baby-ish don’t you think?”

Son:  “No Dad, Bumblebee!  From Transformers.”

Son: “….and I want it to actually transform!”

So this was my son’s request for this year, and the web searching for ideas began.  Luckily, as cool as my son’s idea was, it wasn’t the first time anyone ever made a transforming Transformers costume, so there were plenty of excellent examples on the web.  But, of course, the devil is in the details, so I set about this year’s costume design in earnest.

I discarded the idea of being faithful to how Bumblebee transforms in the movies – way too complex for my 7 year old to pull off quickly every time someone asks him to transform in the costume.  I found some good simplifications in costumes on the web, and added some of my own tweaks on how it should work.  Once I decided on the basic transforming operation, I went to work prototyping it quick and dirty with cardboard and duct tape to check operation and sizing.  My son had a ball with the prototype.  Heck, I could have slapped some yellow paint on it and called it good, but no…..

It has to look cool as a car and a robot, so I modeled a simplified Camaro in CAD.  Since my costume making medium of choice is foam core board, it couldn’t have any compound curves.  I then used some software called Papakura (thanks costume makers on the web) to convert the folded up surfaces of the model into flat shapes I could print and cut out.  Papekure is normally used to make small scale intricate paper models, but it worked great scaled up with foam core board too.  Many hours later, some glue, and a lot of yellow paint, I finished the car with some bike light taillights and dollar store flashlights for headlights.

For my son’s body, since he had to curl up so small to fit inside the car mode, he couldn’t have too much robot body armor on, but I did make some cool designs in yellow and silver duct tape on his black sweats.  Foam armor for his knees helped him kneel more  comfortably on random sidewalks.

Of course my son’s head doesn’t look like Bumblebee’s head, so he needed a helmet too.  Now you can buy a Bumblebee helmet, but noooooo.  Some more 3D modeling , cut up foam flooring pads, hot glue, and paint, and the homemade helmet was born.  My son had some cool blue LED glasses that finished it off nicely.

Then it all got put together and ….Ready, Set, Transform…  Whew, worked out pretty well.  Only bummer is that my son couldn’t wear the helmet while in car mode, but that was minor.  He was the envy of many a 7 year old at the various Halloween costume events we went to.  And after transforming about a hundred times for people’s requests, the costume is still holding up.  Cool idea son.  Now next year, can’t you just be a ghost?… 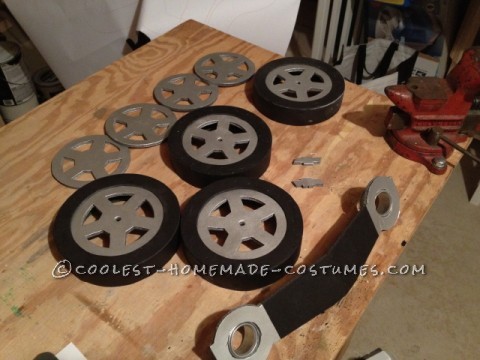 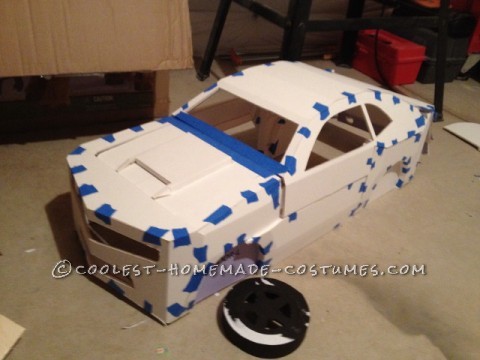 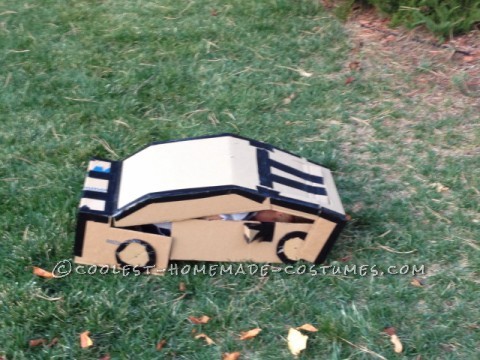 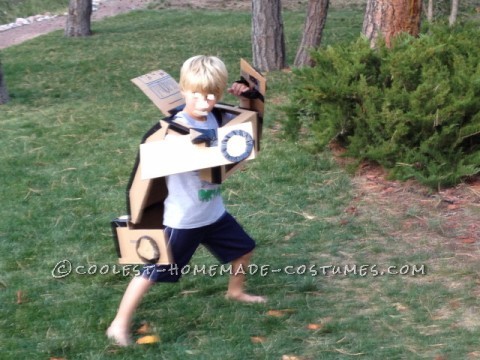 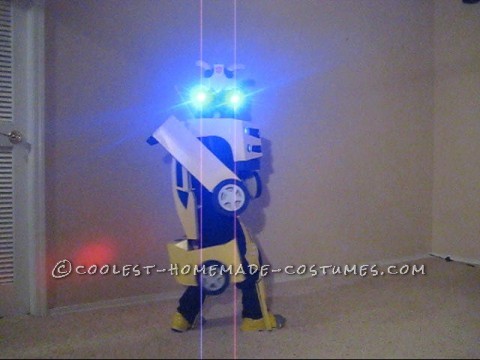 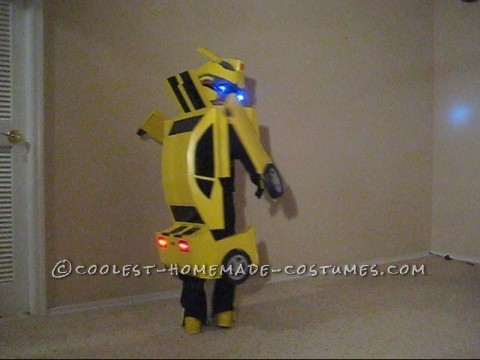 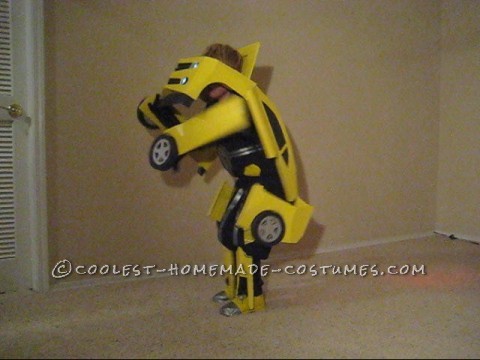 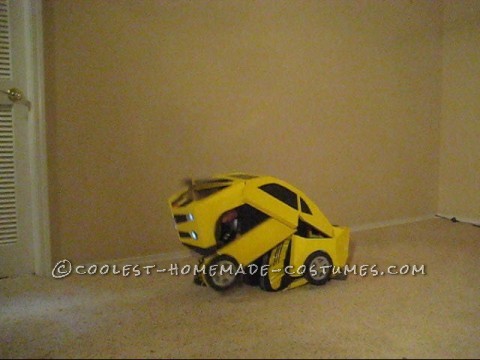 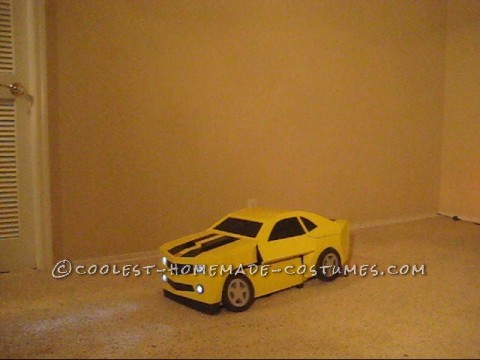