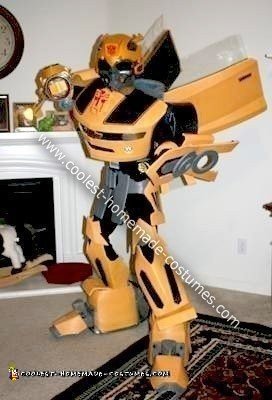 More than meets the eye! – that’s what I wanted to be this Halloween. This year I decided to make my own Homemade Bumblebee Transformer Costume, an Autobot and to be specific, I wanted to be Bumble Bee. At first it was a great idea but as the building process started it seemed to get … Read more 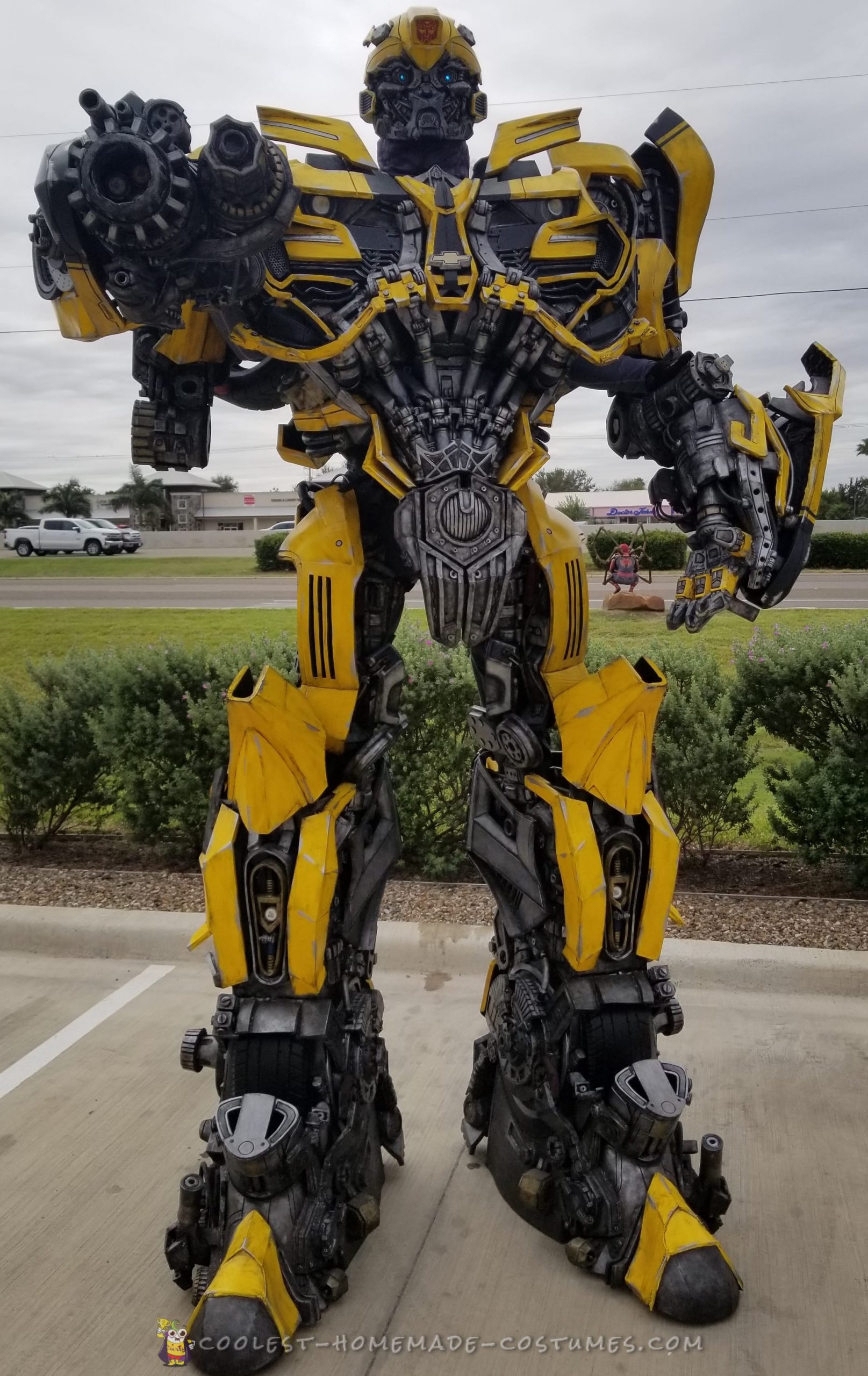 This is a 10 foot bumblebee transformer costume that took me about one and a half years to finish. I was inspired by the movie ” Transformers The Last Knight”. I wanted to make sure it looked movie like and not just a regular size costume. I first had to download images of the actual … Read more 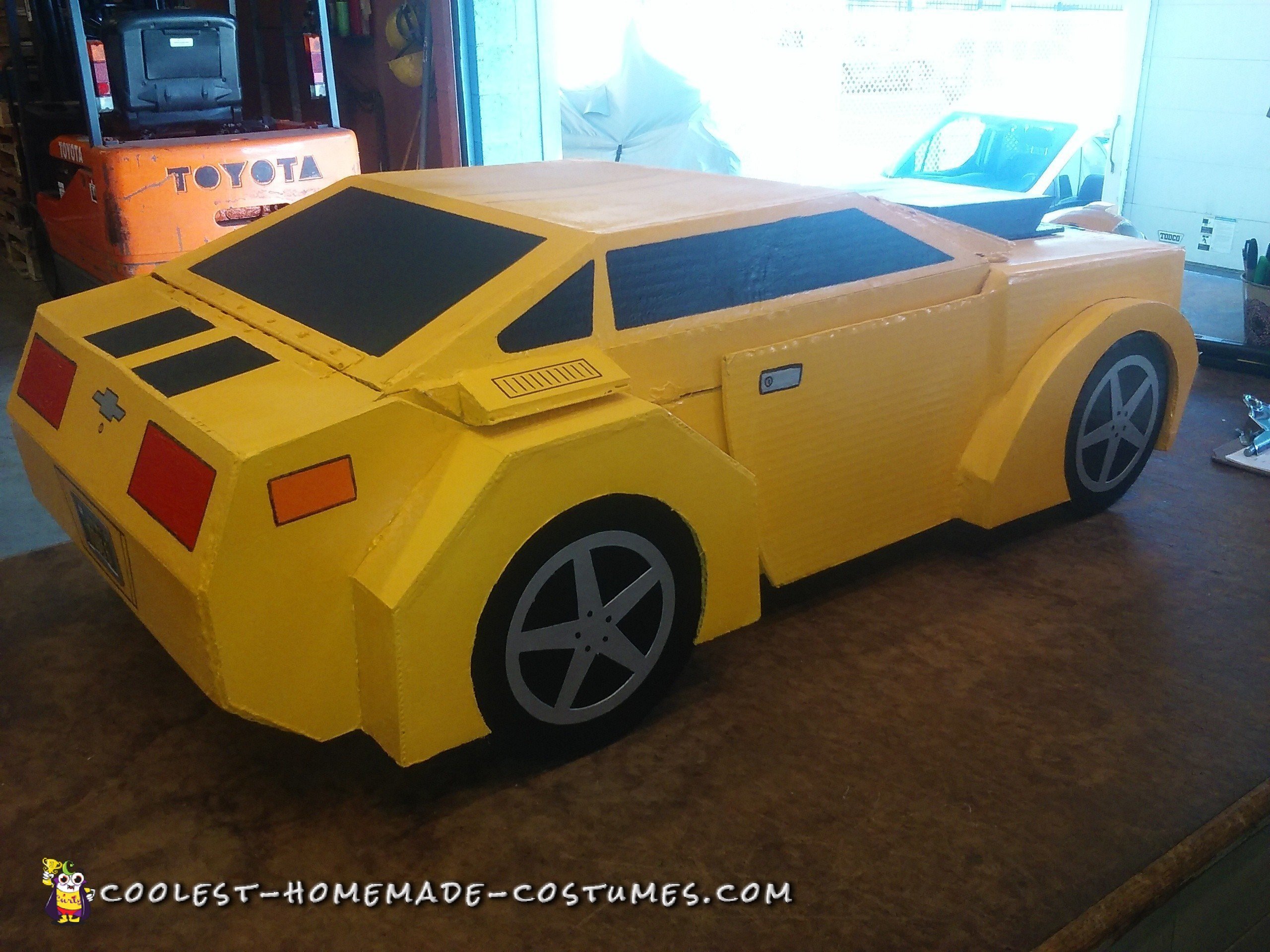 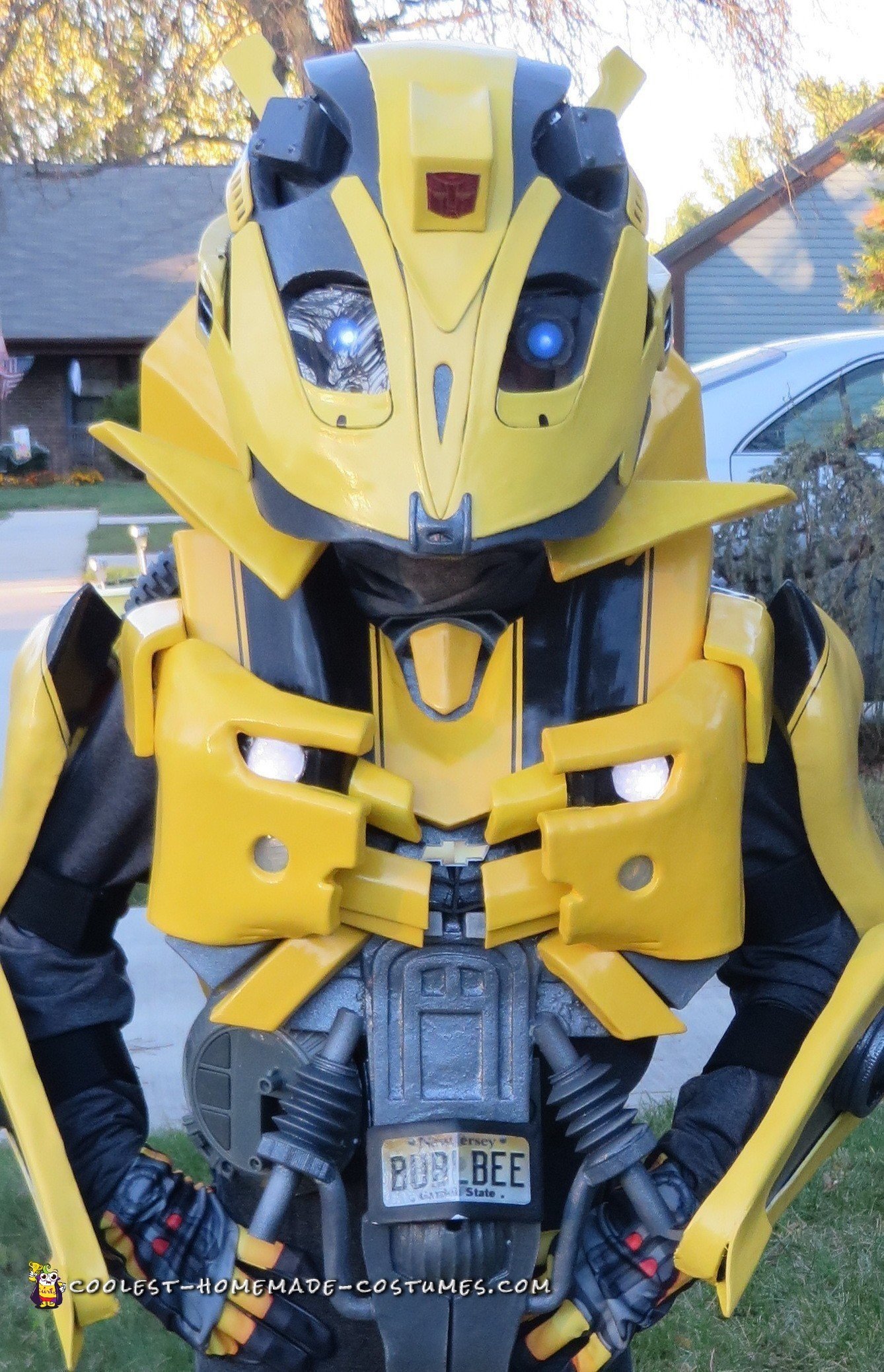 My son is on the Autistic Spectrum and gets consumed by certain subjects, characters, objects and movies. He watched Transformers probably more then 50 times. He loves Transformers and one of his most favorite one is Bumblebee. We wanted to buy a costume and we looked everywhere, but he was not satisfied with any of … Read more 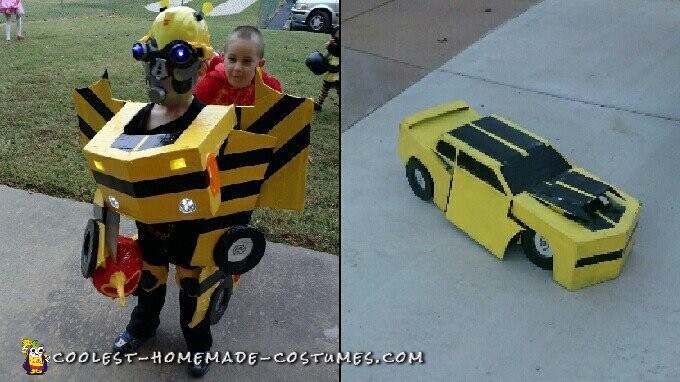 Our 8 year old son announce in August that dad and i needed to make a transformer bumble bee costume that would transform. After searching for online plans in vain, we began creating our own design. After many failed attempts we finally found one that worked. Foam core posterboards, 2 rolls of duct tape, a … Read more 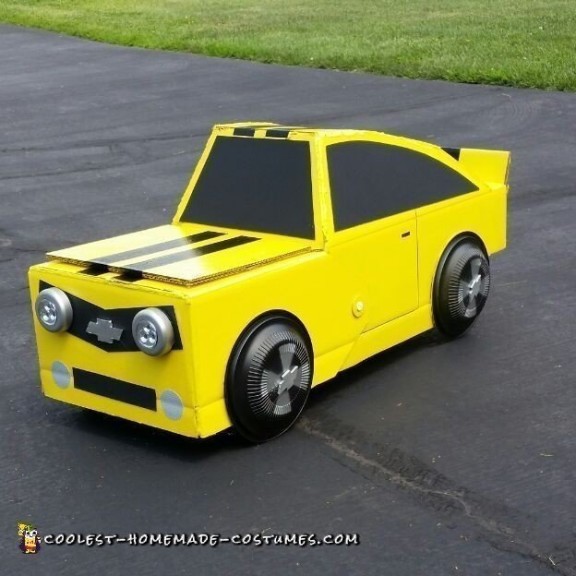 My grandson had enjoyed the two previous years of costumes that I had made and asked me for a Transformers costume this year. Personally, I had no idea what he was talking about, thus forcing me into a vigorous research program. After such, I thought he could handle a yellow Camaro costume named “Bumble Bee”. … Read more 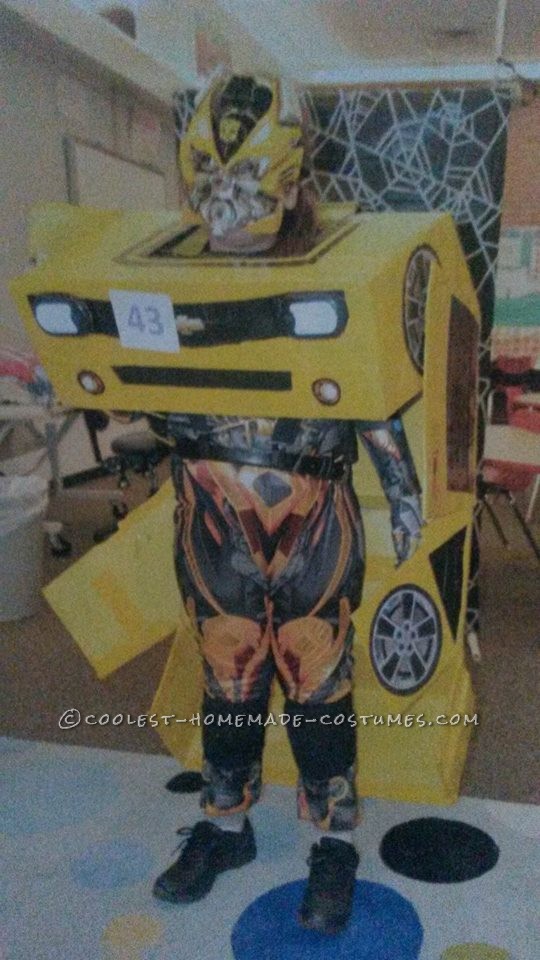 My daughter Natalie is 6 years old and wanted to be a transformer for Halloween, Being she is tall and a big girl I was stressing out on finding a costume to fit her. So after much research and watching past creations I decided to attempt to create a Bumblebee Transformer car costume myself just … Read more 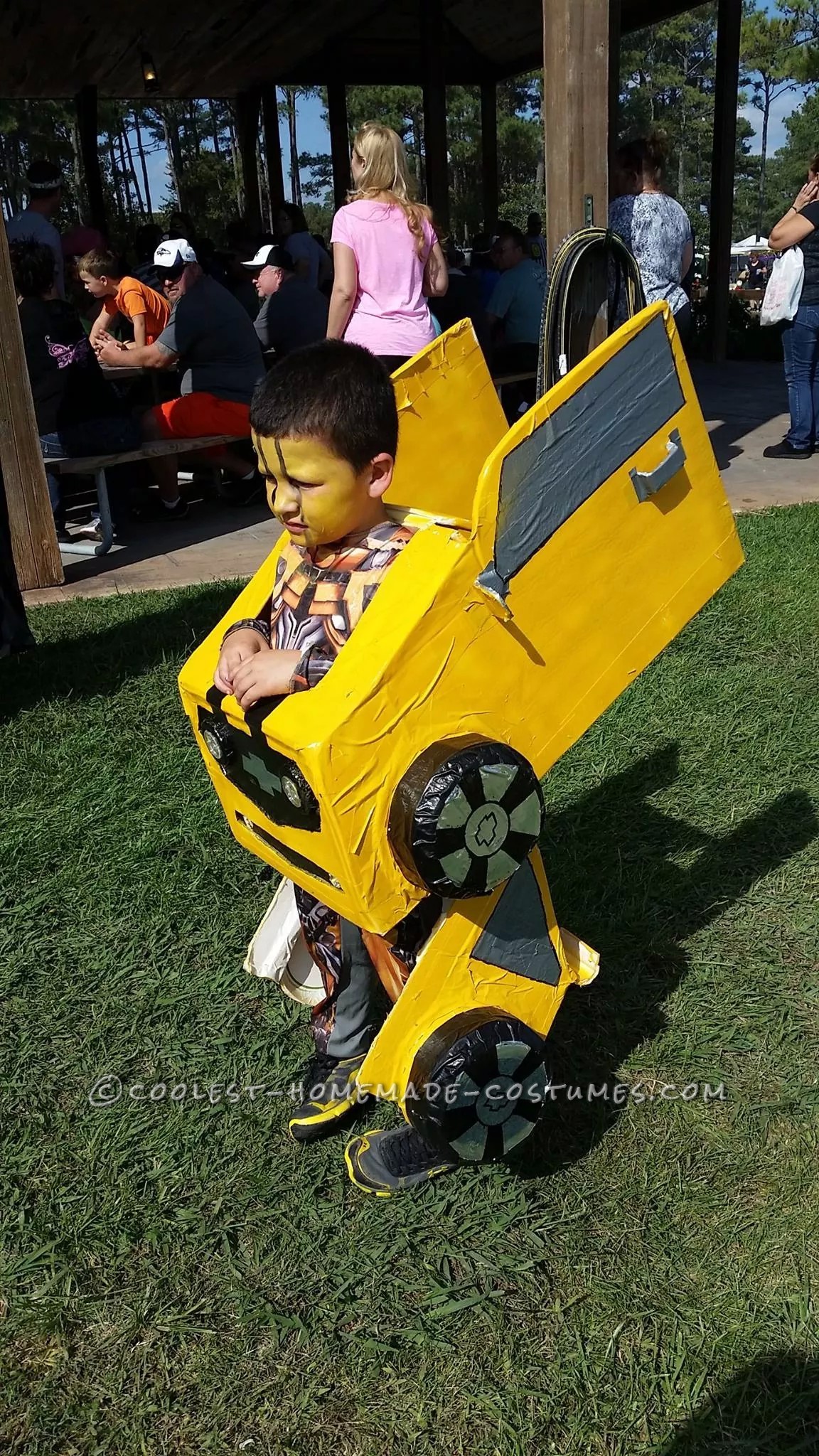 The Transformers Bumblebee Costume is my son Nicholas Walters and he is 6 years old, he couldn’t decide what he wanted to be so I made the mistake of letting him search with me online and we came across a Bumblee costume and low and behold he selected it and wanted it to transform. We … Read more 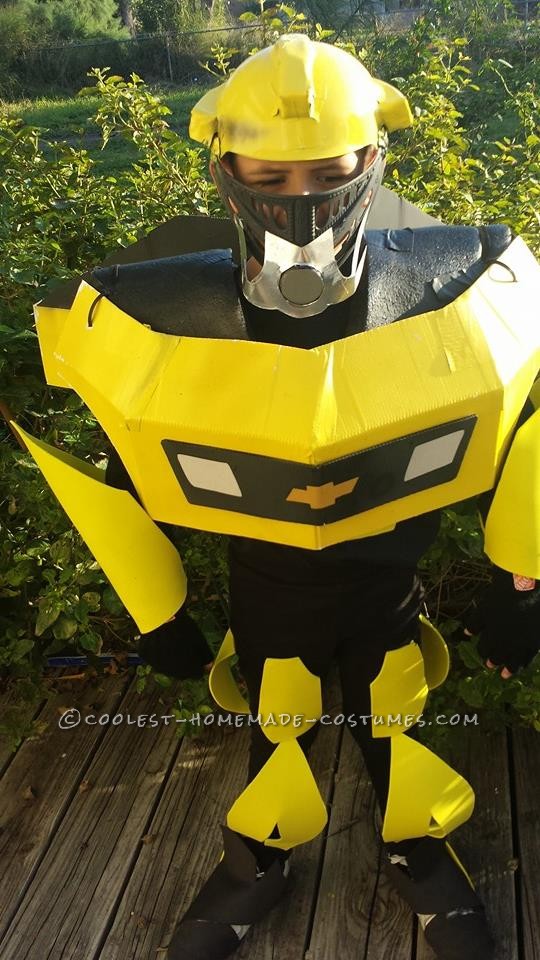 This year my son asked me to make a costume from the movie TRANSFORMERS… BUMBLEBEE.  I put the costume together using mostly some white plastic board and foam sheets from the craft store. The whole costume cost me about $8 (and most of that was spray paint). I bought a gladiator helmet at the dollar … Read more 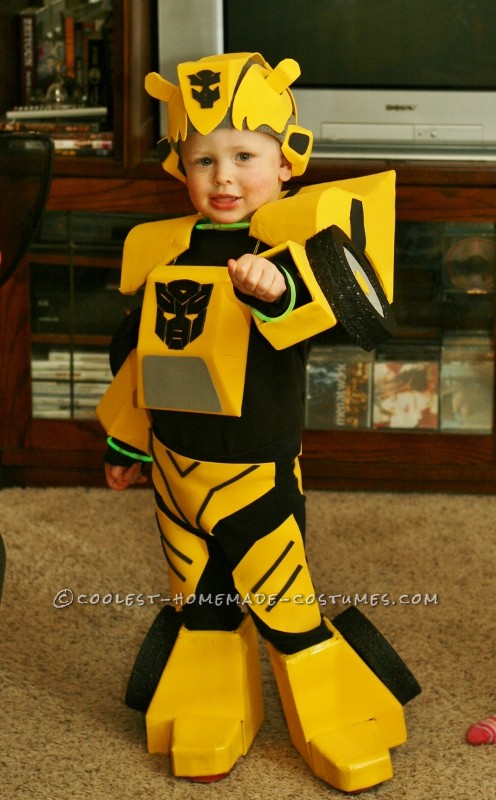 When our 2 1/2 year old son said he wanted to be Bumblebee for Halloween, we knew he didn’t mean of the pollinating insect type.  We had recently been to the Indianapolis children’s museum and he was taken with the large autobot that graces the main entry of the building.  I have so far refused … Read more 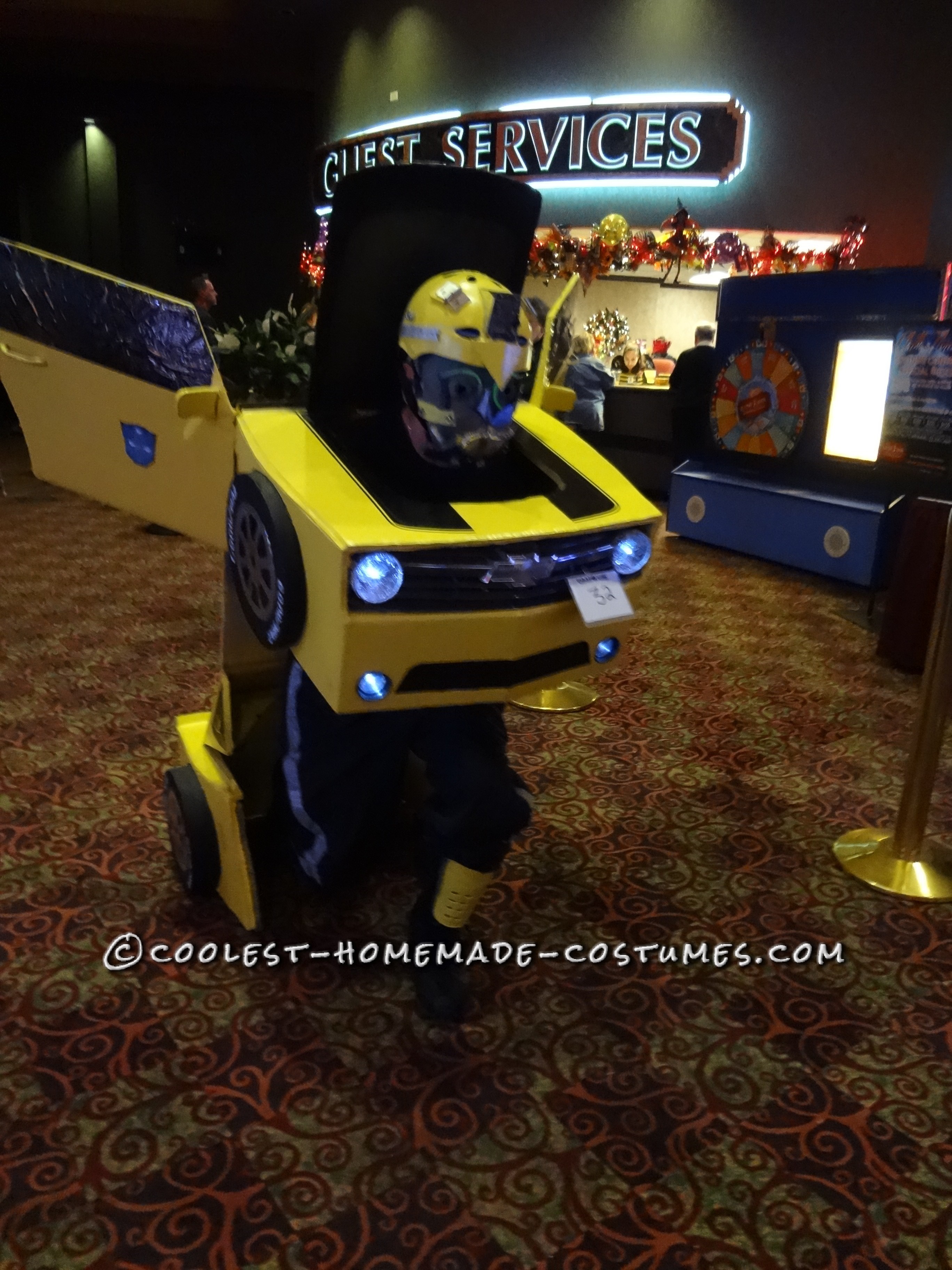 This was my wife’s idea for a costume for a contest that was going to happen at work.  after the idea was planted I then had to design the outfit to do and look like the real toy.  I had played with the toy and analyzed how each of the different pieces came together.  the toy … Read more 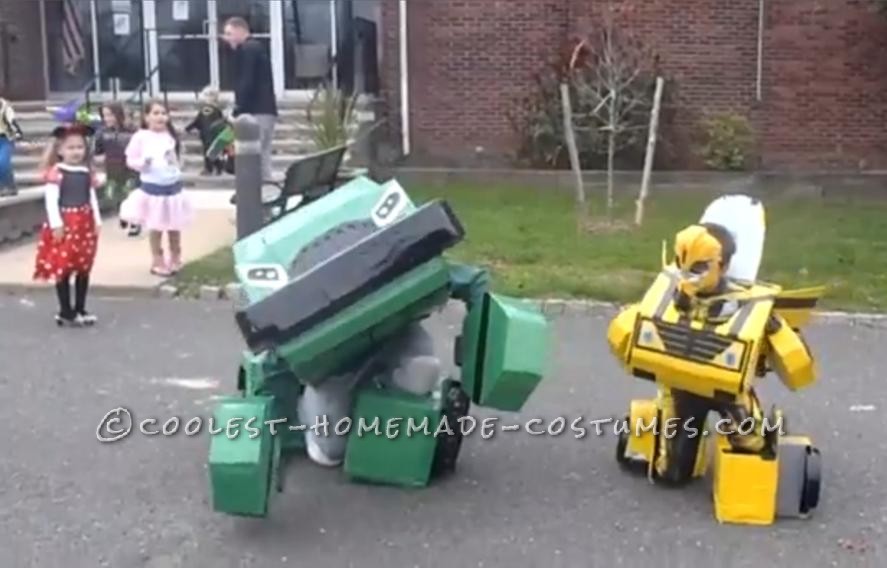 My 10 year old son is a huge Transformers fan, and he asked me if he could be a Transformer for Halloween, BUT…”I’d really like the costume to transform, dad.” I thought that this was a good learning experience for my son, that you can do anything that you put your mind to. So, we … Read more