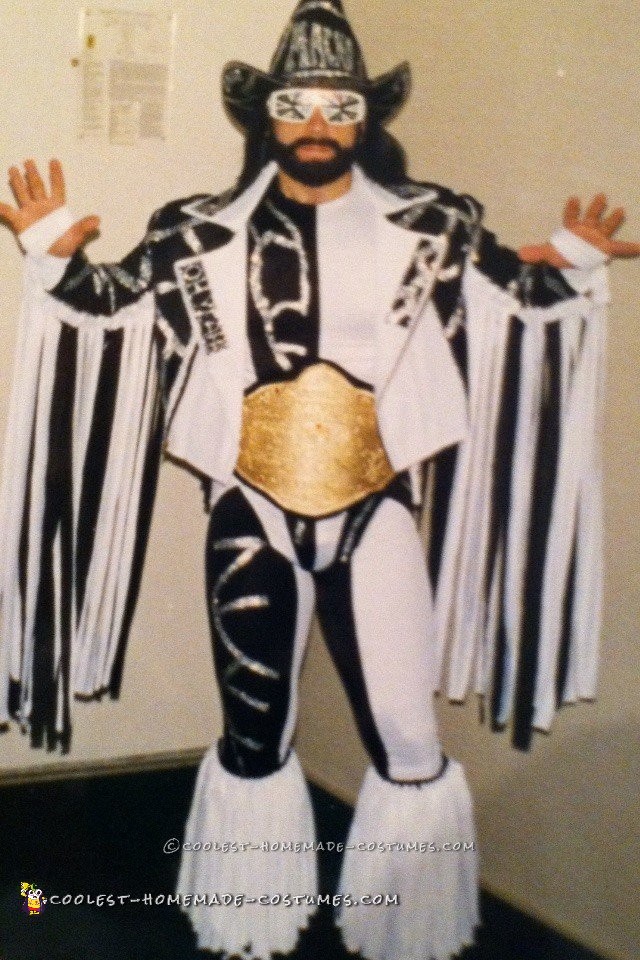 Macho Man Randy Savage! While at work, I goofingly put a bandana on my head and threw on sunglasses. I gave a “oh yeah” and we had a good laugh. A few months later, we went to a WWE show at Madison Square Garden and I dressed up like Savage. The place went nuts. That was 1989. Later that year, I made a Savage outfit for Halloween and won cash for best costume.

Since then, I have been to many, many wrestling shows and arenas. I have taken hundreds of photos with wrestling fans and with people who just love the outfits. The kids reactions are the best. Some of them thought I was really the “Macho Man”, while others knew I was not. Either way, the excitement they generated always made me feel less silly for being dressed up like a wrestler. To have parents tell me how happy their child was for just taking a picture with me was really cool!

Halloween is always a great time. I have won a decent amount of prizes over the years because of the costumes. I enjoy it more now because I get to enjoy it with my kids who are wrestling fans. It is a great night out going to as many Halloween parties as I can attend.

I make the Macho Man outfits myself. I do not own a sewing machine, so everything is done with a simple needle and thread. I get the fabric at Joanne’s fabric store and the cowboy hats are straw hats that I just sew the material onto. I enjoy making them although they can be tedious because they are done by hand without a sewing machine. My daughter enjoys picking out different colors for the outfits and helps me make them.

I met Randy Savage twice. The second time I met him, I was dressed like him. He took several pictures with me and had his people take some too. As he put it, “I want a copy of this. We look really cool!” Lots of fun! 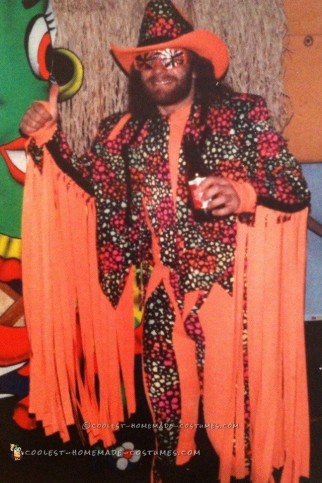 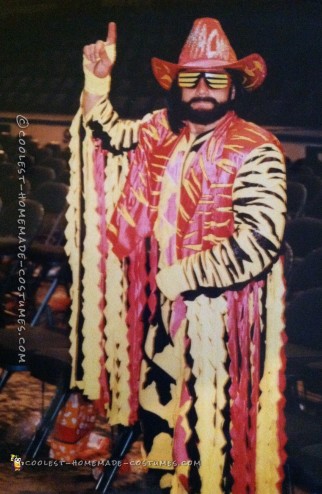 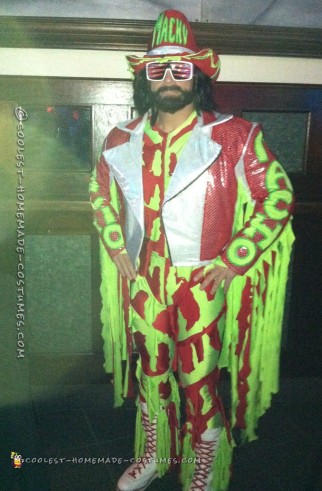