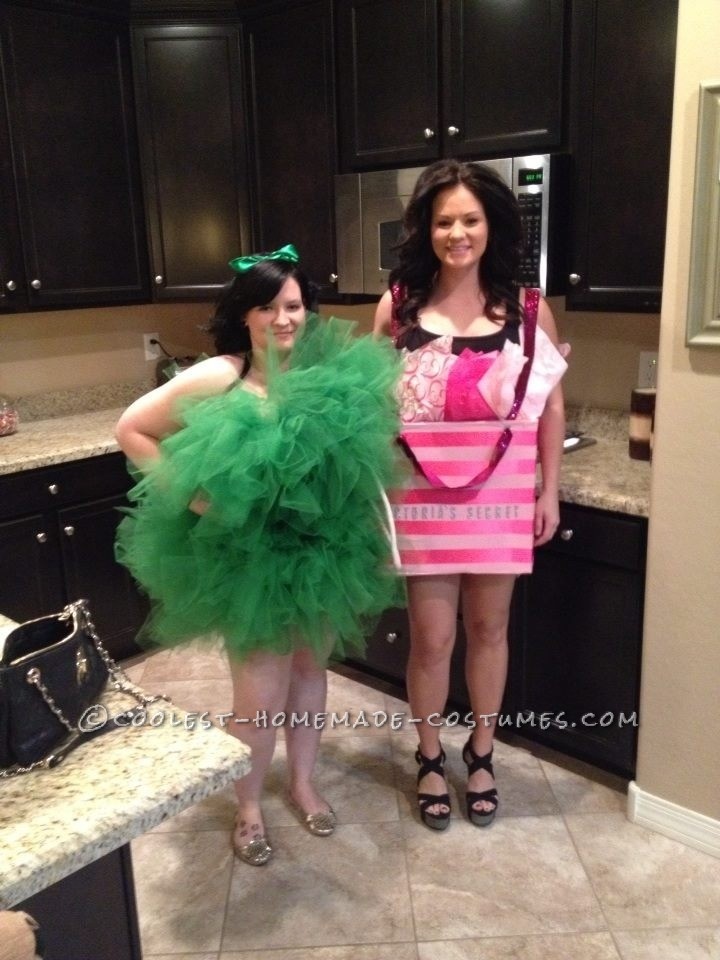 What is one thing that majority people use when they take a shower or bath? Something that is a necessity in some households? A Loofah! My costume for Halloween 2013 was a Loofah. My sister and I were talking one day about costumes, at first we were making plans to go to costumes stores to get ideas, see if there’s one that caught our eyes! Within the same conversation she had sent me a picture if a Victoria’s Secret Bag and said it’s what she’s going to be.  I couldn’t think of anything for a few days, then I came across the idea while browsing Pinterest.  Thinking, ‘wow! That will be a simple, awesome costume!’  I had looked at the directions and they suggested that I used forty yards of tulle, well I work at Hobby Lobby and realized that it wasn’t going to go on sale in time to get my costume finished. Well our ribbon spools go 50% off every other week, so it was perfect! (At first) Buying five spools if emerald tulle (each spool have 25 yards on it), I got started right away! So I got all five spools cut into strips and got the elastic measured for the top and the bottom.  A couple of hours had passed tying the tulle onto the elastic, come to find out I was about a quarter of the way finished with the first skirt!  The only thoughts that came into my head was ‘what did I get myself into? This will never work out!’ Well I continued because there was no turning back, so I went to work the next day and bought six more spools of tulle, since it wasn’t on sale anymore that week.  Those six had gotten the first skirt pretty much finished, the following week, I cleared out what we had left at work, which was only ten spools but I figured that would be plenty, plus the truck was coming at the end of the week if I needed more.  I finished both skirts, sewed on the quilt tubing which I used as the loofah rope, and put my costume on for the test!!! I walked out into the living room and I received the reactions I had hoped for, ‘Oh my gosh! You look just like a loofah!’ I had my sister look on all angles to make sure that there was no skin visible, but there was!  A small section right in front, you could see skin.  The next day, was truck day.  I waited till about three so they could get majority of freight out in fabrics hoping the spools would be out by then.  I got to HobLob and they weren’t out!  I talked to my coworkers and they told me to go ahead and dig through the boxes, unfortunately none came in!! The emerald I needed, was on back order!  I paced the store for about half an hour trying to figure out what I could do, finally I remembered our clearance wall of fabric.  (The bold of emerald tulle was also sold out, Halloween time for tulle is the worst).  So I dug through the remnants and found 5/8 of a yard of the green I needed!  I hoped that would be enough, to my surprise, it was just enough!  I sighed in relief, tying green ribbon in my hair to match, I threw on my shoes and we were off to the party!  The second I walked in the door, I continuously had people coming up to me telling me how great my costume was and how creative!  They asked how long it took to make it and how I made it, some even lifted up the bottom to see if I was wearing anything under it, (a tube top and shorts were completely invisible).  My costume was a hit!!! A few hours later, the hosts are passing out pieces of paper for a costume contest.  They announced the winner was one of the hosts, but since the host could not win, next in line was the Loofah!  I couldn’t believe it!!  I was stoked, periodically complete strangers would walk up to me and say I deserved it and how creative my costume was, which then I had to explain a few more times how I came up with the idea and the process!  I wanted to continue showing off my costume after we left the party, I wanted to go downtown or even party hop!  It was a great costume and even though I doubted it a few times, I’m glad I pulled it off!  With Halloween as my favorite holiday, I’ve already started thinking of ideas for next year! 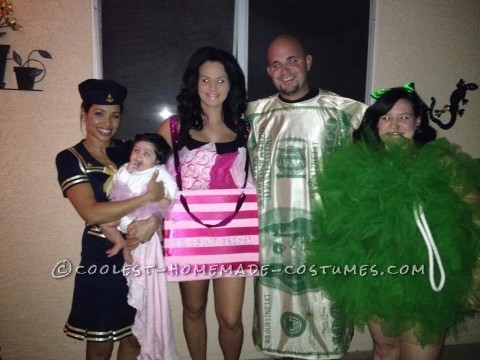