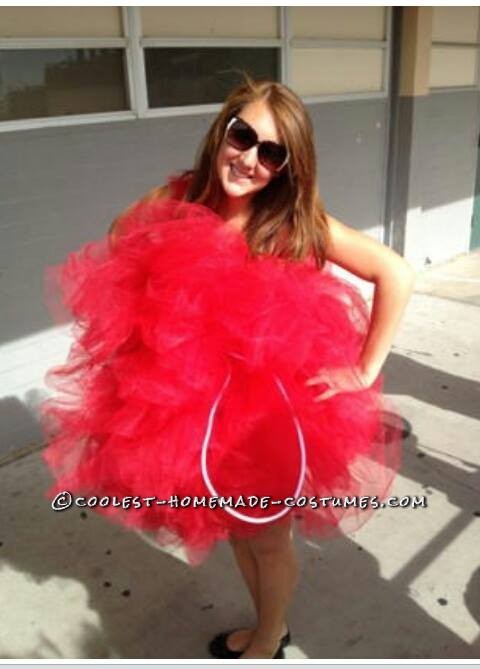 I never use to dress up for Halloween growing up, and if i did it was always last-minute costumes that I could make with what I already had laying around my house. Last year was my junior year of high school and I was getting excited for my cousins annual Halloween Party. I had previously been a nerd (suspenders and glasses) and a Powerpuff Girl (a small green dress and knee socks). I wanted to go all out this year and make something creative without blowing the bank. I threw around so many ideas and finally came up with the idea for the giant red loofah sponge.

My base for the costume was a red skin tight strapless spandex dress that i found on-sale at Forever 21 for only $6. I bought 30 yards of red Tule from Walmart for under $30. I only used about 28 yards. The rope for the Loofah I had already had from an old hoodie sweatshirt. I started by laying my material out flat and cutting 3 ft. slices, folded in half. I used yarn to tie around the middle of the 3 ft. slice. I attatched the middle of the material (where the yarn was tied around) to the dress in various places. About 7 or 8 peices were attatched. I first tried sewing the the bunches of material to the dress but the string used was not strong enough. I then used the larger sized safety pins to attatch the material to the dress and sewing around that for extra support.

At first it looked awful. The Tule material was sagging and heavy. I didn’t think I had enough material because I could see the dress underneath between ever bunch of material. I was devastated and thought it was a major fail. I almost gave up, until my two foreign exchange girls looked at it and told me the material wasn’t “fluffy” enough. I had no idea what that was supposed to mean. They took the dress and started separating the material to evenly cover the dress underneath. It began looking huge and full; the spreading of the material helped support the other bunches which made it not sag anymore. The Loofah was now fluffed and looking like an actual bath sponge. The entire costume was probably 4 feet around when on. It came together very nicely. And it looked like a Loofah!!

I was so excited to where the costume- I got to where it 3 different times! I first wore it the EF Foreign Exchange Halloween Party (I was invited because I had two foreign exchange students-from Sweden & Switzerland). We were one of the first to show up; no one was there and I was beggining to second guess my costume. I waited to change until other people began showing up in costumes. I was afraid I was going to feel ridiculous! My exchange students were in very neutral costumes- one being Tinker Bell, and the other was Little Red Riding Hood- so I was feeling very out of place.

Once I changed, however, I got awesome responses. Tons of people were asking to take pictures with me! I was the celebrity of the party. I did not participate in the pumpkin carving- Could you imagine how that would have gone??? But I had a blast playing musical chairs (dancing the entire time) and trying to shove people out of a chair with my enormous body! I also attempted to jump in the bounce house! I would normally tell people I was too old for bounce houses, but I knew everyone would get a kick out of a jumping Loofah! Sure enough, it was hilarious. The hole for the bounce house entery was about a foot narrower than me, making it very difficult to get in. It was a struggle. Someone had to pull from the inside, while another attempted to push from the outside. I finally made it in!

After the party, my exchange sisters wanted to go to the mall-YES, in our costumes. I couldn’t even keep track of the staring eyes. I was so embarressed at first, but after 2 or 3 people complimented my crazy attire, I enjoyed the attention. I was actually surprised when one lady came up to me and asked if her daughter could take a picture with TINKER BELL! I guess three year olds are more impressed with magical fairies than giant red fluff balls.

I then got to wear my costume to school on the friday before Halloween. I decided beforehand that I would only wear the costume during Lunch break, because I would have a very hard time sitting through all of my classes being about 4 feet wide. At lunch, I particiapted in the school costume contest. I had to do a little dance- or in my case a jiggle- and strut my stuff to the facutly of my high school. Let me tell you, there is no shame in being a Loofah. Haha yeah right. I ended up winning the Most Original Costume Award and was given a $15 gift card to a local deli and a chocolate bar. But to this day, my picture in the yearbook on the Halloween page is larger than any other.

And finally, I got to wear it one last time to my cousins Halloween Party the night of Halloween. I never got tired of wearing it. My friends loved hugging me, at which point I had to excuse myself to fluff myself up. I even tried dancing along with the Xbox Kinect dancing game; I discoverd the sensor could not detect the ball of material but everyone had a great laugh anyways. After taking tons of photos, and even posing with a friend who came as Dove Soap, the party was over and the Loofah costume was retired. A year later, and I stil have it in storage; I never want to get rid of the costume that I have never had more fun, or felt more alive in. This year, my friends and I all know that I have to beat that costume with something even better this year! I have no idea how that’s possible; It’s my last year of high school- Wish me luck! 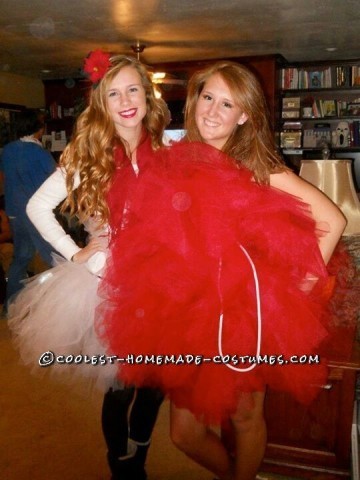 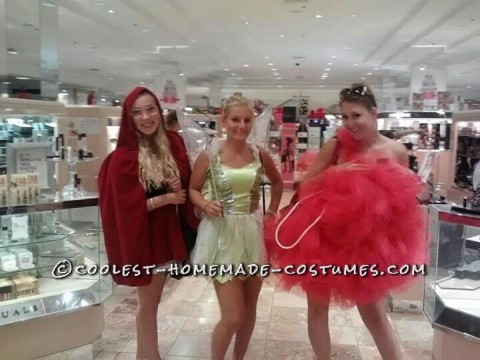 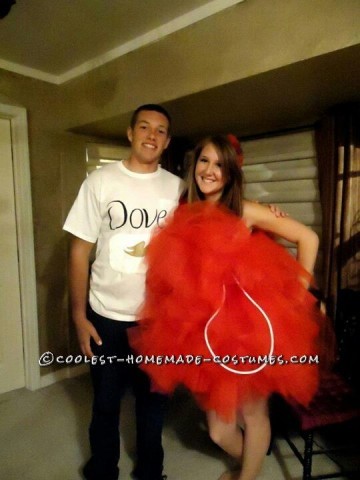