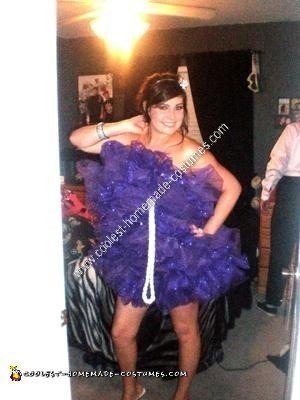 As a twenty year old college student I attend a lot of Halloween parties during the month of October, because of this I obviously need many costumes but who has the money to go out and buy four or five sixty dollar costumes that everyone else is going to be wearing. So I have been making my own costumes for the past two years, this Halloween I made three but my favorite one was definitely my homemade Loofah Halloween costume idea!

– Final touches included: gluing the clear balls onto the sparkly headband, spraying my entire body and loofah in glitter, putting on the clear heals, vurled my hair and pinned it all up

– I was going for the in-the-bath look < P.s the glitter was put on so that I looked wet!

Have fun, be creative, stay away from fire with this one, and be safe!! 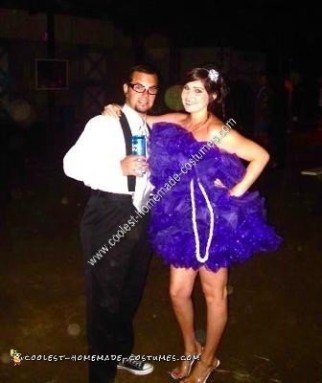