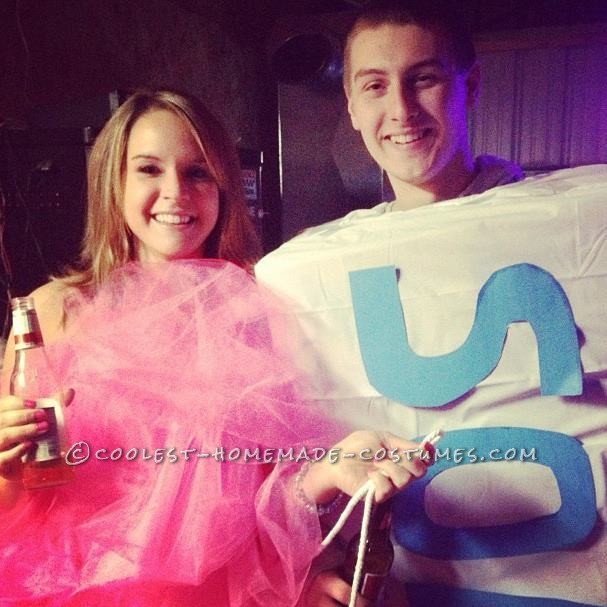 I then took the rope I had and tied it to the piece of elastic that fit around my midsection. I kept the left over fabric to fill in spaces that looked patchy. To create the poof of the loof, I pulled at the tulle once they were all tied to the elastic. What I wore underneath the loofah costume was a pink tank top and a pair of black spandex shorts for the bar, then when I went to a garage party, I wore yoga pants. The costume took me about five straight hours to make. I stayed up all night making it because I was so excited to wear it out. It received lots of compliments and I won two different costume contest with it. By far it has been my favorite costume!

To make my boyfriends bar of soap costume, I used a card board box that was about 2-2.5ft in length and about a 1ft wide. I cut out two of the sides and to make a front and a back and left 1inch flaps on the length sides, and about 3 inches on the width, that way it stays propped up on the shoulders. I then cut out a large enough hole for the head on the bottom end of the box. Then I used scarps to make a raised section on the front of the box to give it more of a soap definition. Next I wrapped the entire thing in a white shower curtain liner and taped  and glued it down. Last I took blue poster and cut out about 7.5 inch letters that spelled out SOAP and super glued them onto the front of the box.

My boyfriend actually enjoyed his costume ( especially because he didn’t have to make it and it cost under 5$) but we were a hit. 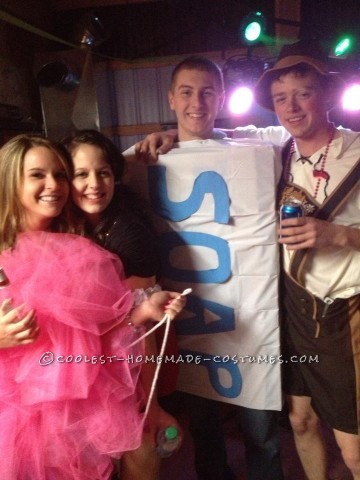 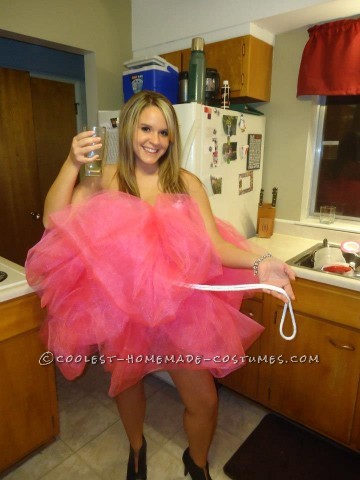