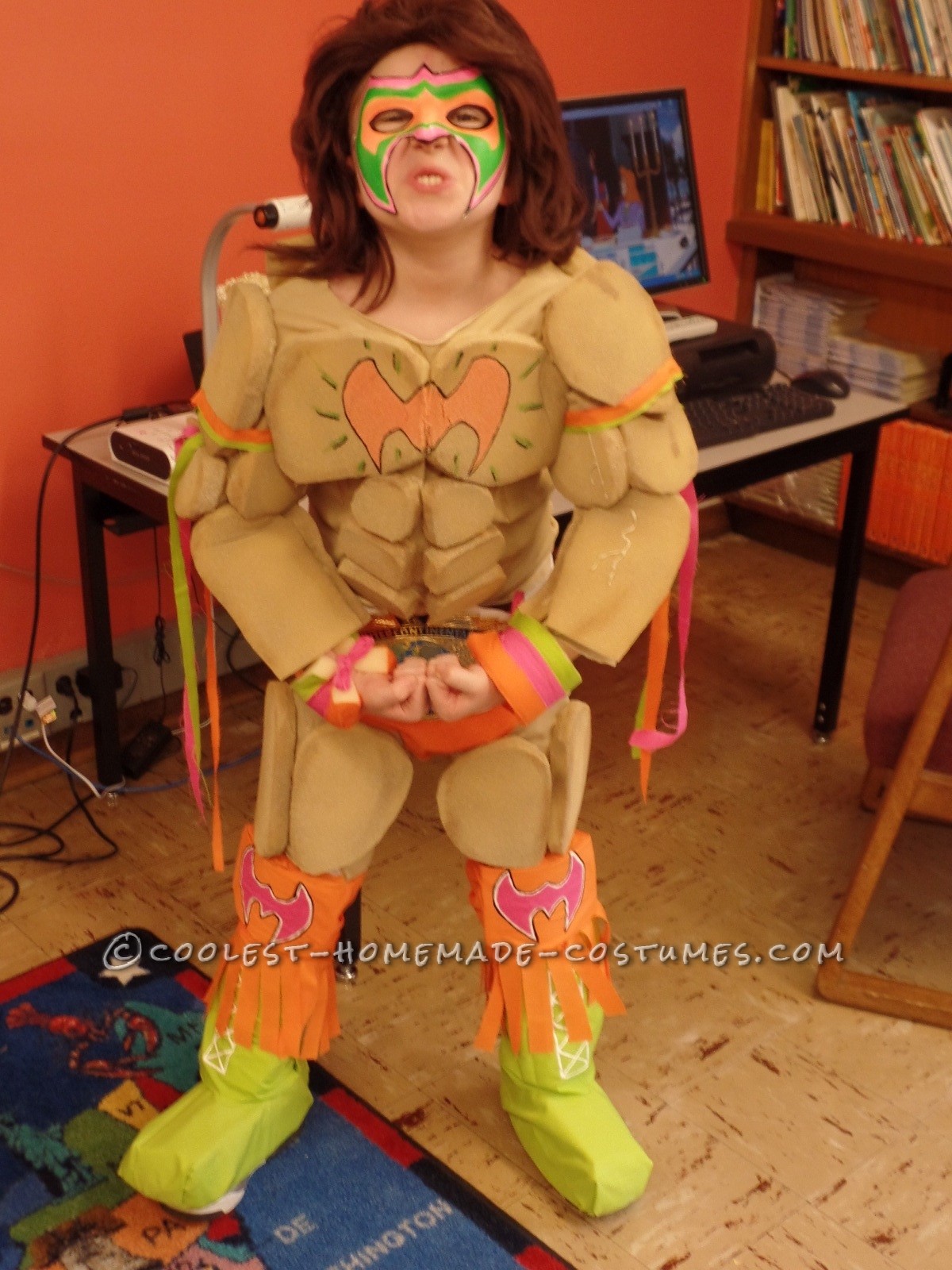 My 8 year old is a huge wrestling fan. For some reason he is obsessed with the 80’s wrestlers more than the ones of today (probably because the modern ones are lame!) His favorite wrestler is the Ultimate Warrior. He was looking forward to seeing the Warrior make some more guest appearances  in the WWE, but sadly the Warrior passed away earlier this year. It really seemed like the Ultimate Warrior was the ultimate choice for a Halloween costume this year, but there were none in any stores.

I guess it was time for Dad to take on the ultimate challenge and make one! I looked online and saw that many people made muscle suits from foam. So I cut muscle shapes from couch cushion foam and hot glued them to a white shirt and pants. I sprayed painted the body with beige satin paint, then I rubbed some darker tan acrylic to accent the muscles. I even hot glued some veins on there because this dude was jacked! Of course I had to paint the warrior symbol on the chest. I hot glued fabric on the suit (because I can’t sew).

I bought a plain white face mask, cut out the symbol and painted the design. This worked great because it looks like face paint but with out all the hassles. When kids get sent to school painted up, they usually look pretty rough by parade time (been there done that). I cut out warrior symbols and hot glued them to the suit. I also outlined them with fabric paint, which I used on the boot laces. For boot covers, it was just cardboard covered with fabric that slipped on before you put on the shoe. Lastly, I bought the belt and wig. I would say the whole thing cost under $100 bucks and probably took 2 to 3 weeks off and on to make. In the end it was a success.

My child dressed as his favorite character, some parents got a blast from the past, and my sons class mates thought it was cool…even though it was WAY before their time! 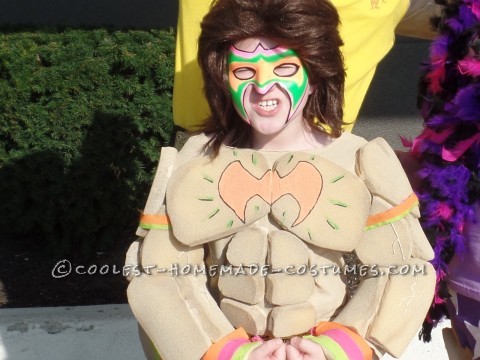 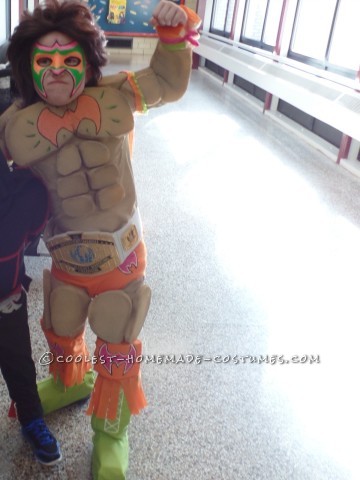