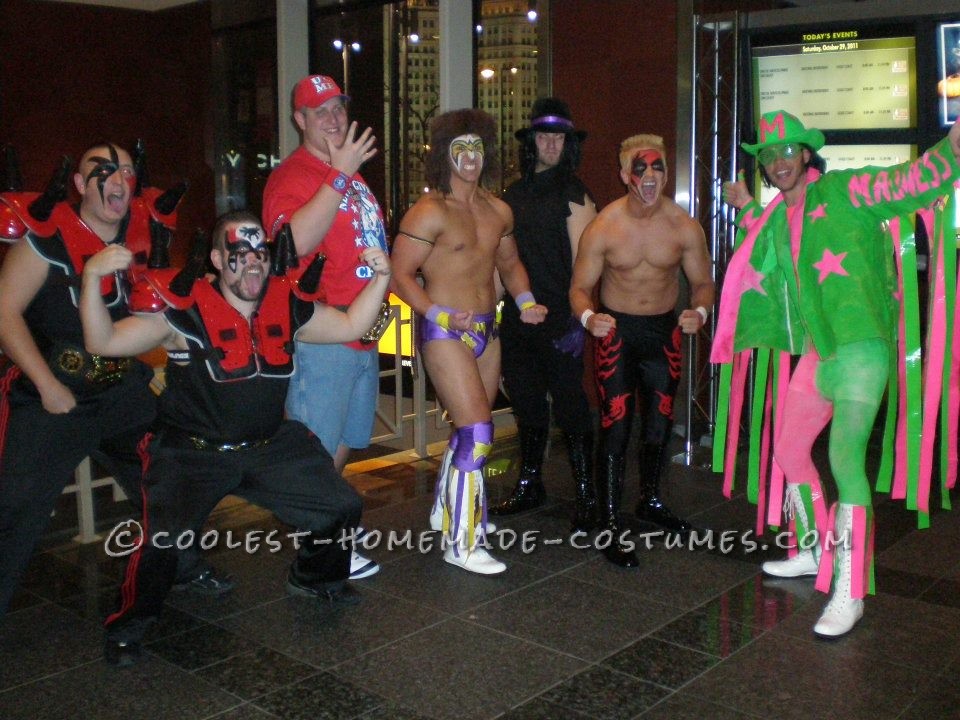 Legion of Doom, John Cena, Ultimate Warrior, Undertaker, Sting, Macho Man are all pictured. However, we also had Hulk Hogan, Bret Hart, and Stone Cold Steve Austin that are not in the picture. We decided as a group to select who we best would fit as a role, and we won 1st place at a large bar in Chicago. Overall it was a great experience, but it was fun making.

I personally made the Legion of Doom costume. Very hard making the pads, and somewhat expensive. We tried getting used shoulder pads, but nothing would fit, so we found some adult ones for around $75.00. We sprayed painted them red. Then we went to hobby store and found Styrofoam cones. We wrapped them with black electrical tape, and drilled screws into the pads from the bottom up, and stuck the cones on. They lasted all night, and have not fallen off once. It took a while to figure out the best way to keep them on. We tried every time of super glue, rubber cement, gorilla glue on the market, so it cost us more because of the trial runs.

Then when I decided to try to screw them on, it could not have worked out better. We got to take many pictures throughout the night as a group with wrestling fans because they appreciated our group effort.  I even shaved 2 mow hawks in my head for the Hawk costume. It had to be spot on! The funniest moment was after the bar closed, we had to spend 2 hours trying to find a cab outside in bitter Chicago cold, while Ultimate Warrior wore nothing but his speedo. Flagging down a cab was priceless but all worth the memories! 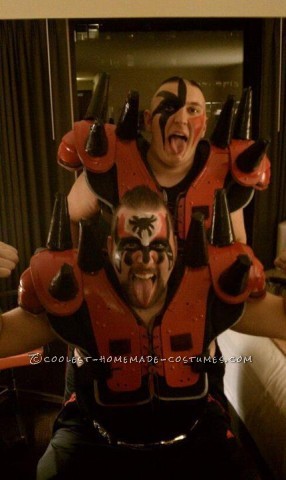 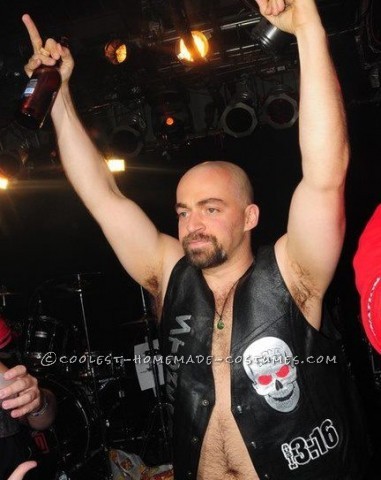 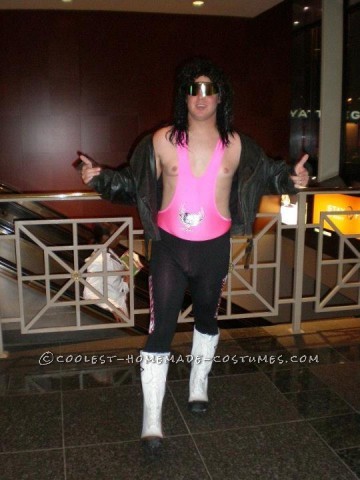