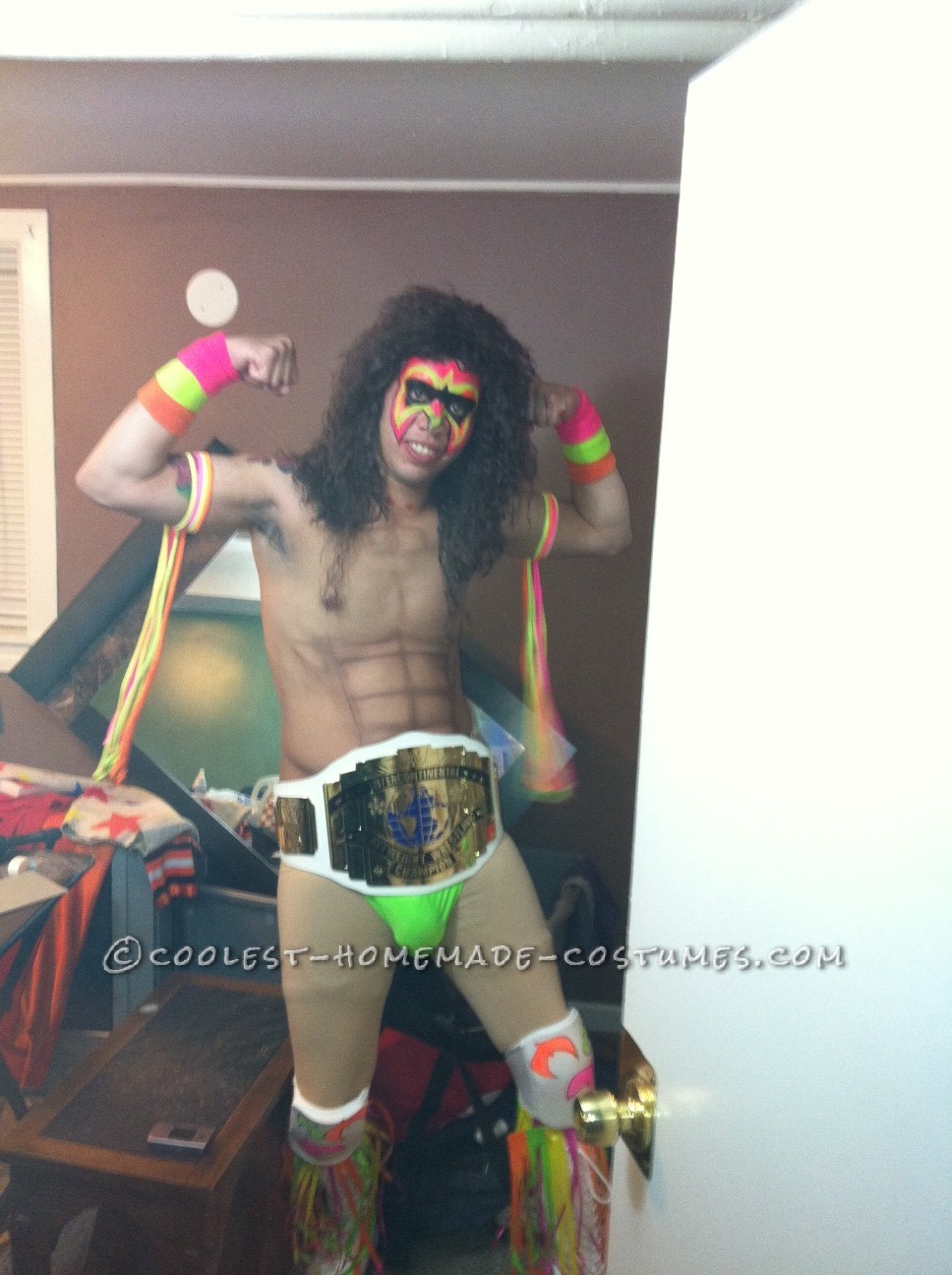 As an 80’s baby, which little boy did not love watching wrestling on TV? And who doesn’t remember the epic match between Hulk Hogan and The Ultimate Warrior? Boy, was that a classic. About a week before Halloween 2012 my cousin asks me what my thoughts were about creating him the Ultimate Warrior costume for our annual party. Being a fan of The Ultimate Warrior as a child I mastered his iconic symbol years ago, and with that thought I agreed.

We found the Speedo’s, arm strings, and the wrestling boots online and had them 2nd day aired to us. The wristband and nude colored leggings were purchased at a local clothing store, and found white volleyball knee pads at a sports store. The boot tassels were made from Velcro, with balloon strings in matching colors glued to it. We got lucky finding a wig that was similar to The Ultimate Warriors actual hair style and with a little snip it worked perfect. He was blessed by the Halloween gods when a friend of ours called him saying he would borrow him a WWF Championship replica belt.

After having all the materials I simply drew stencils in various sizes, cut them out, and airbrushed the iconic symbol on the Speedo’s and kneepads. I then outlined the symbols with a sharpie fabric marker. I also airbrushed the outline of his face with a stencil I created and free handed the rest of the face paint. After doing his makeup I painted the abs in with blush and wallah, magic! 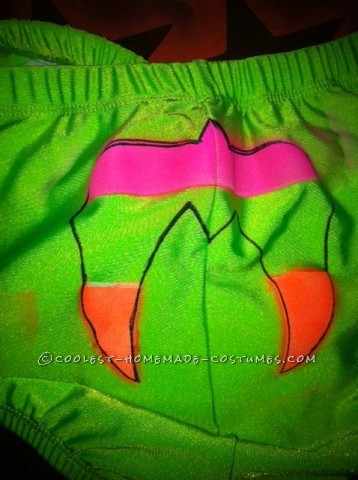 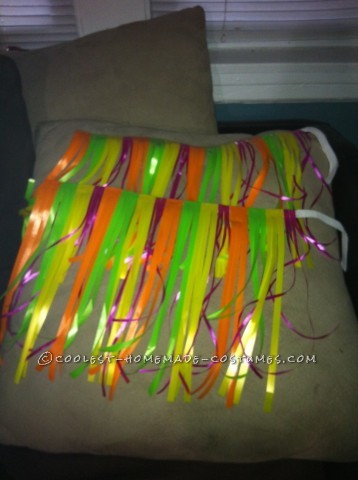 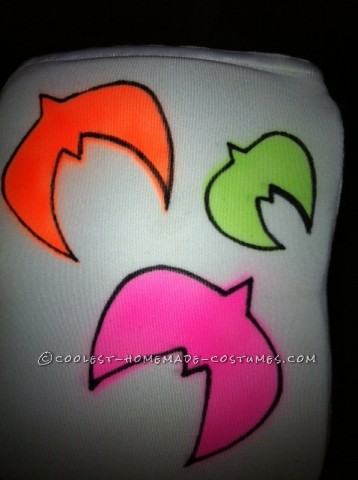