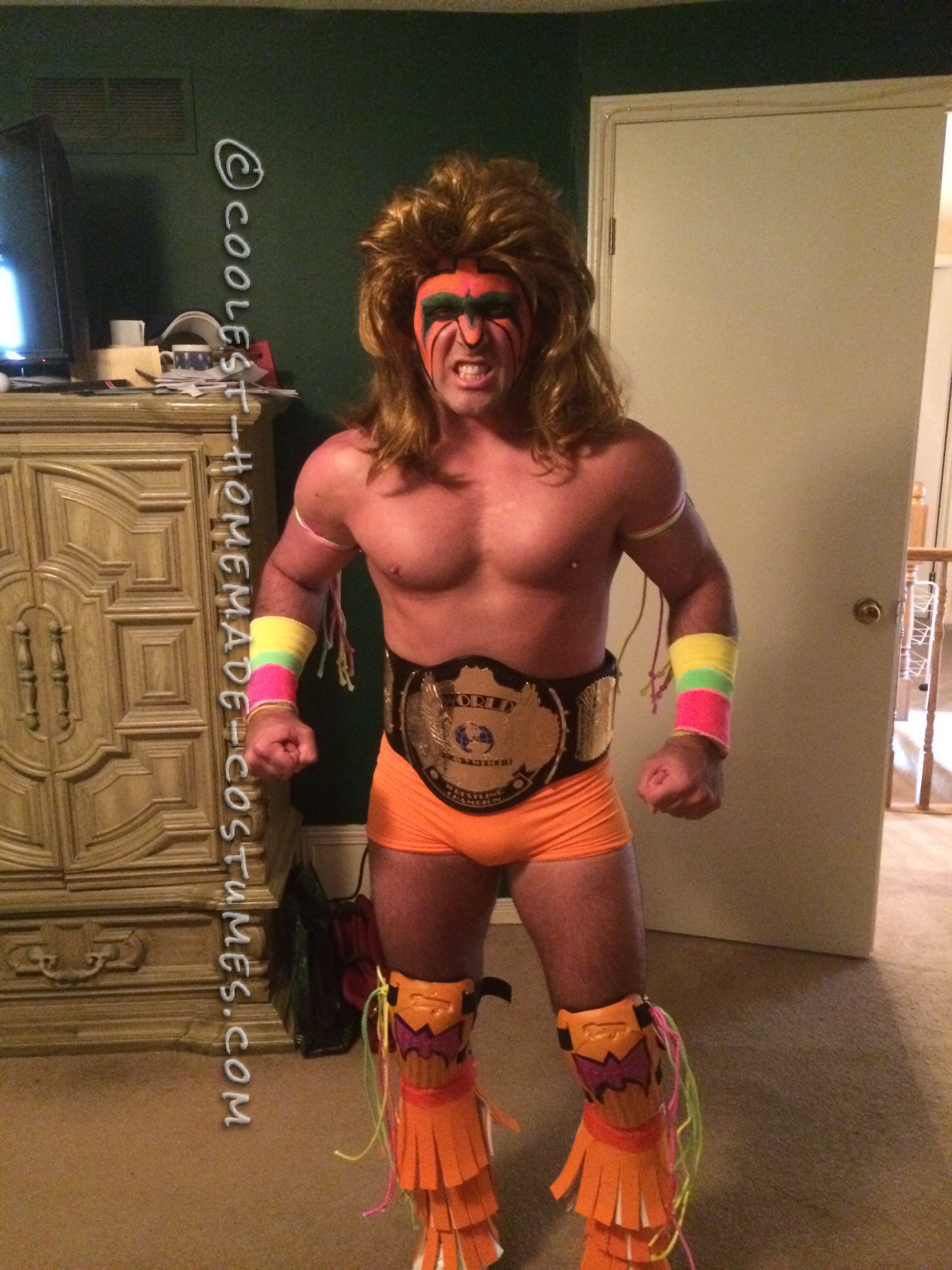 This Ultimate Warrior costume was made for a WWE Wrestling Theme Bachelor Party! Not only did we all dress up as wrestlers but we went to a WWE event! I picked the Ultimate Warrior because 1. He’s awesome and 2. With my face painted hopefully nobody would recognize me lol.

First I decided my theme colour would be orange so now I had to find some tiny orange speedos. I went to Walmart and searched through the 8-10 year old girl section which seemed to be the only section with Fluorescent colours lol. A lady who worked there asked if I needed some help and how old my daughter was lol. So to avoid looking like a complete weirdo I replied…”umm she’s 9 but kind of a bigger girl” lol. She pulled out these bright orange short shorts (which were perfect) but now I had to ask her if I could try them on lol…she gave me a disgusted look so I had to explain the whole WWE costume bachelor party thing lol!

For the boots I bought wrestling boots (white) from amazon.com ($60) Then I bought orange foam sheets…cut them into tassels and hand sewed them onto the boots. It was a lot of work but as you can see from the pictures…the boots made the costume. The knee pads are black painter pads that I spray painted orange and then spray painted the Warrior symbol on them. It was hard to find Fluorescent coloured wrist bands so I went to Ardene and bought girls knee high socks and cut them into wrist bands. Yes I was getting some weird looks shopping in all these female teenager stores lol but I made a point to explain what I was doing buying all these bright accessories lol. The wig was bought from a costume warehouse, which I cut and hair sprayed into place and then did my own face paint to transform myself into the Ultimate Warrior! A friend of mine had an authentic WWE Wrestling Champion Belt which put the exclamation point on the BEST Ultimate Warrior Costume Ever!

Now I would like to say it was a great show…but I barely saw 2 seconds of it. Before I could get into our box suites there were literally hundreds of kids and parents asking to take photographs with me lol. I explained that I wasn’t a real wrestler lol and that we were all there for a bachelor party but the parents insisted…so how could I say no? So for 2hrs I posed with kids and their parents lol and hopefully did the late Ultimate Warrior proud! 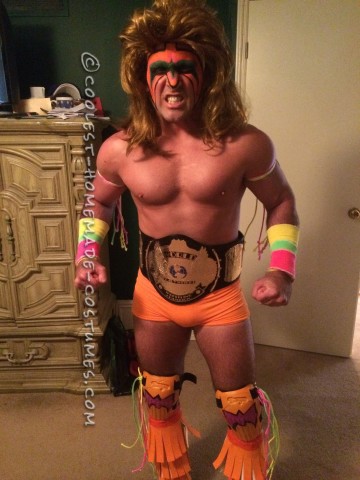 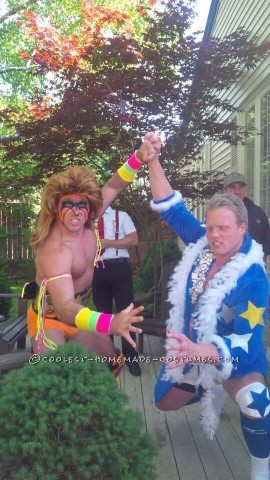 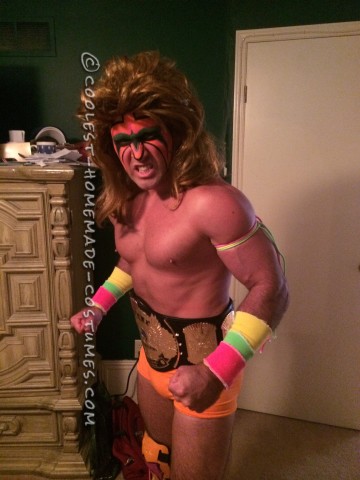 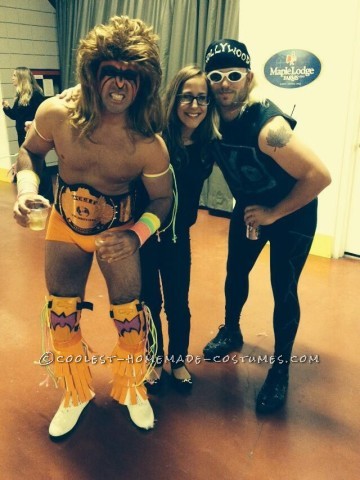 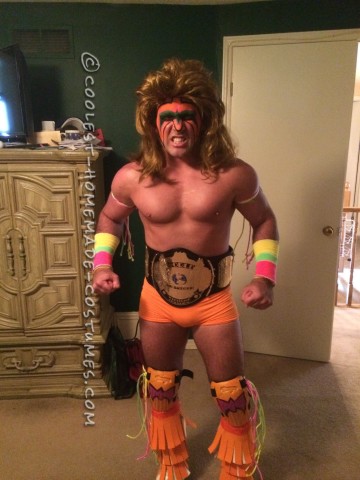