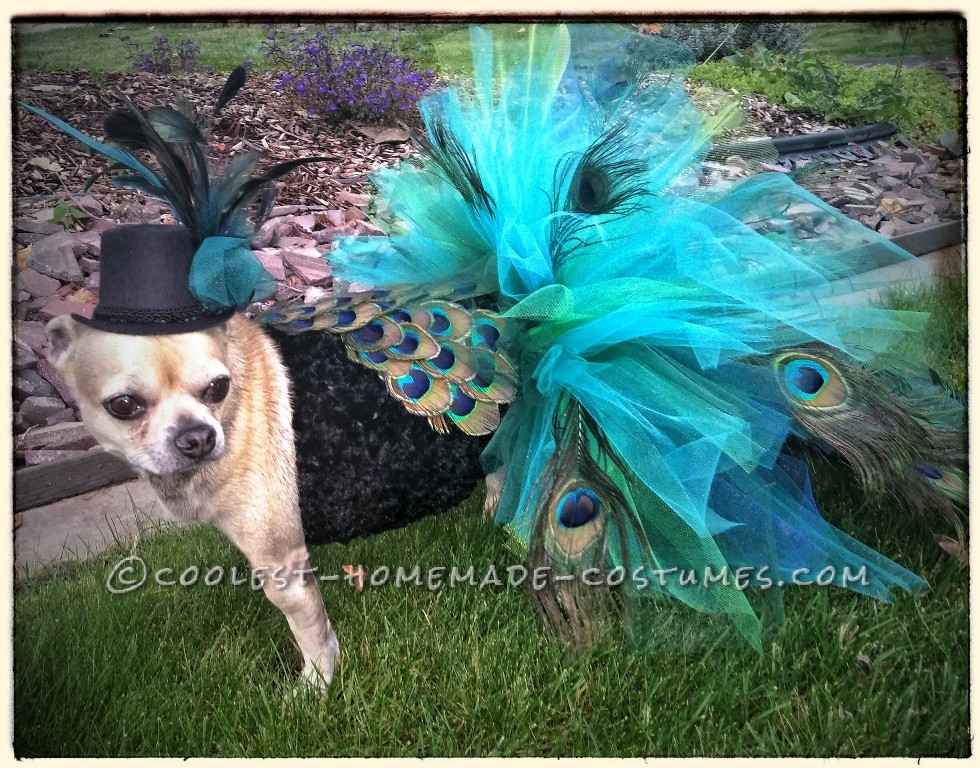 Once Upon a Time… There was this crazy dog lady who treated her Chihuahua like her child and would even dress her up in outfits like she was a human.  The lady was out to dinner with her fiancé at a restaurant that had wild peacocks roaming the patio area and she made the comment that her furbaby, Peanut, would probably love to play with the peacocks.  The fiancé wasn’t listening to the lady talk (this was not an unusual thing for him to do) and when the lady noticed that he wasn’t paying attention she asked him, “are you even listening to me?!”  The fiancé insisted that he was listening so she asked him to repeat what she had told him as proof that he was in fact listening to her.

He confidently responds, “You said ‘I bet Peanut would love to play a peacock”…. The lady looks at him as if he has sprouted a second nose because not only was he not listening but it made no sense whatsoever, why would a Chihuahua want to play a bird? How would a Chihuahua play a bird? Act it out? Play it like an instrument?  As her mind went through all of these questions an idea was born.  Halloween was quickly approaching and maybe her dog WOULD love to “play” a peacock.  It was decided, she was going to dress up her furbaby in an extravagant, hand-made peacock costume.  After all, the crazy dog lady had gone to school for fashion design so she may as well put that college degree to some use.

How do you turn a Chihuahua into a peacock?

Peanut’s mom went online and looked at dozens of pictures of real life peacocks so she could get a visual understanding of their physical characteristics.  As she looked through peacock photos there were some other photos of hats, tutus, and costumes for humans who wanted to “play” a peacock for Halloween.  One photo in particular of a hat reminded her of a steampunk style accessory which she thought was a really neat look.  Steampunk is a style that incorporates 19th century fashion with a steam powered mechanical flare to create a funky, science fiction look.  It was perfect! Rather than taking a completely literal approach to this peacock idea she would add a funky flare.

The goods to make it happen…

And so it begins!

Peanut’s mom first put the tutu/tail piece around her waist then put the fuzzy headband on over the top of it appears to all be one piece.  Then she put the hat on Peanut’s head and her vision had come to life.  Not only was it exactly what she had envisioned but it was also easy for Peanut to wear.  She took her outside to take pictures and the neighbors all gasped when they saw this masterpiece.  “Look at that beautiful tail!” They were in awe of the costume and Peanut strut around like she was on the catwalk, loving all the attention people were giving her. 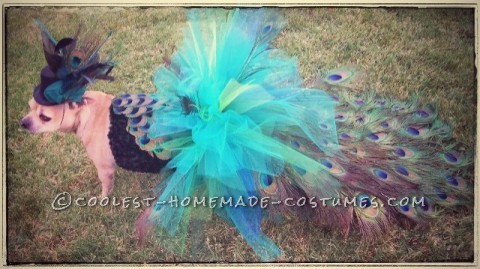 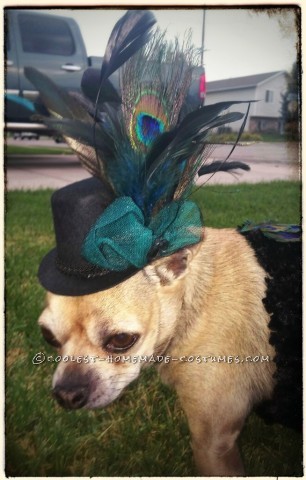 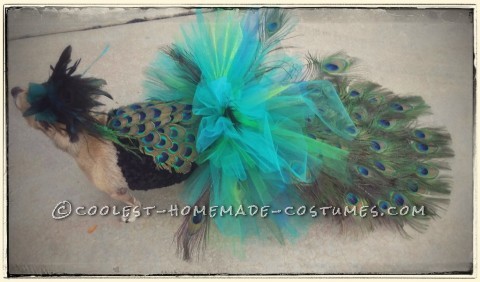 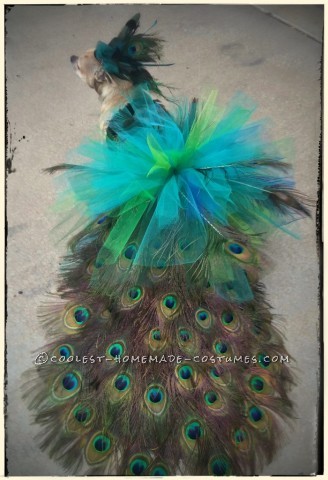