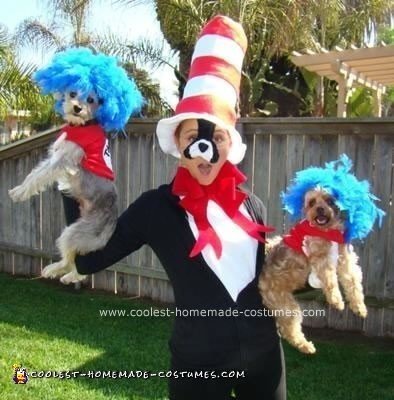 This Homemade Cat in the Hat Costume was my first time making a costume and I can’t believe how AWESOME it turned out! I didn’t even have a sewing machine so I had to sew everything by hand! It took me many hours but was totally worth it!

For the dog Thing One and Thing Two costumes I got red fabric and a basic dog pattern for a sleeveless shirt that would Velcro under the belly and around the neck. I found this pattern doing some Google searches and all my supplies came from Jo Ann’s fabric. I used a piece of white felt for the circle on their backs and bought black felt letters to spell out the words “thing one and thing two” on their white felt circles. I bought the letters instead of cutting them out, to save much time and to have the letters look neater.

To create there blue hair I used to dog hats I previously had. One was a top hat and one was a fishing hat. I bought a blue feather boa from Jo Ann’s and sewed it around the top of the hat. The hats had a Velcro strap to hold them on the dogs head but in my experience this does not really keep the hat on; once the dog starts playing. So I bought elastic and a draw string that I sewed in place of the Velcro strap. This way I can tighten the hat as needed.

For the Cat in the Hat costume, I used black slippers and sweat pants found around the house. I used a white high neck tee shirt as the cat belly and then half zipped up a black sweatshirt for the rest of the cat body. I got white gloves from the photo booth at target for free. Then I used an old outdoor/indoor red Christmas bow for wreaths around my neck. I just tied a piece of elastic around the bow to slip it on and over my head. I went to Jo Ann Fabrics and bought a fur cat face headband and cat tail as a package for six bucks. I attached the tail with a safety pin to my sweatshirt so that I could remove my jacket and tail easily for driving and sitting. The I bought the hat for ten bucks at Party City. I recommend blowing up zip lock bags and using them to fill the hat and straighten it out. I tried using shredded paper at first and the hat was way to top heavy.

Our costumes were a big hit and so much fun to wear! Have fun and be creative! 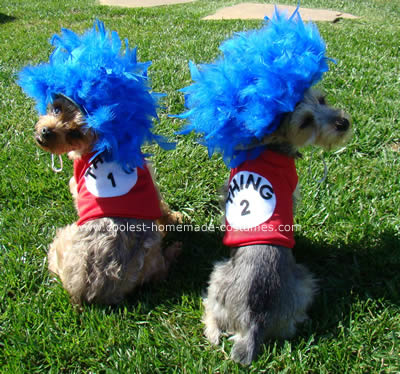 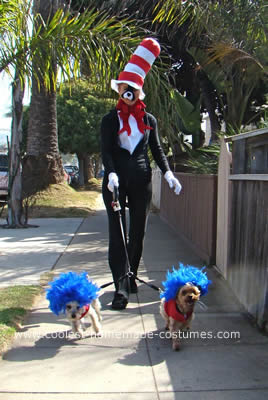 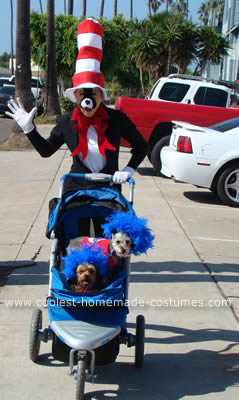 6 thoughts on “Coolest Homemade Cat in the Hat Costume”