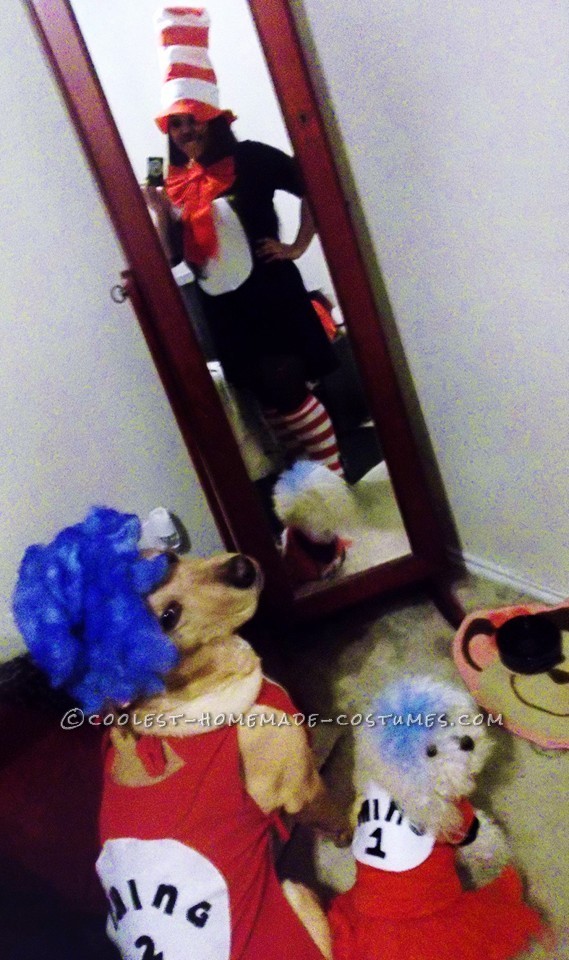 The “belly” was made out of white felt that I cut into an oval shape & pinned it to one of my black dresses. I used an old Christmas bow as the tie and the hat was actually a patriotic hat that had blue stars all around the first row. I cut out & glued white felt strips to cover up the blue stars. The socks and the make up finished up the look.

Cut out two white felt circles and glued them to the front and back of an old Valentines day red shirt. I than used black felt to cut out the letters and  glued them to the white circles. She wore the Thing 1 t-shirt over a red dress that had a tutu skirt. I colored her hair using blue eye shadow.

Used an old red t-shirt that belong to my brother, cut out the pattern and hand sow it together. White and black felt were also glued on the shirt to make the logo. For his hair, I planned on using cotton balls but instead used the stuffing of an old dog toy & glued it to an old cowboy hat and spray painted it blue.

These were the easiest costumes and I loved how they turned out! My dogs are always such sports when it comes to Halloween. They always play along! :) 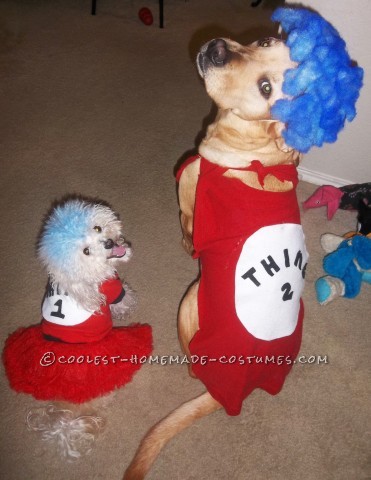 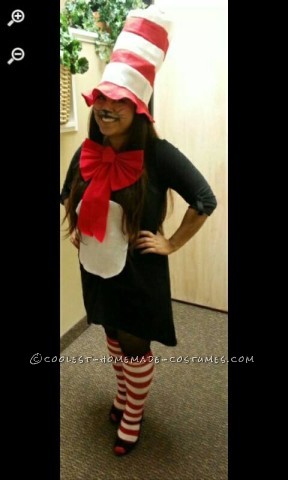 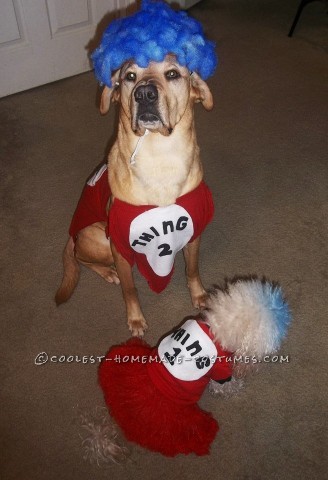 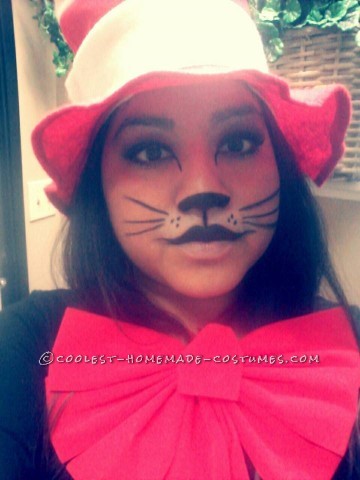